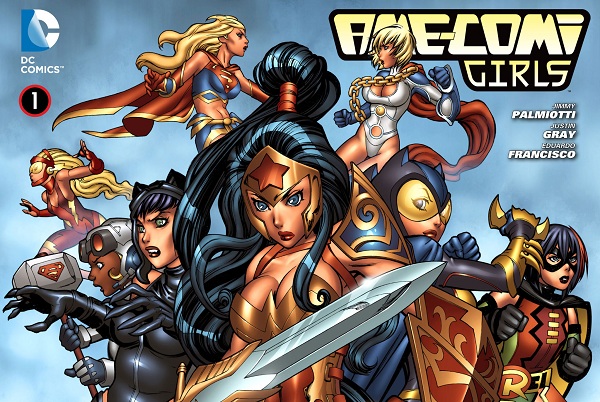 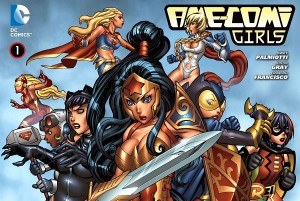 I’ve heard a lot lately about how the big two comic companies aren’t investing in comics for kids and newer fans — that every book they produce is either too young or (in many more cases) too mature for a tween (ugh) audience. To be fair, it’s a pickle when their top offerings for kids’ comic books sell less than 10,000 copies in the direct market a month. Is it reasonable to expect more monthly titles when the ones currently published don’t seem to have the financial support to match internet-voiced demand? As I pondered yesterday morning what DC in particular could do to start offering more books that could hearken in tone back to when I was kid, I suddenly was struck by a glaring realization.

DC’s digital-first offerings are, across the board, exactly the type of book I see fans online clamoring for: well-written, beautifully drawn, strongly paced tales without nary a severed head or see-through bikini. Batman Beyond, Justice League Beyond, Smallville Season 11, Legends of the Dark Knight — all titles that could easily have been my ticket into comics once upon a time, and certainly satisfy my craving for good, old-fashioned super-heroism that doesn’t feel like it’s watered down for the kiddies. And the best of all of them to date? That would be Ame-Comi Girls.

Palmiotti and Gray have managed to take a collectible statue line of female superheroes that many comic book fans deride as mildly exploitative, and transform it into one of the strongest positive representations of the same on the comic stands today. Wonder Woman, Batgirl and Robin, Duela Dent, Power Girl and Supergirl, Catwoman, Steel, the Flash, Harley Quinn — all female characters developing for the first time in a world where they can’t be overshadowed by male counterparts. Yet, all are instantly recognizable in relation to their long-standing individual histories (some may argue more recognizable than their current New 52 counterparts). Power Girl is without a doubt the brassy, take no prisoners hero of the tale, just as she was the first time Palmiotti and Gray served as her scribes. Duela Dent, dusted off from decades of underuse, shines as a mad antagonist who only serves herself. And the foe they face may be a tad more frightening than her original version ever has been.

With no shortage on action throughout the series, a rotating team of artists has ably drawn Ame-Comi Girls, but Francisco is an excellent choice to depict this first chapter of the heroes assembled. His armored Wonder Woman flies across the screen with grace and determination, leading the other heroes in battle, packing detail into every panel to make the half-page format feel like it’s worth a slow page turn. In that aspect, I find the biggest surprise of all in this digital-first series — I feel like I’ve gotten far more than my .99 worth with each weekly installment and find myself looking forward to the inevitable announcement of a new issue every Monday morning.