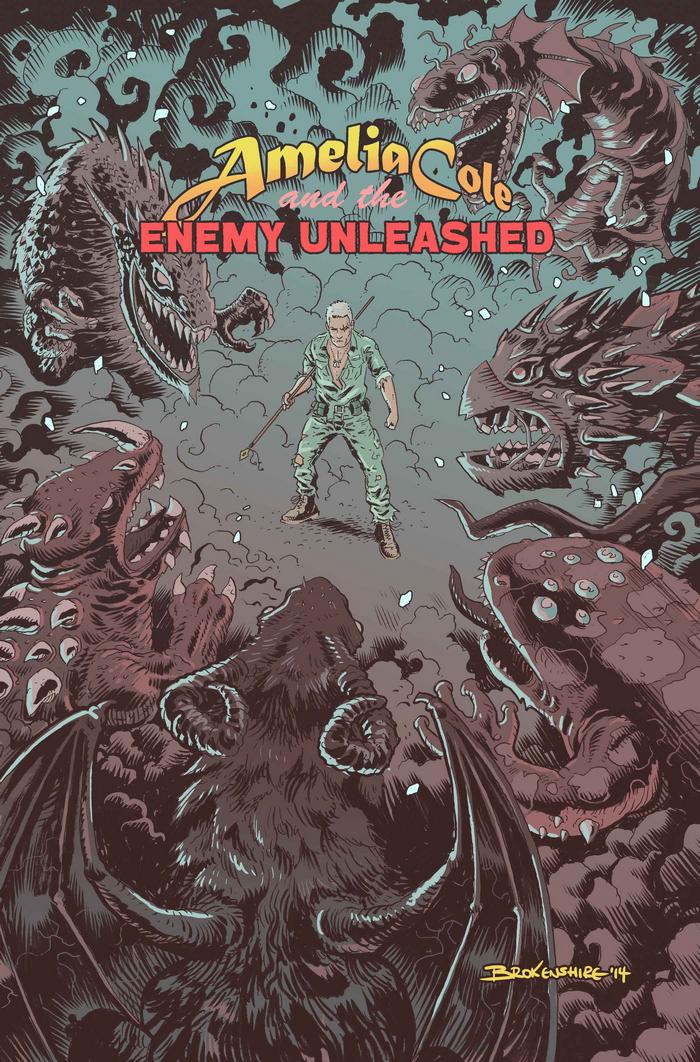 The action intensifies in the world of Amelia Cole as she’s once again on the run, and Omega Company’s storyline takes a dramatic turn in Amelia Cole #15.

Knave and Kirkbride are writing a really fun world to read in this comic. Amelia is one of the most charming characters in comics and any panel featuring her wit is a fun one to read. While things aren’t looking good for Amelia or Omega Company in this comic the writers keep the dialogue light when it needs to be and maintain the all-ages feel of this comic. Any teen or tween who enjoys fantasy stories needs to be reading this book, but don’t mistake it for a kids-only story. There is a lot to love in this issue for readers of all-ages and I applaud Knave and Kirkbride for keeping the spirit of the early issues consistent as we move through The Enemy Unleashed. The writers inject a lot of humour despite the situations the characters are in which help keeps the pace of the book light and brisk. There are some great one liners and, most of all, this comic has a lot of heart. This issue features a noble sacrifice that was very well written, and the story really sticks the landing at the end.

Nick Brokenshire’s art is strong in this issue, fleshing out the already well defined Amelia Cole-verse. This has become a very familiar and welcoming world and with each issue his pencils become a bit tighter. There are some really interesting layouts in this comic and the colour work by Ruiz Moreno pops from the page. Brokenshire’s artwork is the perfect compliment to the writing, the two forces merging to set an excellent tone for this comic. Brokenshire balances the humorous aspects of the issue with the grim, and gives one of the characters a proper visual send off befitting his name. His work in issue #15 is as consistent as ever and as the story gets wilder I’m excited to see what is in store for readers to feast their eyes upon.

Amelia Cole #15 is the best bang for your buck that you are going to find on any Wednesday. Clocking in a $0.99, readers are getting a comic that is arguable better than many that cost 3 or 4 times as much. This issue is a great continuation of the story and each time there is a new issue of Amelia Cole it feels like heading back to a fun, comfortable world. Even when things are going wrong everywhere the comic has a lot of humour and heart that combine with a great sense of adventure to make for a very entertaining read. I highly recommend you pick up this comic, and head back to #1 if you are unfamiliar with the series. You won’t be disappointed.