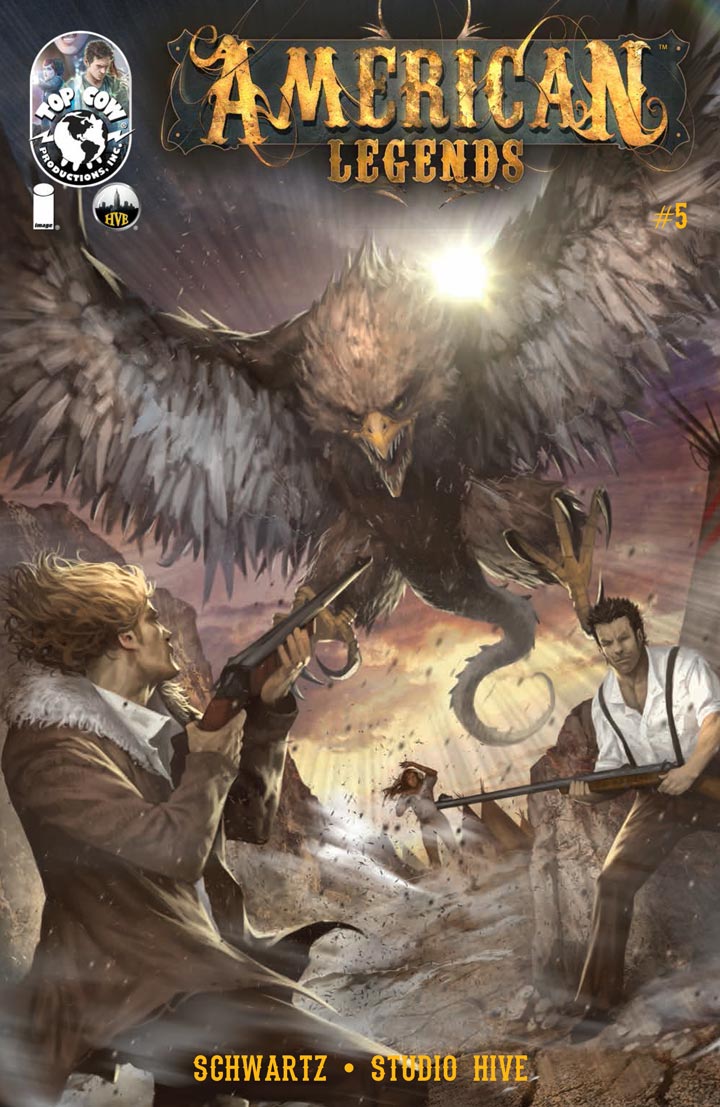 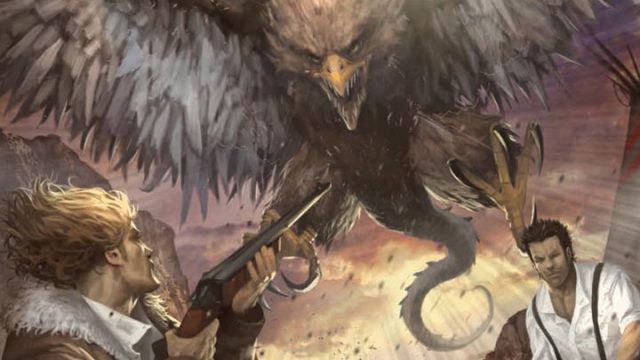 The concept of American Legends intrigued me. I love the idea of taking classic, American folklore, jazzing it up a bit with even more supernatural wackiness, and giving readers a fresh take on those same, old stories we all know by heart. The Schwartz’s even added in a tough, new, female lead with Sally Thunder! Clearly they were writing this series for people like me, right? Wrong.

These final two issues are packed with inconsistent story telling, stereotypical characters, overused tropes, and heavy, religious undertones. In this version of the legend, for instance, Johnny Appleseed is a kooky loner in the woods doing “God’s work” by spreading apple seeds laced with all the love and joy of the good Lord. Davy Crockett and Mike Fink are both in love with Sally, who (rather than being the strong female lead I think the writers were going for) does little more than constantly insult her companions, and require rescuing. Truly, you can’t help but hate her character.

As if that weren’t bad enough, they brought the Sioux into the story by using nearly every stereotype possible, up to and including writing their dialogue phonetically instead of bothering to use the actual Sioux language. When they’re not shouting phrases like, “Aye-ye-ye!” the few Sioux characters that speak will randomly switch between struggling with broken English and using decidedly modern, American colloquialisms. Every aspect of the writing, from the painful to read dialogue and Dukes of Hazard style narration to the one-dimensional characters and inconsistent story telling is poorly executed at best.

In keeping with the inconsistent theme, the artwork manages to somehow maintain a basic feel throughout, yet change just enough from page to page to be jarring. This is particularly noticeable with the three main characters, as they never seem to be drawn the same way twice. It feels as though a team of artists was given a general description of what each character should look like and then they were all assigned different pages to draw and sent off to separate rooms to work independently. If their clothing and hair length were not kept consistent, there would be little hope of knowing who was who from page to page. Sometimes Sally was a brunette; sometimes she was a screaming redhead, and on more than half the pages, their faces were little more than random smudges devoid of any discernible features. For the most part, the artwork felt flatly digital and rushed.

Overall, American Legends was disappointing. While I was hoping for an interesting retelling of some classic, American folklore, what I got was a mash-up of trite stories with all the inherent racial stereotypes and proselytism of the old stories, but none of the charm. Combined with lackluster writing and sloppy artwork, this is definitely a title to pass on.