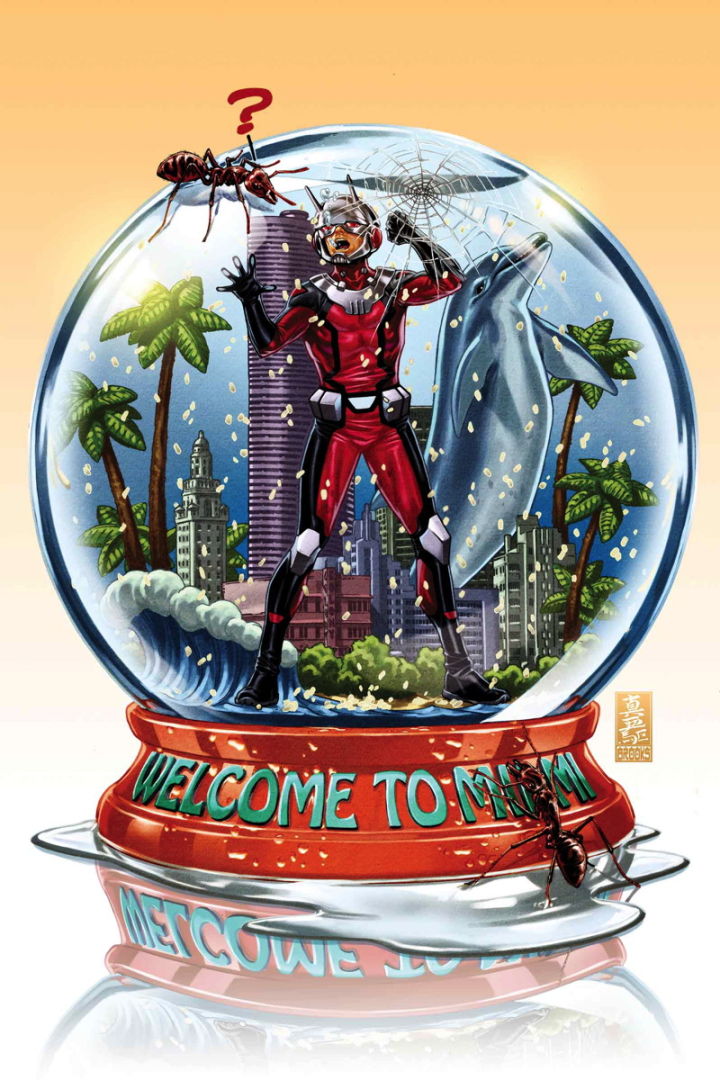 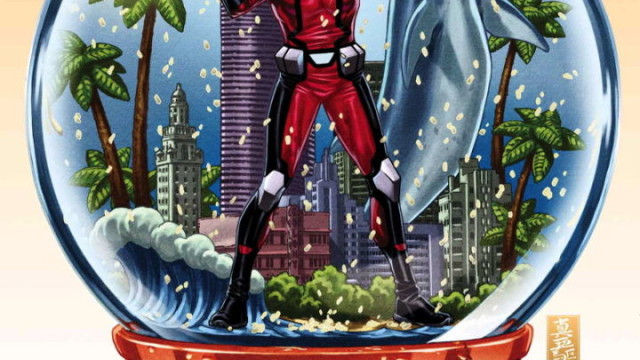 Ant-Man leaves the superhero capital of the world, New York City, and begins his new life in Miami. But don’t worry, Miami also contains its fair share of super villains and crime.

At this point they should call bringing a C-list character back from the Marvel Vault a ‘Nick Spencer thing’, because he continues to do just that inside Ant-Man. Grizzly, who made a brief appearance in Spencer’s Superior Foes of Spider-Man, is the latest low tier villain to get called up to the big leagues. His introduction, naturally, is a fight sequence and a solid one at that.

After the opener, issue #2 settles into the main story and Scott (Ant-Man) begrudgingly being forced to be an adult. While applying for a business loan, Ant-Man is put into the best scene of the issue. Scott Lang, appropriately dressed as Ant-Man for a business meeting, shows both ends of the spectrum for the character and introduces a character that may or may not play an integral role for Scott in the future. Ant-Man #2 quickly reverts back to ridiculousness, but the balance is there.

Not a problem by any means — because the comic had universal praise and rightly so — but it is hard to not see Superior Foes of Spider-Man influence all over the book. The tone, the look, and the jokes feel like I’m reading issue #18 of Superior Foes and not a new title. For Ant-Man to stand by itself, the relationship between Scott and his daughter must be in the forefront and strong. They have been very good together two issues in. His daughter didn’t play a huge role in this issue, but her influence was felt and the panels she was featured in were well done and made a big impact.

The humor has more hits than misses, but there were still misses. Character interaction and dialogue were fun and fast-paced. The humor struggled with Ant-Man’s internal voiceover. Stuck between fourth wall breaking and actual internal monologue, there isn’t a consistency and it sometimes falls apart.

Rosana’s art was strong. After an extremely impressive issue #1, issue #2 doesn’t quite match. The drop is not fault of the artist, however, as he didn’t have as much to work with compared to the creative uses of size from issue #1. Ant-Man was drawn clean and colors were light and bright and matched the tone of the writing. Sometimes the artists get panels to flex their creative muscles and sometimes they need to keep the story moving forward in the most efficient way possible. Issue #2 was the latter.

Ant-Man is a fun book. A really fun book. I mean, that’s all you really need to know. This could have been a 9 word review and under 140 characters. As I struggled to put pen to paper, I realized I had read the book 4 times and my enjoyment level never wavered from first reading to fourth.  And that’s what it’s all about, especially when there is a $3.99 price tag attached to the comic.