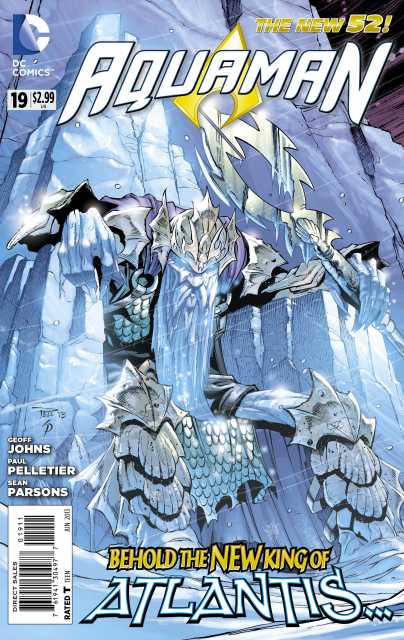 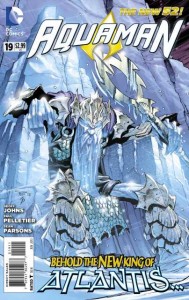 Aquaman #19 features a whole lot of moving pieces, but do any of them actually fit together?

I’ve been hooked on Aquaman since the Throne of Atlantis crossover began, with the title being arguably my favourite DC book for the past few months. Issue #19 sadly takes a turn toward the mediocre with a cover teasing an epic moment that is never realized, and a whole lot of snippets of stories that never intersect or tie together at all. The majority of the dialogue is bland, and while parts of the story were interesting, absolutely nothing got fleshed out at all. The comic almost reads like an Aquaman anthology title, whipping from one section of the ocean to the next, never giving any of the threads their due time, or tying them together at all. After the big ominous reveal of issue #18 I was expecting some kind of fireworks, but instead readers are bounced around Aquaman’s cast of characters like a pinball, getting extremely brief looks at a bunch of different theatres with no real depth to any of them. There is an interesting tease at the end of the book, with a final tag line that I actually found added to my confusion rather than piqued my interest and I’m still not entirely sure what to make of that. Johns may very well be using this issue to plant the seeds to launch the next few arcs of Aquaman, and I am far from writing off the series by any means. This series as a whole has been far too strong to not continue with, and I do want to see where some of these storylines end up.

Paul Pelletier’s art is strong throughout the issue, which features some pretty impressive splash pages. His style is well suited to the stories and feel of the script with clean, sharp lines and a classic superhero polished look. The pages featuring Mara stood out to my eye as he pencils her with an energy and fire that leaps off of the page. He does a great job framing shots in this comic for maximum impact and the consistency of his artwork no matter what environment he is penciling does help mitigate the bumpy flow of moving through so many different storylines in a single issue.

Aquaman #19 is one of those issues that simply tries to do too much, and all aspects of the story suffer. I am definitely in for issue #20 and onward based on the strength of the run so far, and hopefully all these loose threads start to weave together in some strong issues going forward.