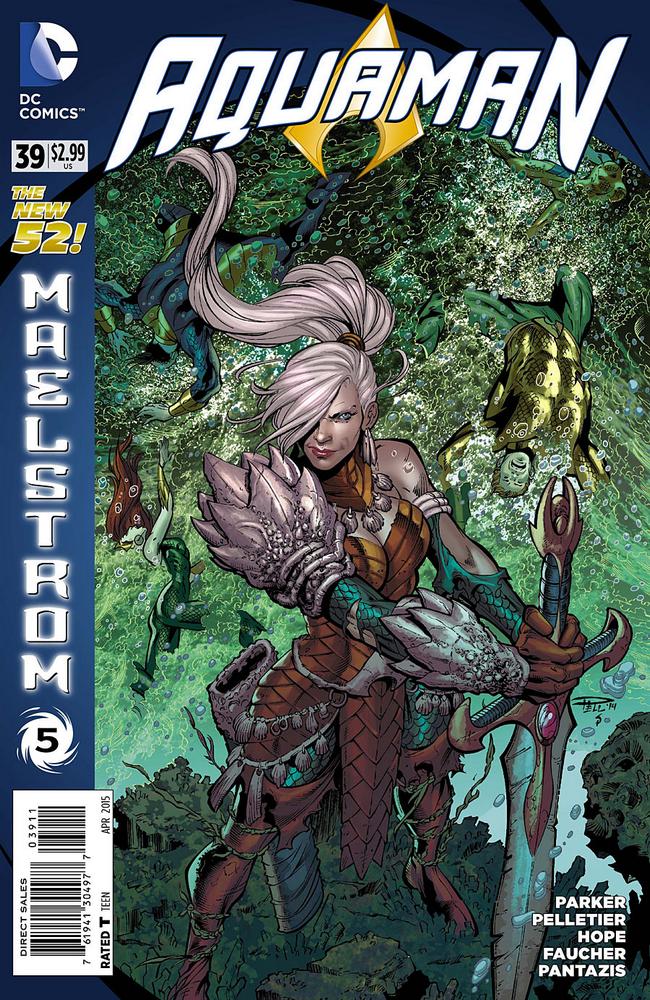 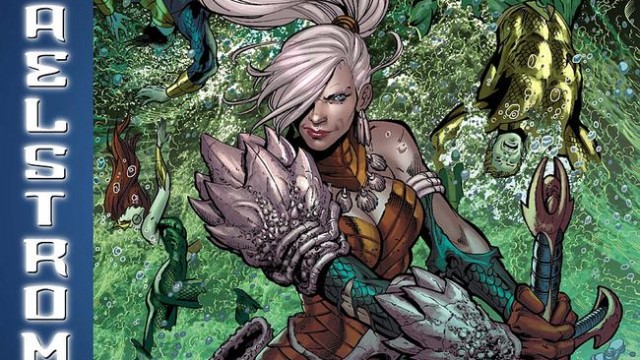 Damn, this comic is a ton of fun.

Arthur and Mera have found Aquamom, and because nothing is ever easy, sparks fly. Parker writes Arthur and Mera so very well, and with each issue Mera cements herself as my favourite female character in comics. Their banter while under fire is fantastic and made me smile every single time they appeared in a panel. There is a ton of action in this script but the pair lighten the drama and keep this adventure light hearted and fun. The political aspects of Aquaman are always there, which rounds out this story very nicely, and they balance the light aspects and make this one of the most fully formed series in comics. This issue has everything: big action, political ramifications, witty relationship banter, a kickass heroine, a kickass hero, his kickass mom, a whole new world & society to explore that exists in the vastness of the ocean. Parker is doing a remarkable amount of world building in Aquaman while still handling all the ongoing plotlines of political tension, familial tension, and the threats that are always around in Arthur’s kingdom. The net result is a grand, epic series with strong storylines and single issues that are jam packed with more entertainment than damn near every other superhero book in stores today. Parker writes Aquaman very well and while Johns started his march back into being a kickass character, Parker is the one who is solidifying it with every issue.

Paul Pelletier’s pencils are sharp in this issue, building a whole new world that feels like an interesting take on the Savage Land. There is a remarkable amount of detail in these pages and his character work never suffers for the detail of fleshing out the world around the primary players of the issue. He delivers a couple standout splash pages that are flat-out impressive and show the scope of the creatures that exist in this world very well. Pelletier does a great job of penciling Arthur’s mother, giving her a regal stature and strength. It is obvious she’s royal, and very apparent she is Arthur’s mother without simply looking like a female version of Arthur. Pelletier has done a fantastic job with the various theatres Aquaman has ventured to in this series and his work in issue #39 shows that he can handle pretty much anything thrown at him.

Aquaman #39 is another fun issue in what has been a very strong series for many months. Great character work, big action and strong artwork are the highlights and I definitely recommend this comic to anyone who likes grand adventure tales that span across large kingdoms. This title has been in its own world for a long time now and it works. No other parts of the DCU are needed, issue #39 has got all the right elements to make this story fly with just Aquaman and co.