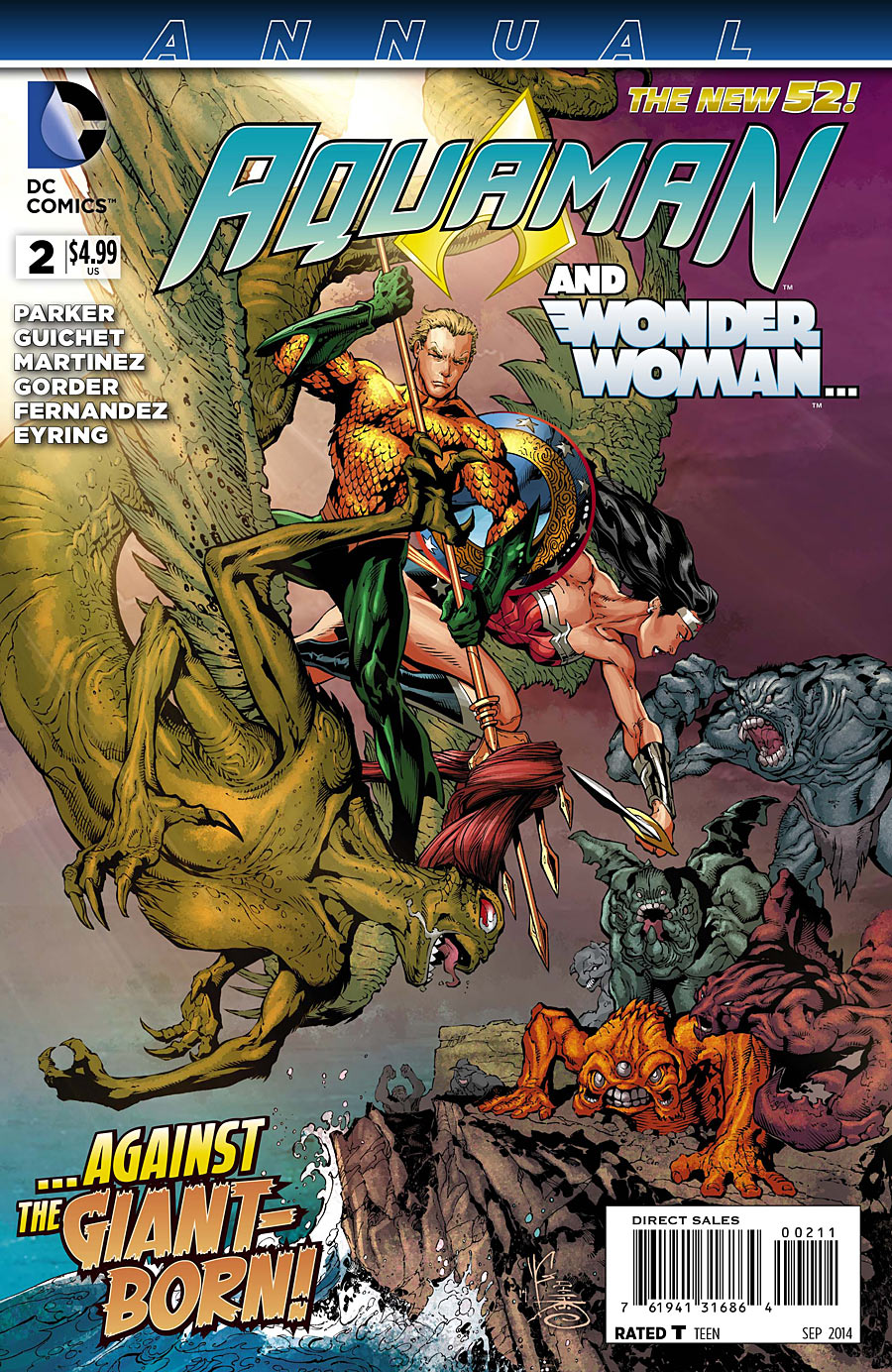 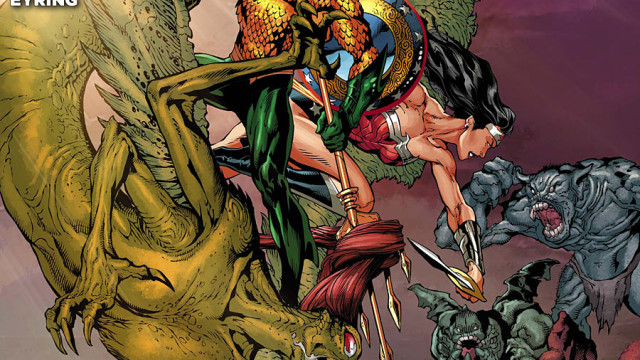 Wonder Woman guest stars as the Justice Leaguers hunt down the Giant Born in this Aquaman annual.

Jeff Parker revisits the Giant Born storyline in this annual, featuring a pair of interesting stories with some good ol’ fashioned monster huntin’. Wonder Woman and Aquaman are a solid duo together, and Parker writes them well. It’s not often we see this pairing, and they work well together. This is a logical reason for the pair to be in the same issue, and the villains create a situation that brings the two together in an organic way. Wonder Woman is entertaining as a monster hunter, and Aquaman is stoic and king-ly. It’s two heavyweights at their best, carving through some monsters. While the plot isn’t overly twisting, it works and sometimes it is nice to read a straightforward story done well. The backup story featuring Mera is even stronger than the primary plot, and if there aren’t more team-ups featuring Mera and Diana in the future it will be a damn shame.

Yves Guichet and Alvaro Martinez both deliver solid artwork in this annual, telling the story well. Their style is very fitting for the DC house style, but it works for this story. Both artists handle the monsters well, and that is what really makes this issue fly. The dynamic monsters are the stars of the show, and watching these heroes pummel them is just a flat out good time. This is one of those straightforward comics where the the artists and writer deliver a solid tale that is a good bang for the buck.

Aquaman Annual #2 is a solid comic and a well done annual. Fans of the series will enjoy the consistent writing from Jeff Parker and some resolution for the Giant Born storyline. The King of Atlantis and Wonder Woman throwing down on some monsters. ‘Nuff said.