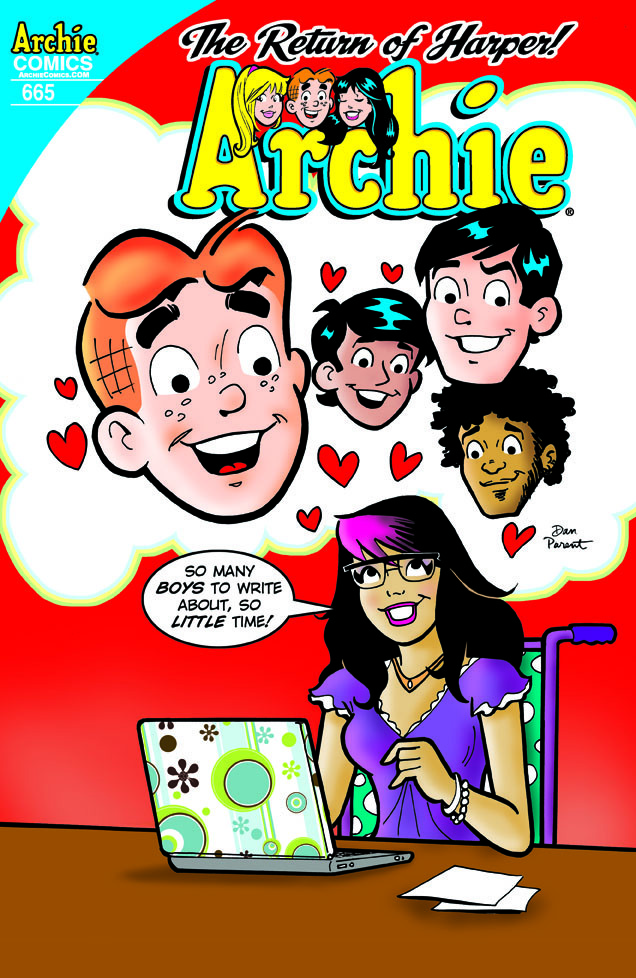 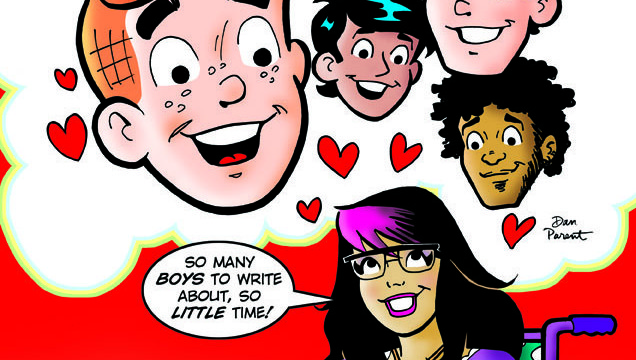 As we near the end of 75 years of continuity within the Archie Universe, it’s time to visit once again with one of the newest additions to the Riverdale gang — Veronica’s cousin, Harper Lodge! It’s the eve of Harper publishing her own graphic novel, but Veronica just won’t have it if she’s made out to be the villain. But is that what’s really happening here? And what part does Reggie play?

There’s something about the Archie Universe ending that has become somewhat meta. I appreciate that they didn’t close out the longest-running comic on the stands with the Death of Archie (however much I truly loved that story), although ending on #666 is a tad foreboding, nonetheless. It does seem that the franchise is looking in on itself to some degree though, marking its conclusion with some amount of self-acknowledgement and wit.

Archie #665 isn’t the first near-final issue of an Archie comic of late to feature the super-heroic adventures of its characters. Kevin Keller did something of the same at the end of his run. And, like Kevin, Harper is one of the newest, and most critically popular, additions to the diverse cast in the Archie Comics world — someone who is almost assured a place among the new generation launching this June with a somewhat more realistic and contemporary tone (although very likely the same true American spirit the teens have continued to exhibit for decades).

Even so, it’s a little sad to think we didn’t get more of this Harper in recent months, because she’s plainly delightful. Dan Parent has created a witty, successful young woman who embraces her differences as the key to her identity and flourished because of, not despite, them. She’s warm, funny, stunning, and able to meet her rambunctious cousin metaphorical slap for slap — and still hug it out in the end.

The story here is fun and showcases everyone’s genuine good nature, even Reggie’s, as Riverdale’s resident jerkface has transformed right before our eyes, not into a sappy mess, but a more mature and kind-hearted friend and boyfriend. Archie may not be letting Reggie forget where he’s been, but it almost seems like the perfect conclusion to an era to let even the worst offenders in this world come out bettered for their time spent in it.

And I could easily say the same for the readers. There is something about an Archie comic, and this issue #665 in particular, that just makes you want to be better. That’s a pretty astonishing thing, honestly. So, until we meet again, Harper — in a different place and a different time — farewell. Thanks for the smiles, the jokes, and the robot, biplane wheelchair. It’s been a wild ride. Onwards to #666.