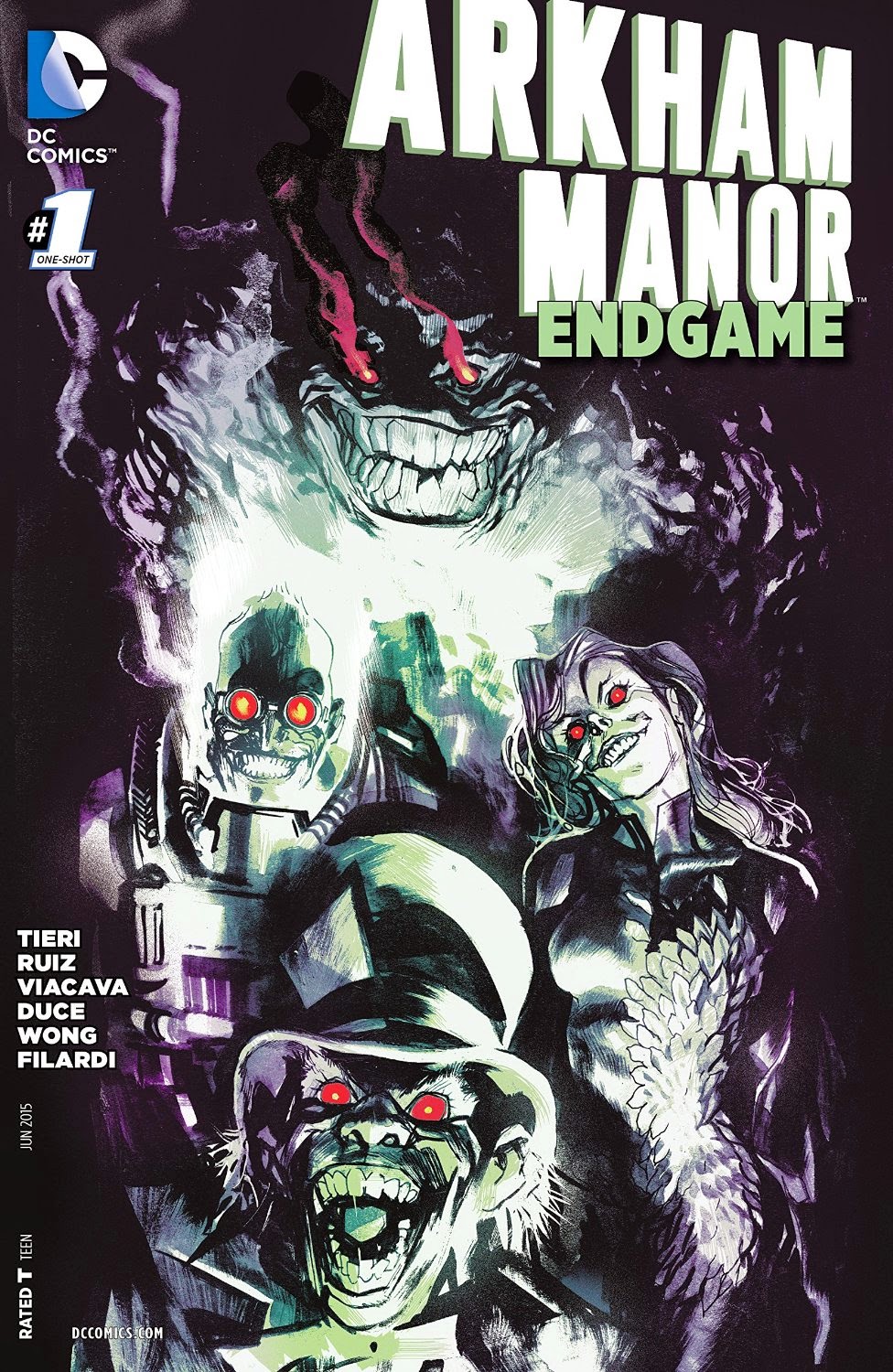 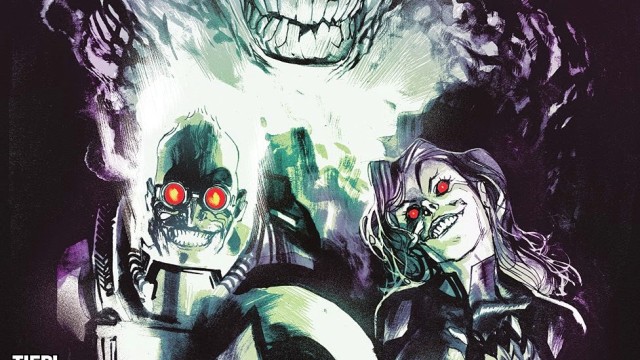 Curious about the goings on at Arkham Manor while Endgame is occurring? Frank Tieri and a crew of artists have you covered as they head inside the makeshift asylum to chronicle what happens when you drop the clown into a group of the most dangerous criminals in the city.

Frank Tieri tells the tale of Arkham Manor through the eyes of a guard at the facility being interrogated by Harvey Bullock, and he structures the issue very well. This guard is a nobody with a record, but through his eyes the terror of The Joker is on full display. Tieri writes the fervor of the inmates well, how they are riled up by the appearance of the lunatic, and how a facility like this is terrifying on a good day and a nightmare when things are going wrong. His dialogue and pacing are strong, and while this issue has little to no effect on Endgame as a whole, it is a well told story dealing with a very famous corner of Gotham during the “main event”. Gotham enthusiasts, or those looking to absorb every bit of Endgame they can will be happy with what they find here, and I was impressed with how well Tieri captured the tone of the Batman backups that have been running these past few issues. This is, for all intents and purposes, a horror comic and there is an underlying tremor of terror running through it at all times.

The art team of Ruiz, Viacava, Wong and Duce capture that terror well and while their styles differ, editorial handled their assignments well. As the issue gets more intense and Arkham falls apart more, the styles get more intense and blurred around the edges, like the madness is taking hold of the artwork and it is very effective. While I wouldn’t say any artist astounded me with knockout pages, the cumulative effort fits the tone of the story very well and this is undoubtedly a comic filled with the terror of what would occur when Snyder & Capullo’s interpretation of the Joker descends on Arkham. The visuals tell that story well and set a very dark, moody, and disturbing tone.

Arkham Manor: Endgame #1 is not essential reading to understand the events of Endgame, but it does supplement the primary event nicely. The tone is spot on and, like the backups in Batman, this comic really drives home the madness that The Joker can cause. He’s an evil bastard and the fury that his image can unleash in the minds of the already dangerous is driven home well by this comic.