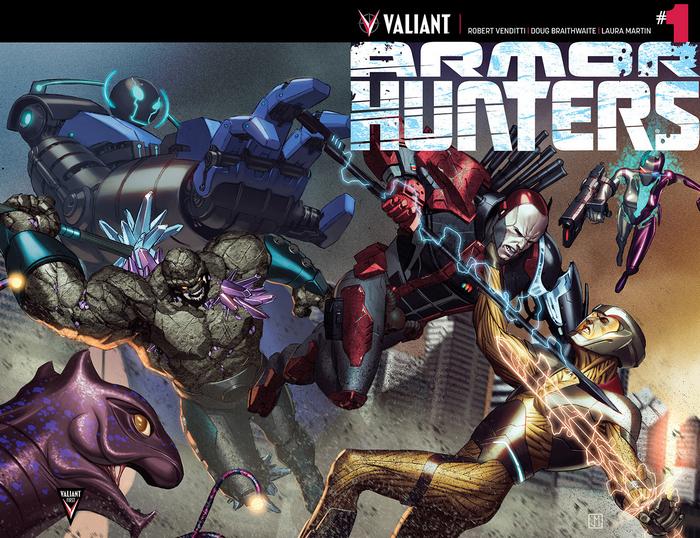 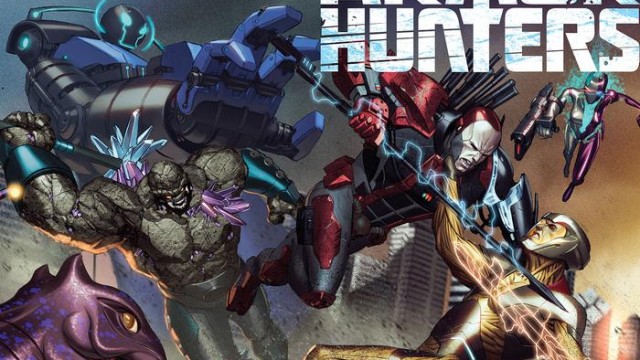 Valiant Comics has had no qualms or reservations about introducing crossover series events into their line of comic books for readers. What is extremely pleasant about these crossover events that Valiant seems to do so well is instead of forcing and construing the comic book titles to fit the event, they are seemingly a natural evolution of the stories and growth of their characters. Albeit, from a business standpoint, it’s a great way to cross-pollinate your products to readers that weren’t previously reading those titles, there has never been the feeling of fatigue from these events.

Writer Robert Venditti has been at the helm of one of Valiant’s flagship titles, X-O Manowar, and has slowly been manifesting the character into, ostensibly, an invincible force. Aric, the wielder of the sacred armor in X-O Manowar has had little adversities to his metaphorical throne with his only challenges being his own insecurities with his armor having almost limitless potential. It seems that all good things must come to an end, as Venditti teased in the “Anniversary Spectacular” issue of X-O Manowar #25, and now with the introduction of Armor Hunters #1.

Venditti excels with his story telling abilities in this issue. We are immediately thrown into a situation where the Armor Hunters invade a military stronghold on Earth and methodically pick it apart. Venditti fully flexes his natural science-fiction talents and gives us an unbelievably cool and engaging style of comic book. Typical “team” comic books are often wrought with heavy-handed expositions and play-by-play introductory narratives that are almost hard to shake until five or six issues into the series. This isn’t the case here. Venditti vexes the reader into the fray and gives you just enough information to keep you turning the page to discover more. The reader’s intelligence is respected, while giving us enough plenty of the simple enjoyments of surreal violence and tension that fans of this genre salivate over.

Artist Doug Braithwaite’s renderings are superb and are executed with very realistic portrayals of characters. His use of soft lines lend well to the realism in facial expressions and his panels give a cinematic vignette to the comic book, which lends exceptionally well to the scope of this issue. His attention to detail even when the characters are in close quarters are applaud worthy and his ability to translate holographic projections as foreground over his characters without losing dimension perspective is incredible. Colorist Laura Martin offers very warm and subtle tones to the actuality of Braithwaite’s work and her cohesive navigation through the technology and machinery presented in this issue is what sells everything in the panel.

While there is still much more to learn about the Armor Hunters, Venditti, Braithwaite, and Martin have crafted enough palpable content in this issue for readers to grab a hold of and sink their teeth into. While brand new readers may not have much of an investment into Aric and may have little to endear for that character with what is presented in this issue, there is still so much else presented, that the bigger picture in this comic book series isn’t lost. The stakes have been set and a rising conflict is about to take place, and fans of action and sci-fi can expect some cool moments in this series. Needless to say, I’m looking forward to more from this series.