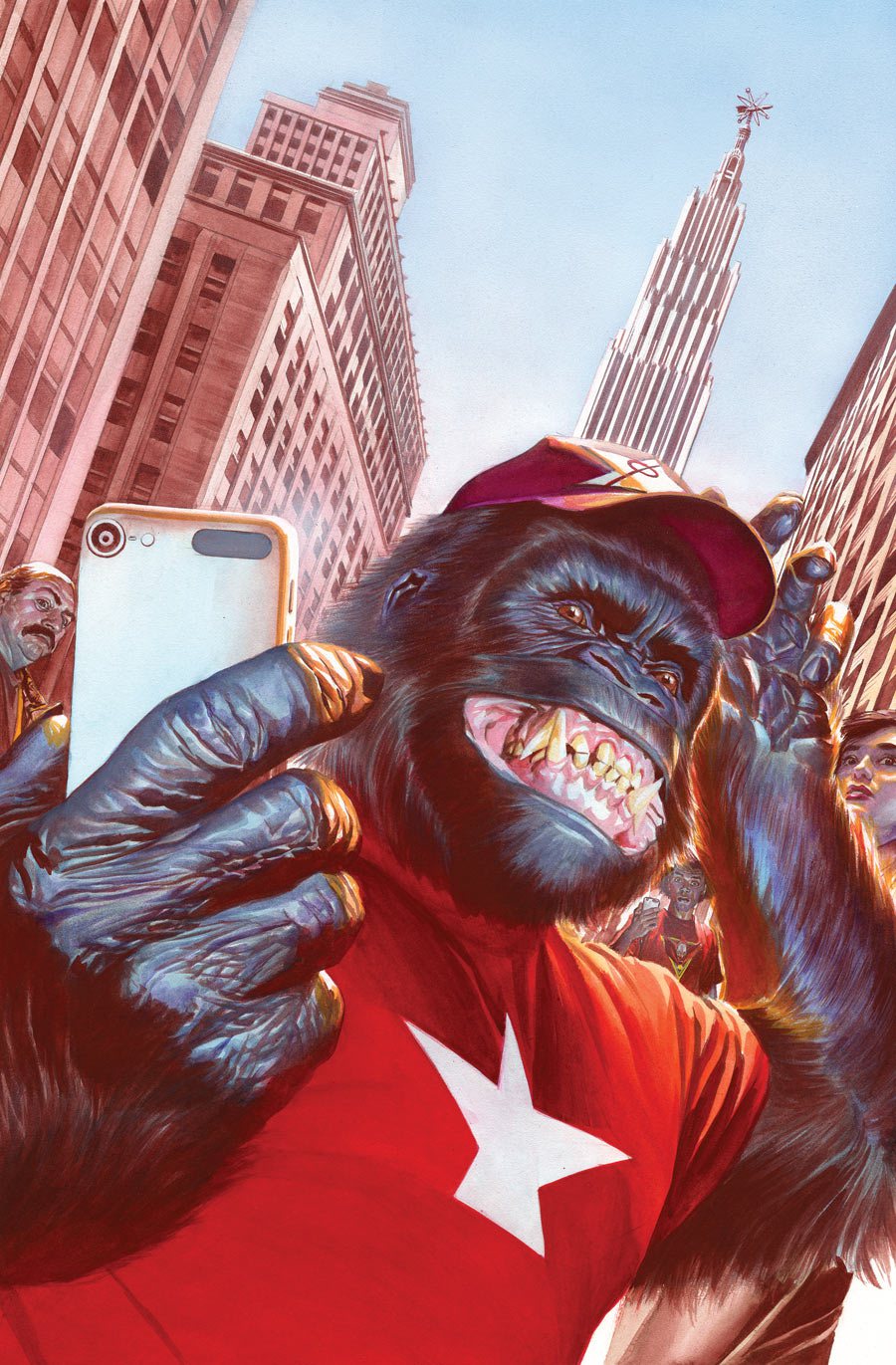 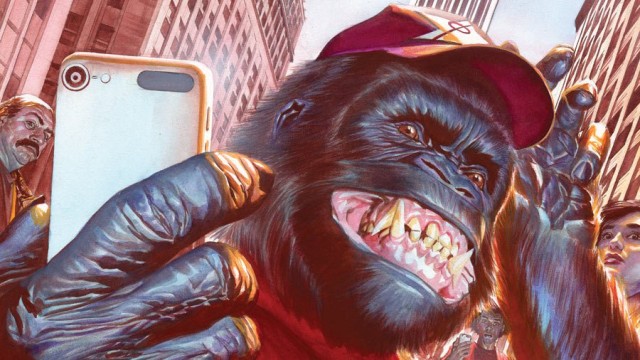 Sticks the Gorilla is an absolutely wonderful addition to the world of Astro City. When I saw a gorilla on the cover I paused for a moment, scratched my head and seriously questioned how it was going to work, but by God did Busiek and Anderson ever make it work and then some. The story of Sticks is fantastic. It is a heartwarming story that locked me in immediately and had me clamoring for more by the time I hit the end of the issue. This drumming ape is one of the most charming characters to come to comics in a very long time and I am astounded by how Busiek and Anderson continue to keep me on my emotional toes with Astro City.

Busiek’s writing is as good as ever, with great dialogue flying around this issue all over the place. He unpacks the story of Sticks very nicely, and his look at where Sticks came from was very interesting. What impressed me most about the story of Sticks was how much heart Busiek got in there. The character is so damn charming and inspirational, really – to want something and seize it, that I found myself rooting for him with every single page flip. I’m not exaggerating when I say that in a single issue I’ve fallen for Sticks and Grodd has certainly been bumped as the most entertaining gorilla in my favourite characters list. There is so much story told in this issue and Busiek shows that you can write one heck of a lot of story into an issue without it feeling too stuffed, if you do it right.

Brent Anderson’s artwork is great, as per usual, with a lot more gorilla craziness than usual. Some artists falter when they leave human casts behind and head to the realm of apes, but Anderson does not at all. Sticks is full of personality and is larger than life on the page, without falling into the usual terrifying territory that characters like Grodd linger in. There is a kindness in Sticks that is visible at all times, and Anderson’s work is just as important as Busiek’s words for establishing the charm of the character. He handles multiple locations in this issue well, with Astro City and some…other…locales featured and penciled very nicely. From start to finish, this issue is full of great visuals, as Astro City always is, and I can’t wait to see what Anderson has planned for my eyes with Sticks next month.

Astro City #23 is a damn fine comic and Kurt Busiek and Brent Anderson continue to hit my emotion buttons with their tales. Astro City is unlike anything else in comics and the addition of Sticks makes it even more of a must-read of a title than it was before. This issue is great, this new character is fun, and these storytellers know exactly what they are doing. Bring on part two, I need more Sticks in my life.