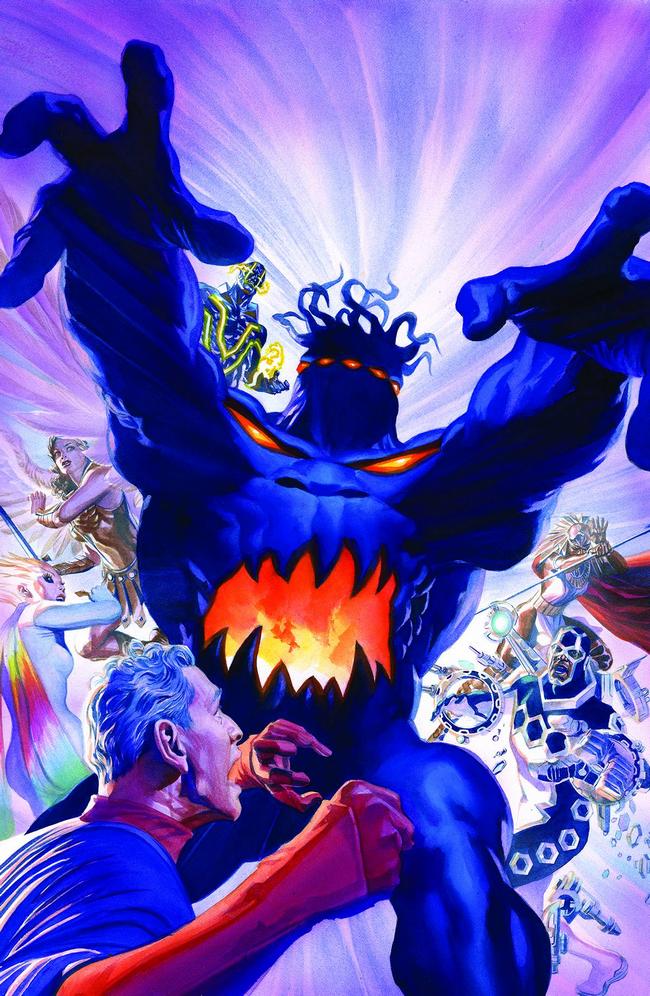 A vivid nightmare has stuck many citizens of Astro City….it is Living Nightmare!

Kurt Busiek’s writing style for Astro City is excellent and on fully display with issue #31. Telling the tale of Living Nightmare through a series of narrators who shared a communal dream and powered the creature is a great angle and Busiek executes it very well. The approach he takes to Astro City always feels classic yet unique, like an homage to Golden Age comics, but told in a far more clever way than they ever were. I’ve always loved how he uses the Honor Guard, the Justice League/Avengers of Astro City, like background players, in a sense. In this issue they are major players in the events of the story, but the story does not focus on them. They are part of the events but not the sole focus and, for me, it makes them infinitely more interesting. Busiek’s dialogue for the members of the Guard is great, the perfect level of cheek from these heroes before bounding off to fight the Nightmare. How the story unfolds isn’t necessarily shocking, but when you can write as well as Busiek does, you don’t have to rely on cheap shocks and thrills to deliver a strong story.

The artwork by Jesus Merino and Alex Sinclair is great, emulating the classic feel of Brent Anderson’s work very nicely. This world is unmistakably Astro City despite being penciled by someone other the long-time artist Anderson, and I’ve been impressed by Merino’s work in the Astro City space. He captures the tone of the world, which is very unique, and adds some classic flair to everything, delivering pitch perfect pencils throughout. Alex Sinclair’s colour puts a pretty bow on top of the pencil work and makes the images pop from the page, especially where Living Nightmare is concerned. He works very well with Merino and the two are a strong artistic pair to work with Busiek in this unique world.

Astro City #31 is another great chapter in one of the greatest series ever crafted in the medium of comics. High praise? Damn right it is, but it is completely worthy of those words. Astro City never lets me down and this month’s issue by Busiek, Merino and Sinclair hits that sweet spot that every cape-comic fan should make room for in their reading.