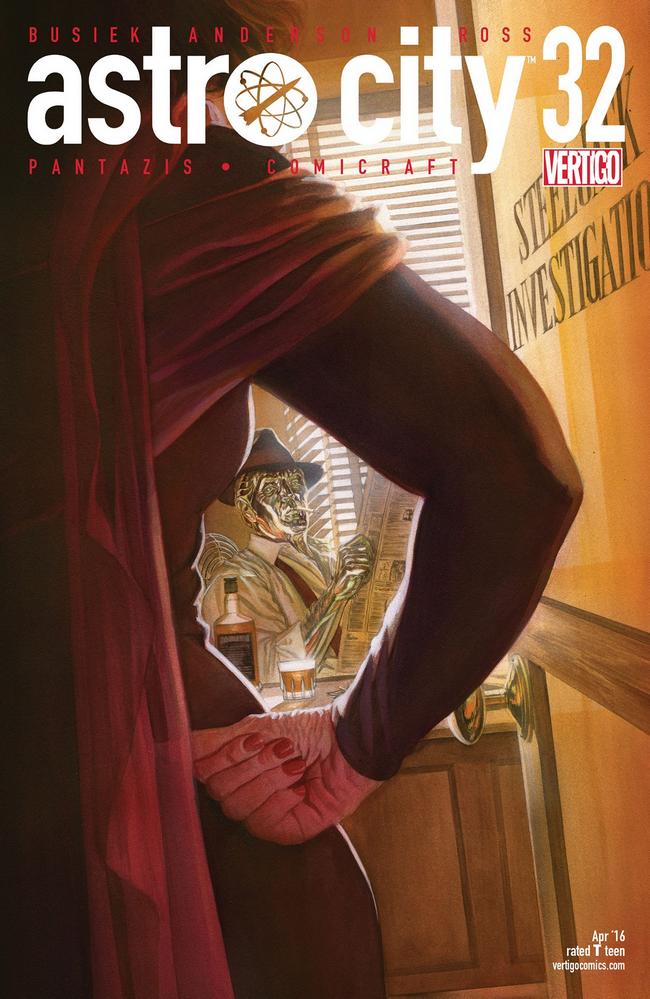 Steeljack is the focus of the newest arc of Astro City, with Busiek and Anderson taking a look at an old bruiser trying to stay on the right side of the law.

Who ever thought a “day in the life” look at a reformed criminal could be so bloody interesting? Kurt Busiek and Brent Anderson’s tale of Steeljack’s later years totally won me over to the character, who was never a maniacal criminal, but rather a goon trying to make a buck. He’s gone legit now, doing odd jobs for the City and other stuff here and there. He’s carved out a quieter, good life. He’s a likable old bugger, with a voice that read in my head the same way Ben Grimm’s does when I read good F4 comics, and Busiek does a great job setting up the peaceful life he’s built himself. This set up makes the start of the fall of his peace all the better and provides a great foundation for this story going forward.

Anderson’s artwork is consistent with his other Astro City work, telling a great tale with detailed and evocative characters. Steeljack is expressive and Anderson’s work to show how pleased he is with going straight is excellent. This guy can still throw down, and Anderson shows that nicely while adjusting his physical appearance to more of a guy in his 60s rather than a muscled up young bruiser. He’s still huge and strong, but like an old wrestler who is still in shape, Steeljack’s physique is sliding in places. The whole aged package of Steeljack and his quiet life is sold very well by Anderson’s artwork. Peter Pantazis colours the issue well, especially the ever-shiny man of the hour. There are no points where this man of steel looks foolish, and that’s a testament to Pantazis’ solid work.

Astro City #32 kicks off this story arc nicely, giving readers a former goon to cheer for with Steeljack. He’s likable and a real ‘every man’ character, a guy just looking for some peace and quiet, so I can only imagine what’s coming for him now that he’s been dragged back into his past. Busiek and Anderson’s Astro City continues to be a sure bet and a gem in the comic book market.