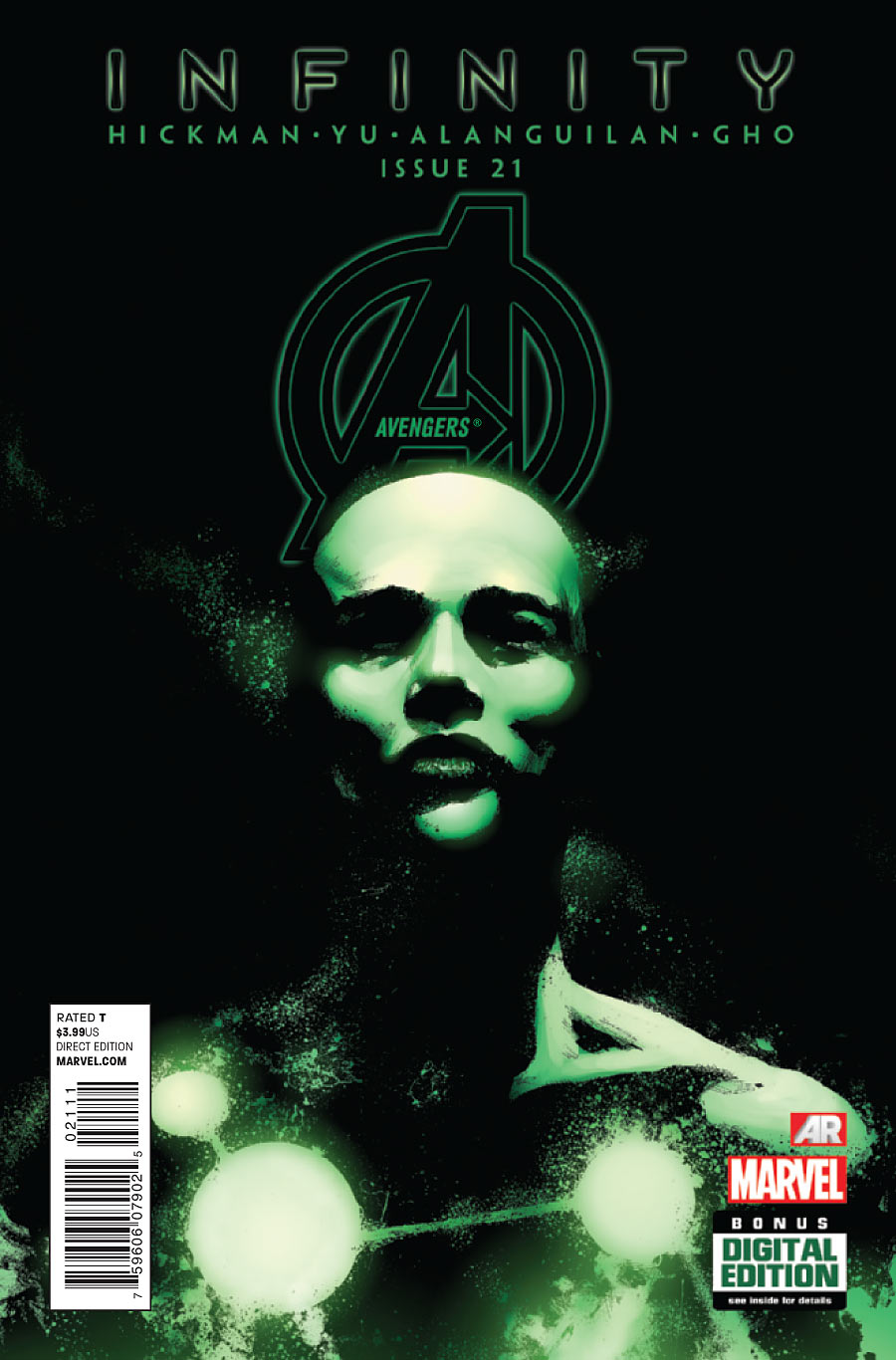 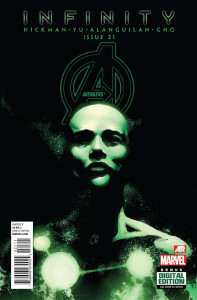 Jonathan Hickman is not holding back as Infinity drives forward in its final act, throwing curve balls all over the place to keep readers on their toes and unable to predict what is going to happen next.

Hickman’s writing in this issue is simply superb. After Avengers #20 which was on the slower side with respect to pacing, #21 strikes the perfect balance between exposition and epic cosmic action. Absolutely huge events occur in this issue with wide ranging consequences for the event and the Marvel Universe as a whole, and Hickman does a fantastic job of not telegraphing them before they are about to occur. There is some serious shock value and “did that just happen” magic going on in Avengers #21, and I applaud Hickman for keeping a series this big so unpredictable and fresh. This comic has me craving a full-on cosmic series from Hickman as his voices for the Supreme Intelligence and major political players in the cosmic sphere are fantastic: stoic leaders who cannot fathom the situation they are in, but are also intelligent enough to know exactly what they are facing. This is exceptionally difficult to write and keep entertaining, but Hickman seemingly does it with ease, interspersing huge action with war room decision making for a perfectly balanced read.

Leinil Yu provides strong artwork in this issue, with some absolutely fantastic & jaw dropping panels with very few inconsistencies throughout the issue. He does an excellent job of capturing the massive scope of the space battles and his work on characters like the Supreme Intelligence is fantastic. The insane amount of detail that he is known for is on full display and his work with the Builders in the final portion of the issue is masterful. His style suits the story Hickman has written very well, and the two creators appear to be very tightly in sync. The colour work by Sunny Gho is very strong in this issue, complimenting Yu’s style and making the art explode off the page. Yu & co. have given the space theatre of battle a fantastic look and feel throughout this event and that continues with Avengers #21.

Huge events, massive consequences, pitch perfect writing and solid art. Avengers #21 is a damn good comic in what has been a stellar event so far, and an absolute must-read for anyone keeping up with Infinity or the Avengers titles. Hickman is on fire and it doesn’t look like he’s going to cool off anytime soon.