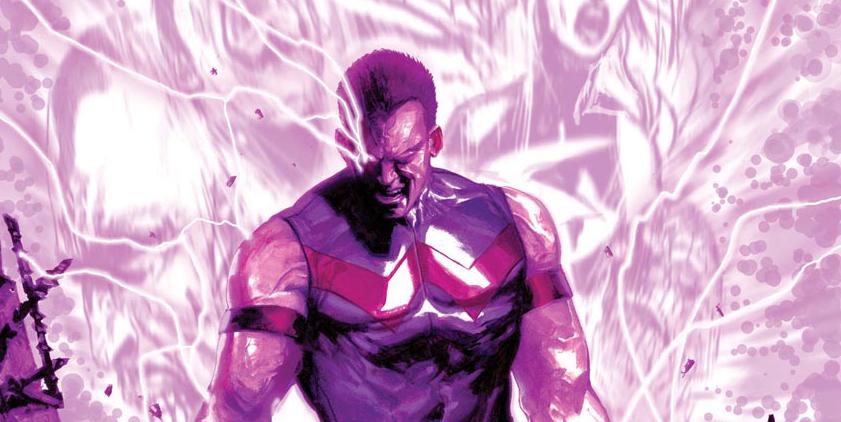 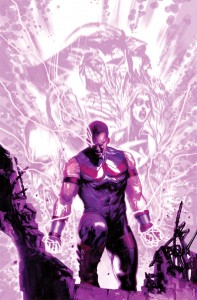 Brian M. Bendis is the king of the Avengers titles and the Avengers Annual #1 is no exception. It is a really solid read for long time Avengers fans, but for an annual it may not be the most accessible title for new readers. The story is built completely on the premise that Simon Williams has warned the Avengers to stop what they are doing and for those who have been reading Bendis’ Avengers and remember his initial warning, this is a great comic. For those who are new to the game, this issue will most likely have a lot less impact, but is still a strong read.

Alright, rant about new readers is over – time to talk about the content of the issue. The simple statement, I really liked it. The dialogue is snappy and Bendis writes Wonder Man really well. There are some nice moments between Simon and Beast during the issue, which long time fans can’t help but enjoy and this annual sets up what could be a really interesting situation. You can’t help but feel that Bendis is setting up something larger with this annual, and by the end of the issue the only thought going through my mind was ‘man, Simon could be one HELL of a great villain’. This is yet another well written issue of the Avengers to add to Bendis’ already ridiculously long list of great comics.

Bendis re-teams with his Secret War artist Gabrielle Dell’Otto and the pairing is as strong as ever. Dell’Otto’s painted visuals suit Wonder Man’s powers beautifully and there is really some fantastic art in this issue. For a one-shot annual, Dell’Otto really pulled out the stops to give readers their money’s worth. My only gripe is that with some of the costume designs (or possibly re-designs?) I had no idea who some of The Revengers were. When the roll call comes later in the issue I knew exactly who the characters were, but I had no idea who they were during the issue. That said, this comic contains some fantastic panels created by a great artist.

Pros: Strong dialogue, some great visuals and the issue sets up some intriguing storylines.

Cons: Not the easiest jumping on point for a one-shot, and most of The Revengers were completely irrelevant in the issue.