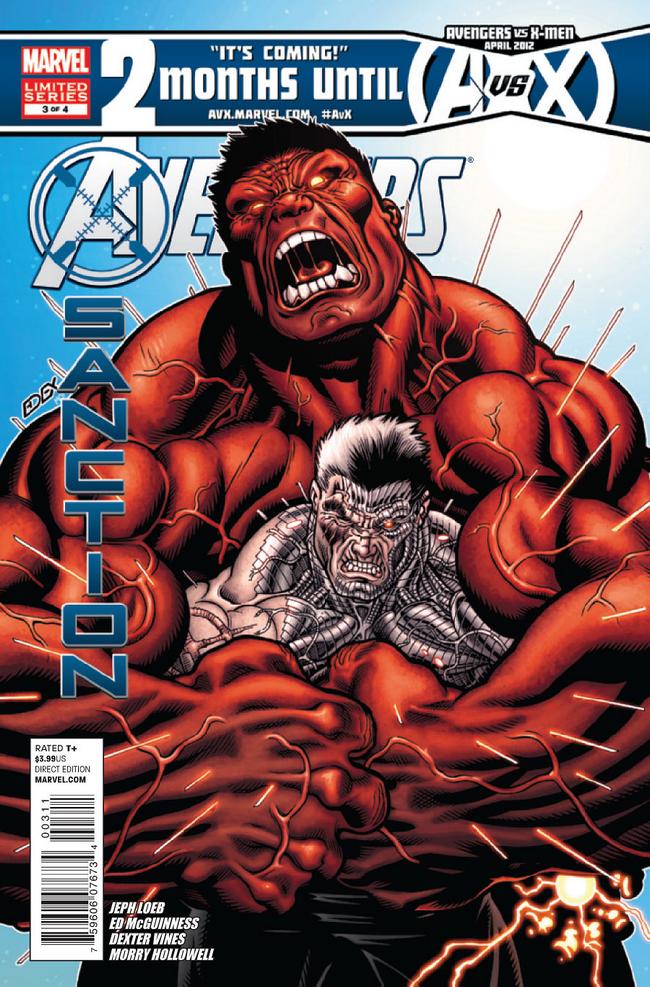 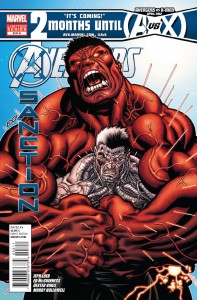 I was left with one overwhelming feeling at the end of this issue of Avengers: X-Sanction: when is more of the same no longer a good thing? This mini-series is a four issue adventure and now that we’re 75% done why do we know nothing more than we did in issue #1? This issue is filled with Cable becoming more and more frantic and meeting a worthy opponent in the Red Hulk, but other than some brawling the story is not moved forward one bit. I hope I’m wrong, but this mini-series is starting to feel like it isn’t even telling a story on it’s own but only exists to incite Avengers Vs. X-Men. Enough speculation, there is still one issue to go, but I can’t shake the feeling of disappointment at what this issue could have been. The script isn’t bad in this issue, it just feels like reading issue #1 and #2 all over again with very little added.

What I found the most frustrating about the entire issue is that Ed McGuinness’ art is too good for an issue that feels like filler. Very few artists (if any) can pencil a more menacing Red Hulk than McGuinness and the brawl between Hulk and Cable led to some fantastic visuals. This issue is an example of a time when a fantastic artist can elevate a script and make the total package better than the story warrants.

Pros: McGuinness’ art is excellent and the pages with Red Hulk and Cable are superhero art at it’s best.

Cons: The series had been gaining a ton of momentum and fell flat in this issue. With only one left in the series a lot more could have and should have happened in this  book.