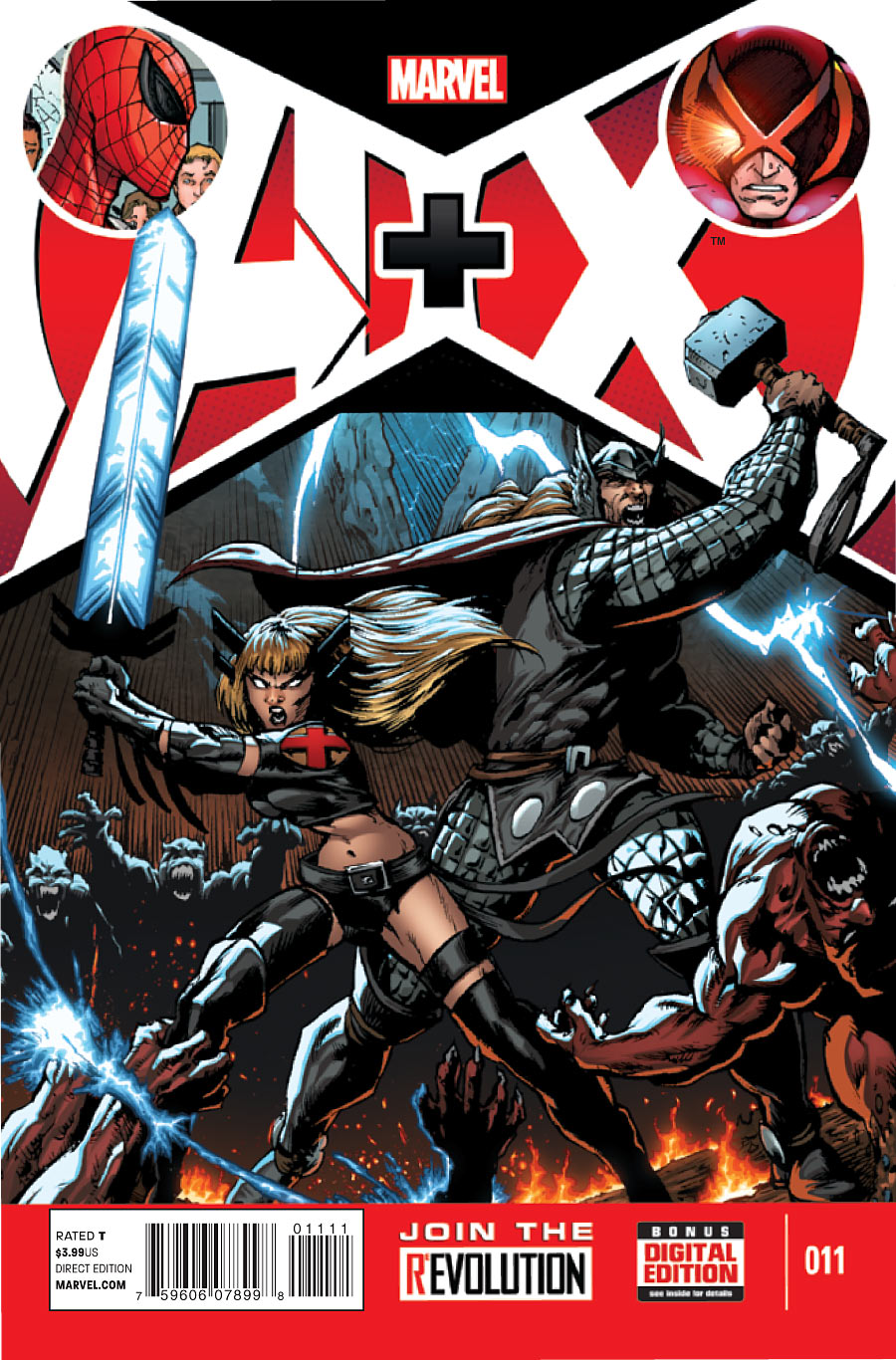 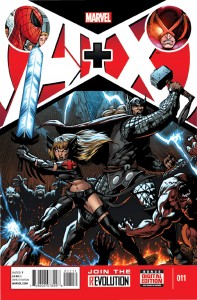 A+X is a showcase of everything great about shared universe superheroes, from team-ups to face-offs, writers jostle Avengers and X-Men together in random circumstances and see what unfolds. And with issues being host to two separate stories done by differing creative teams, each A+X installment is a completely new experience for readers.

The first story in this month’s issue came from Benson and Texeira, with Magik and Thor crossing paths in Limbo. Benson lets Thor’s arrogance take the fall for the sake of the meet-up (a clever move that brings the characters together quickly) and gives a brief glimpse into Magik’s X-Men ongoings before she too is off to her hellish dimension. He draws on old feuds to fuel the interaction between Magik and Thor, though in the cramped space provided for the story, fails to amp tension up high enough to give the exchange, and Thor’s peril, any heat before it’s abruptly over.

These storytelling problems are compounded by the inconsistent, fumbling art. Texeira stumbles with his own style, a problem particularly apparent in faces, which vary so extensively from panel to panel it is as though completely different artists were involved. His anatomy work struggles to find proper human proportion in several panels, especially with Magik, who has both obnoxiously pert assets and a thin midsection that contorts like taffy. Magik’s costume is treated with equal ill-regard, her boots occasionally gumming together with clumsy inking and her top mysteriously losing its chest window.

The art’s heavy inking is also at odds with Loughridge’s colors, which play safe and fail to bring more life to the pages: even explosions of light fall dull. In one panel, Loughridge seems to give up altogether, leaving a portion of Thor’s hair uncolored and his helmet abandoned to be filled by the background colors of the sky.

All of these shortcomings are further irritated by poor sequencing, with confusing shifts of events between panels, and key moments crammed in awkwardly with less important panels. The result is a visual mess, without enough push from the writing to give it any footing.

The issue’s second story is a meeting by happenstance between Cyclops and the Superior Spider-Man, from Krueger, Lim, and Sotomayor. Krueger leaps right into the story, using narration to clue the audience not only into Cyclops’s current predicament, but his overall headspace, turning his mission into a tidy metaphor for his internal struggles. The addition of Spider-Man comes after Krueger already drums up the necessary tension with their opponent, and Krueger has fun with using the misunderstanding of Cyclops’s presence as reason for them to duke it out.

Cyclops’s remarks feel somewhat forced for irony’s sake, as does his train of thought, which is meant to spoonfeed the audience the full symbolism of the story. Regardless, the exchange is overall rewarding, with several memorable lines of dialogue from both characters.

The art remains great throughout the story, Lim and Sotomayor proving to be good collaborators. The distinctive art style — flattered by dynamic inking — gave the pages additional pop throughout. Despite the constant narration, the art shouldered the storytelling, with layouts and panel content carefully constructed to draw the reader through the exact hoops necessary, even pulling eyes towards smaller details like Malice’s collar or Spider-Man’s drones in the subway.

The visual flow is so perfect, in fact, that a swing around a subway pole by Spider-Man seems to sweep off the page, a feat accomplished by careful camera angle choices. And despite close quarters and occasionally tight camera angles, the art never feels cramped.

The coloring is mostly downplayed in the background, bowing to the importance of the inks, with highlights and shading used to best compliment the framework. They step up to give life to the characters, however, such as the highlighting on one of Malice’s victim’s jackets, giving body to the leather and to the rippled sweep of her skirt. Costumes glisten and catch the eye and skin is hued with life, but never to the point of distraction.

The creative team took their limited space and, with the art’s strength, made it work.