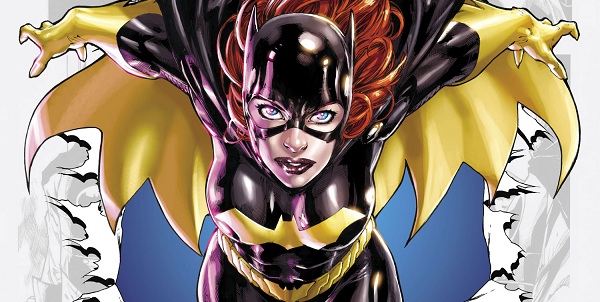 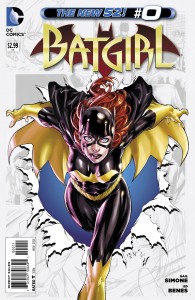 There’s no man young Barbara Gordon admires as much as her father, but what happens when she is called upon to be a hero all her own? Flashing backwards four years to her first year of college, the girl who would become Batgirl is put to the test when a visit to Gotham Central goes as wrong as it possibly can. And amidst the chaos, an even more dangerous threat watches — and learns.

DC Comics’ Zero Month continues to impress with this look back at the New 52’s untold origin of Batgirl. Continuing the precocious first person narrative the book has become known for, Simone crafts a story that illustrates Babs’ first personal interaction with the Bat — both the legend and the man. We’re treated not to a fawning adolescent, but a determined, smart, “intense” (as Babs repeats) young woman who has spent her entire childhood preparing to be a hero, whether she knew it or not. It’s particularly interesting to see Simone depict the childhood relationship between Babs and her little brother James Jr., a scenario that I eagerly anticipate seeing turned on its head. This boy who will grow to become the monster we all loved seeing in Batman: Black Mirror is still in his villainous infancy here, but that Arkham-bound flair is starting to show in the subtlest of ways, setting up what I suspect will be a massive confrontation next year.

Benes comes on as ongoing artist of Batgirl with this issue, and I couldn’t be happier. Many fans have expressed dismay in the past at the artist’s “cheesecake” qualities, but this issue proves Benes can handle demure and sexy in equal measure. Young Babs is depicted with the utmost agency and poise, beautiful but never minimized to the state of sexual object. His inks are beautifully crisp and the depiction of action flows gracefully across the page. And when his Batman shows up? I think I was in as much awe as Babs was.

As an origin tale, #0 succeeds in spinning out an entirely new story that neither feels like a moment between minutes, nor a complete revision of the past. Yes, we see many minor changes, but the largest of these are strictly cosmetic — the mask may have changed, but the girl underneath it is still the one we knew before. To Simone’s credit, the abbreviated history we do get, right up until the familiar moment at her front door, actually tracks remarkably well with her previous origin, but still leaves many questions for fans to roll around in their heads and online. How much of the rest of her history may have changed (Babs being one of the characters most affected by DC’s continuity reboot) is yet to be determined, but the beginning… that manages to feel respectful, fresh and familiar all at once.