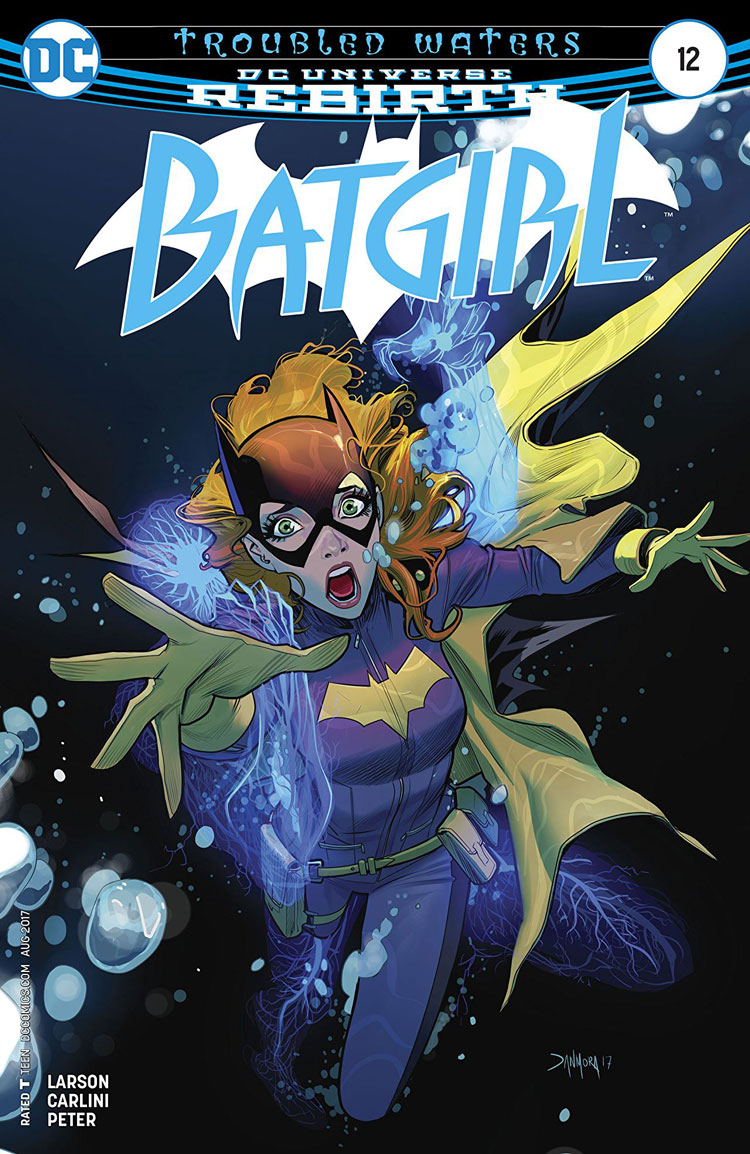 Fans of one-and-done excitement will find plenty to enjoy in this month’s issue of Batgirl. The story is about how Barbara Gordon is helping out the local community center, which is losing patrons due to ghostly sightings.

Hope Larson wastes no time in poking fun at self-made, online celebrities, as well as self-proclaimed ghost hunters. It’s tackled in an irreverent fashion while backing up Babs belief in scientific explanations. The characterization of ghost hunter Kayla P. skirts a line of being rude or a “woman who is professionally at odds” (at least for Babs part).

However, this is avoided by Barbara actively incorporating Kayla in her master plan. While having to suppress her know-it-all brain, Babs is trying to be a team player or accepting of Kayla’s practices, even if she believes they are not helpful. It’s a refreshing take on the skeptic scientist.

Fans of engineer Qadir will get a chance to see what he’s been up to, as well as the latest crush in his life. As a one-time Qadir-Babs shipper, it left me feeling somewhat relieved. He provides a familiar face that bridges between Babs and another awesome woman-in-science character.

Eleonora Carlini’s lines and Cris Peter’s colors are impressive with the massive amounts of water, shadow, light and reflection happening throughout the story. There seems to be a more overt manga influence or style with the faces in this issue than on some of Carlini’s other work, such as Doctor Who: Eleventh Doctor. It is a style choice that will have great appeal to younger audiences that might pick up this book.

However, this could also put off readers who are more into styles of art that are considered “traditional” in superhero comics. Panel layouts do not feel clear in this issue. Often artists choose layouts based on pacing such as exposition verse action. In this issue characters break folds and gutters, and panels overlay, and various choices feel like they were designed to fit as much story onto each pages as possible. While it doesn’t overtly hurt the pacing of the story, there is this odd feeling of busyness or never knowing exactly where you are at in the story, based on art alone.

The upside to this is that the words and art really do have an equal partnership is having everything unfold.

While just a single issue, this story does a great job at highlighting multiple real life problems or happenings. First, this issue does a great job of exploring just how many various people receive services through organizations such as the YMCA or local community centers. Secondly, it explores the very real problems that women in science face: getting credit for their work.

No grandiose solutions, other than don’t try to be murderous or a horrible person who steals, are provided. It’s just that touch of realism though, in a superhero comics, than adds to the connection some readers will receive from the story.

“Troubled Waters” is a classic feeling one-shot issue in that has a street level quality story. Yes, there are various dimensional hopping elements, made realized by communal interaction. However, having Batgirl focus on her community and the life of a single person needed rescuing provides readers with adventure and heart. It’s just enough to tide you over, until Batgirl’s new Catwoman-centered arc kicks off, next month.