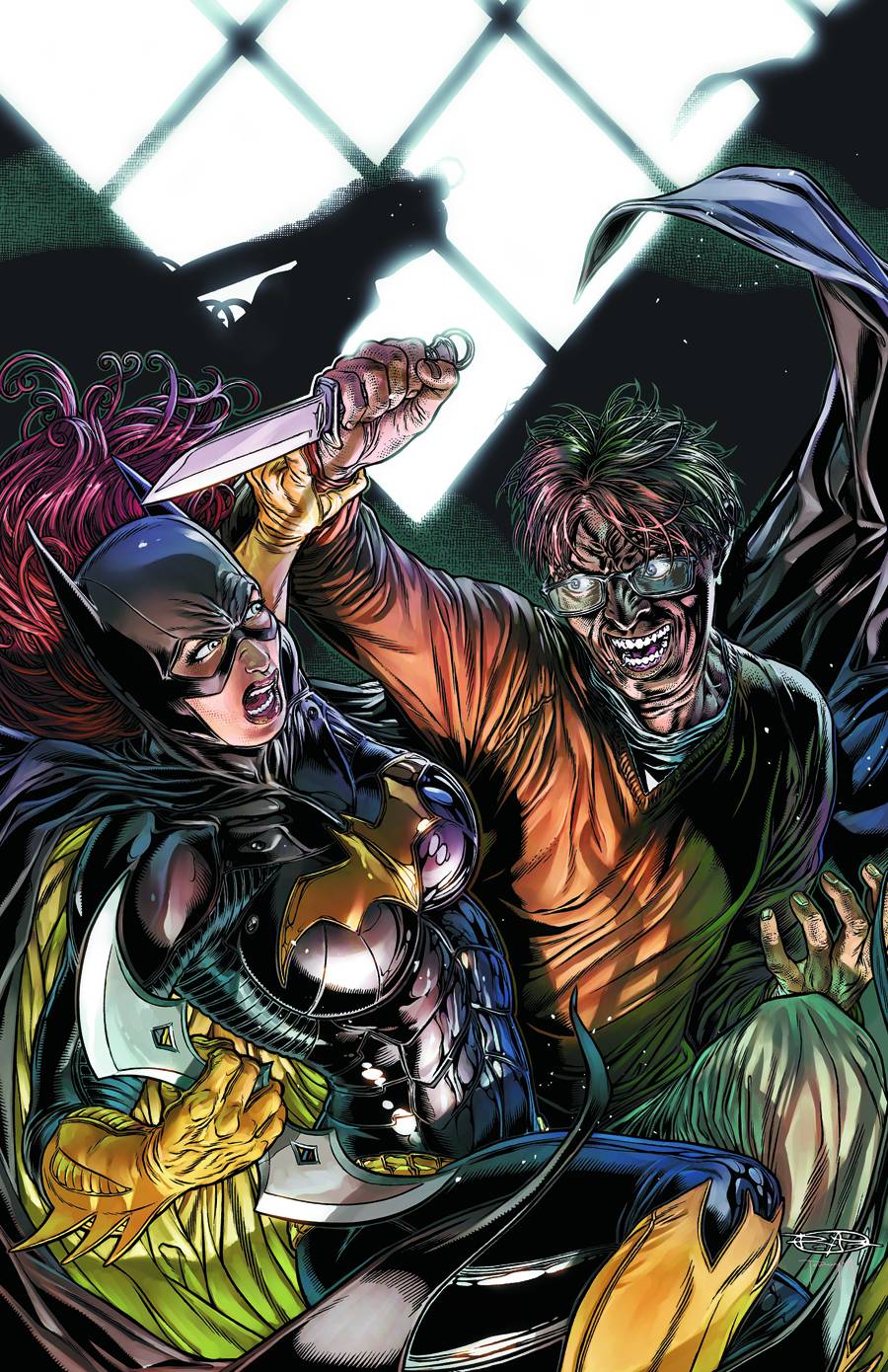 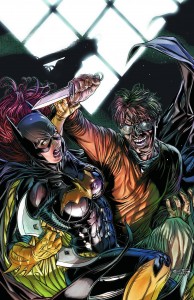 The fallout from “Death of the Family” is touched on in this issue as Barbara Gordon heals up, hunts down the Joker’s henchmen and has another run-in with her brother.

Also, Young Romance #1 promised Ricky would get his chance with Batgirl in this issue. Really it was more of a cameo, a clumsy interaction that left you wanting more to happen between them. In that regard, fill-in author Ray Fawkes (who wrote the Young Romance story as well) did his job. While completely unsatisfying, that is what a comic romance should do, leave you wanting more. If a storyline does not continue with Ricky, I will be very disappointed.

Fawkes does a great job of summarizing and reintroducing the basics of Batgirl. Considering it was originally presented in December as a potential replacement for long-term author Gail Simone, that seems like pretty solid policy. However, most of the book is told through and overall narration with little thought or input from Barbara herself. Unless things change-up dramatically in issue #18, we may never know how a Ray Fawkes Batgirl really sounds. The majority of this issue was told in James Jr.’s voice, and that was not completely clarified until the end of the issue. I’m going ahead and “spoiling” that now, because honestly, it just helps make the book more enjoyable knowing whom the narrator is upfront. It’s not a surprise once revealed, and honestly you can guess it before it is. It seemed like an attempt at a reveal that was not necessary.

Perhaps, because of the serious nature of the subject matter that the Bat-family has been facing lately, this issue seemed to miss some of its more hopeful feelings that previous issues have had. However, this dark feeling or nature makes me look forward to what Fawkes has in store coming up in Constantine #1.

Daniel Sampere’s art continues to work well, and has a few dramatic full page panels toward the end. Vincent Cifuentes continues to make this book beautiful with color that makes any page dance and come alive.

Right or wrong feelings about this issue really hinge on how issue #18 turns out. That issue will either help to hold it up as a solid storyline bridge, or the book that has nowhere to fall but down after the epic and panic inducing incidents from Batgirl’s role in “Death of the Family.”