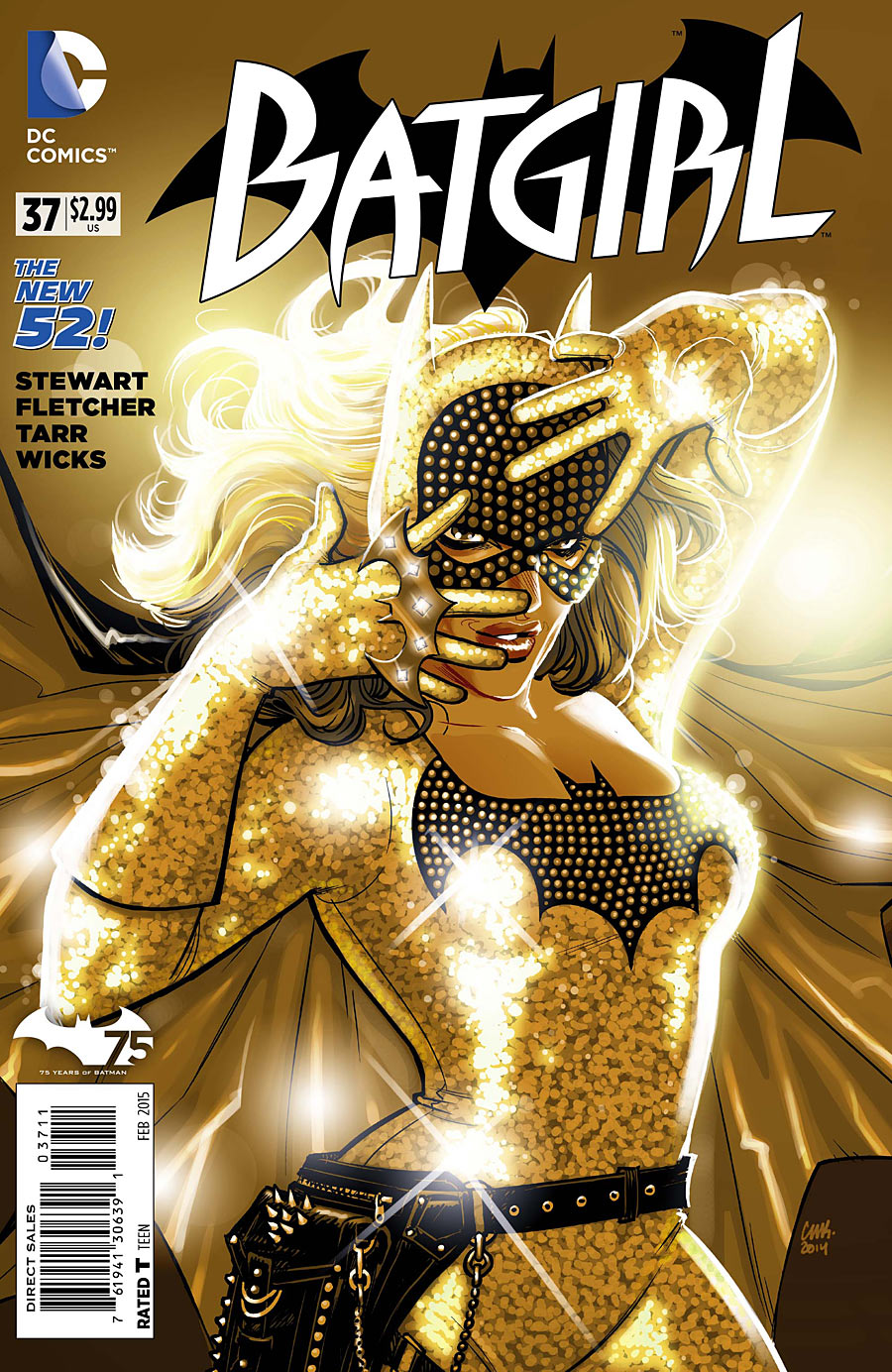 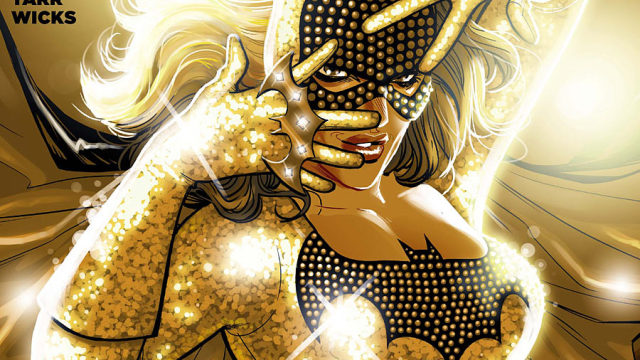 When it was announced that Batgirl would no longer be written by Gail Simone, I was sad. When the first look at the new design for Babs was released, I was intrigued. Then, when I read about the new, younger, more hipster direction Stewart and Fletcher were planning on taking Batgirl in, I was…unhappy. (Seriously, I wrote about it on my b-log.)

Well, we’re three issues into the new run, and while I still miss Simone’s Batgirl, I’m a little surprised to report that I’m actually enjoying this new direction, despite myself. Much of the story has touched on some societal issues we don’t often see in comics. Namely, our dependency on technology and social media, and (as of this month’s issue) our obsession with fame.

If you haven’t been following along so far, there is a mysterious overarching entity terrorizing Barbara. This unknown person not only knows her true identity, but seems hell-bent on antagonizing Babs by hiring low level criminals (with just the right touch of crazy) to stalk, impersonate, and/or kill the Batgirl for fame, fortune, and evil glory. Last month we met The Jawbreakers, who claimed that they were hired by Batgirl herself to kill Batgirl (yeah, they weren’t exactly the brightest crayons in the box). This month, we get to meet Babs’ mysterious imposter who seems to be doing everything in her power to destroy Batgirl’s reputation, and get some serious partying in while she’s at it.

There is an amusing twist that, while not entirely unforeseen, was reminiscent of the campy fun of the 1960s Adam West Batman. In addition to the main story arch, Stewart and Fletcher continue to lay the ground-work of establishing Batgirl’s new network of trusted allies, and Babs’ ever-in-turmoil life outside of crime fighting. (I’ve always enjoyed stories where the hero’s day-to-day life is more chaotic and stressful than their masked adventures. It is, after all, so much simpler when you can just punch your problems in the face.)

Babs Tarr continues to deliver solid artwork. Her characters are not at all realistic, with giant anime-esque eyes and impossibly tiny waistlines, but her facial expressions are on point. Her action sequences are easy to follow, shaded nicely, and not entirely outside the limitations of basic physics. What may be the most delightful aspect of Tarr’s art (especially given that this is her first comic title), is her consistency and lack of repetition. Once she draws a character, they are instantly recognizable from page to page and from issue to issue, without having to wear the same clothes everyday. Tarr is able to give each character a distinct face along with diverse and independent features.

The highlight of this particular issue was her depiction of a band of no-name criminals. Tarr’s artwork for this group of women threw me, unexpectedly, back into my childhood. These ladies could have easily stepped right out of an episode of Jem and the Holograms (much more-so than the artwork I’ve seen for the actual Jem comic coming out next year from IDW), and I can’t begin to describe how happy that made me.