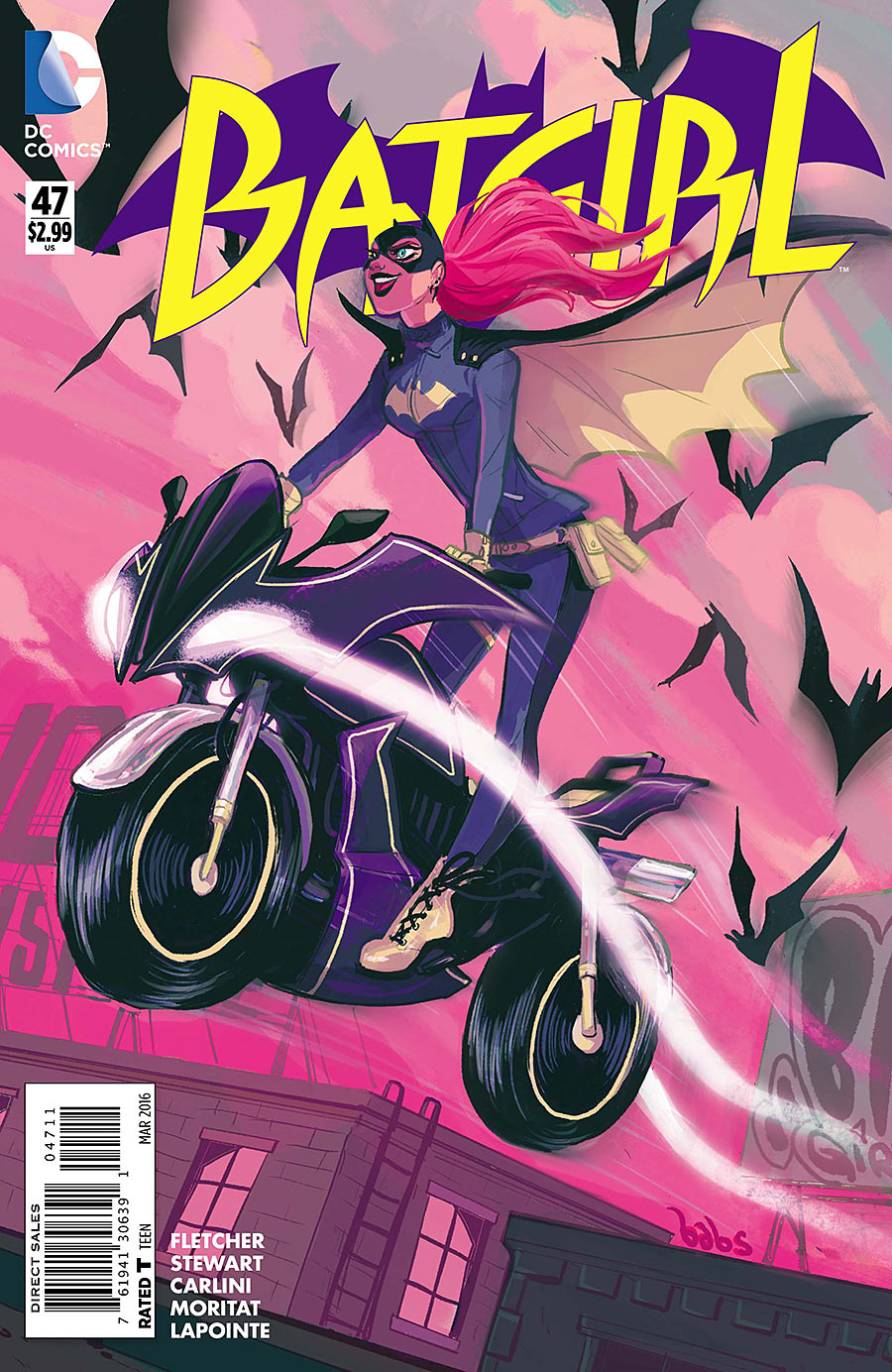 Batgirl has a problem. Once again, her memory is failing her, leading to some unfortunate circumstances for people she wanted to protect. The only way to confirm what’s happening behind the scenes is to break into the Gotham City Police Department. Can’t ask dear old Dad, so who do you call when you need some back-up? Spoiler and Bluebird to the rescue!

The problem with developing a book as unique and high quality as Batgirl has been the last 15 months? When the unfortunate happens — fill-in art or a second act exposition — the book hurts. Issue #47 is the victim of high expectation and a mixed bag of circumstances that leave me in a bit of a jumble this week.

At its root, missing Babs Tarr’s soft and fluid linework (or even new Adventures of Supergirl artist Bengal’s effortless feel) is a kick in the pants for part 2 of this 5-part adventure. It’s distinctive, and nearly inseparable in my mind from the condition of Batgirl in Burnside — so much so that guest appearances in other books (while appreciated) don’t quite feel right. And in slightly different ways, both Carlini and Moritat disturb that perfect combination Tarr brings to Batgirl — and by virtue of both being on the book accentuate the disruption.

For Carlini’s part, which is the intro and outro of the issue, mostly focused on talking heads material, we’re faced with a stiffness of figure that we never see in the book. Facial expressions are inconsistent — Babs is sometimes looking like she’s staring over other characters instead of at them — and a few times outright ghoulish. Spoiler definitely does not benefit as much from these early pages as Bluebird, with Harper’s mask and costume detail giving her a focus that Stephanie’s maskless face is lacking.

There are a few bright moments for Carlini, in particular the final, super-cool page of the issue, but overall, the work suffers from a lack of dynamism. Moritat, on the other hand, has fluidity in spades, and produces a much more pleasant set of panels set exclusively in the interiors of the Gotham Police Department. It’s definitely not in the style of the book to date, and is a little underwhelming in page layout, but it has a cohesiveness all in itself that makes for solid guest work. His inking is harsh for the book’s feel, but the work overall has a consistency of energy that makes the other pages feel even more stiff.

The end result? Two halves that make the whole even less, sadly. Thankfully, the issue does have colourist extraordinaire Serge Lapointe to pull it together with a bright and exciting color palette that at least captures some of the energy the pencillers are missing.

To some degree, the dialogue between Babs and nearly everyone in the issue, from Frankie to her new “Birds” to boyfriend Luke — is a bit stilted and oddly harsher than normal. However, I have to take into account the last page stunner Stewart and Fletcher leave behind that calls everything about this issue (maybe the arc so far as a whole, even) into question. Without spoiling its content, I can say it definitely produces a challenge for writing an issue that feels organic to the book as a whole.

Can I say for certain that’s what’s happening here? That Batgirl is not herself because, well, this is not really happening like we think it is? No, but since issue #47 is the first since the Batgirl of Burnside’s debut that feels this disjointed, I’m going to lean toward plot device. We’ll know more next month presumably. But in the meantime, I am as fascinated with the final page of #47 as I was with the final page of #45 (there’s a hint, true detectives), and that might just be enough to tide me over for now.

Batgirl #47 is definitely not a slam-dunk for the title, but with the law of averages being what it is, this day was bound to come. What it is, however, is a testament to the perfection the regular creative team has brought to the book month in and month out, even if a momentary blip on the radar of the series.