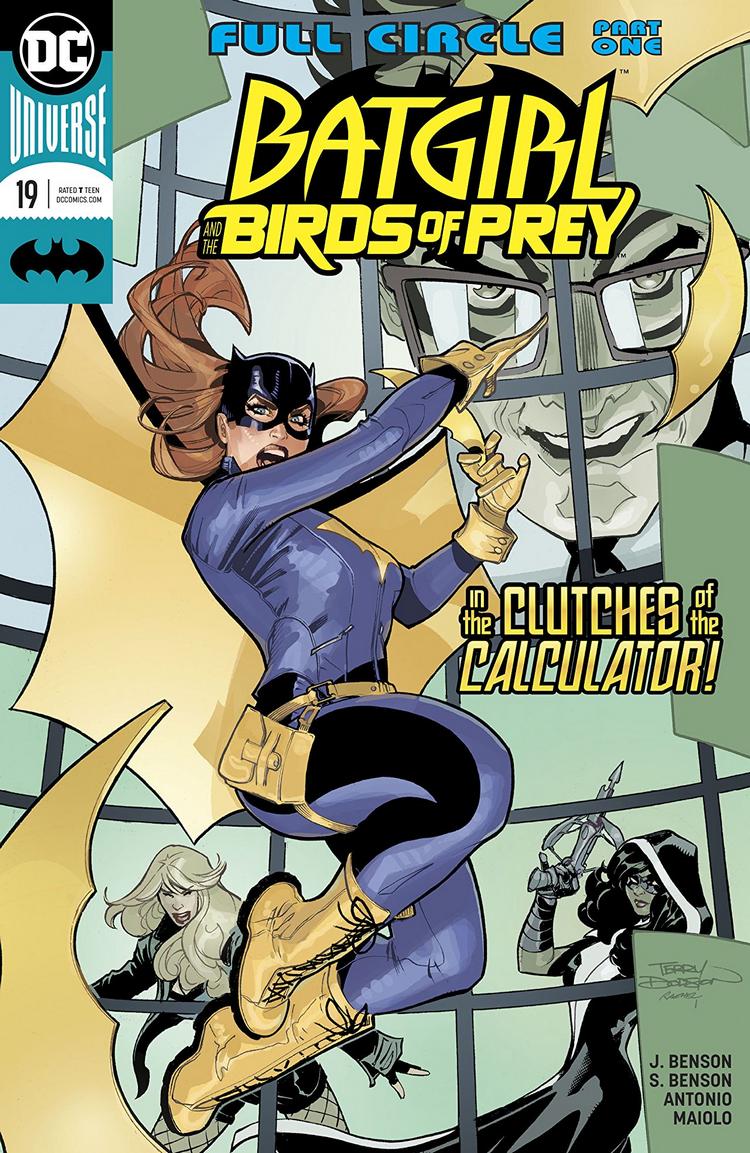 The Struggle of Heroes

Not surprising in the slightest, Julie and Shawna Benson’s Part One to the new arc “Full Circle” is an insightful examination of a heroes strife to keep their loved one’s safe all while giving the same humor and action the readers have come to expect from the duo since their start on this fun publication.

A Balance of Light and Dark

Julie and Shawna Benson pen a new tale that immediately engages the audience with both familiar faces and a new dangerous foe. As Barbara tackles being both Batgirl and Oracle and going to some illegal means to stop Calculator’s men on the streets of Gotham, the result is heartbreaking on several levels, making Babs question her heroic lifestyle. While the story is the perspective of Barbara Gordon, whether as the brilliant Oracle, Jim Gordon’s techy daughter or a dynamic part of the fantastic Birds of Prey, the Benson sisters do a fantastic job at diving into the many roles Babs takes on in her life and how to effectively keep everyone safe. When someone close to her is taken, the entire team suffers, leading to feelings of guilt, anger and pain that only these writers can greatly show through dialogue and lack thereof.

Terry and Rachel Dodson’s cover beautifully compliments the soft pencils and shadows created by Antonio that wonderfully expels both the femininity of the title characters and the stunningly raw passion within their fight, candor and outright emotion. The same compliment comes in Maiolo’s pastel colors that effectively rounds out the artwork that elevates the Bensons’ already thrilling and touching storyline. With this issue’s tone, Antonio’s illustrations summed up the rollercoaster of feelings you get when diving into Part One of this arc.

It’s always exciting to read the beginning of a new story and this week’s start to “Full Circle” was no exception. Although the ending was heartbreaking, it leaves the reader highly anticipating issue 20 and how these characters will respond to the major event that ended the comic.