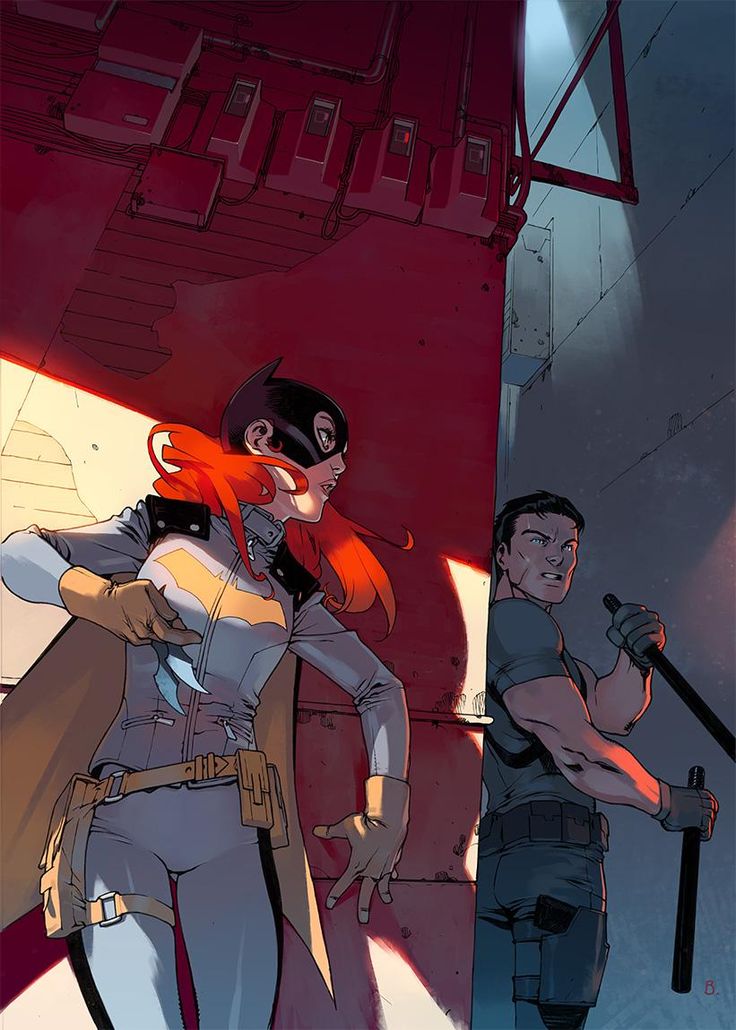 Batgirl stumbles upon a conspiracy that takes her across the river to Gotham, and into the path of many of the city’s female protectors — and maybe the ex-boyfriend she thinks is dead. It’s time for Barbara to come face-to-face with the Matron, Spoiler, Batwoman, and the young ladies of Gotham Academy!

For the first annual starring the All-New Batgirl (not to mention #41-42), Stewart and Fletcher have flipped the tables on their first six issues and brought Barbara right back into contact with the rest of the Bat-Universe. It’s a very different world than it was when she last interacted with it, however. Armored costume and PTSD a thing of the past, perhaps, but that’s not all that’s changed.

The Bat-Universe, more than ever before, is a world run and protected by women, and having Batgirl touch each corner in turn really gives us a sense of what that feels like. Yes, Dick Grayson has a weighty presence in this issue, as Bruce Wayne still does in the monthly arc also concluding this week. But the real focus is on how Barbara works with the different personalities that occupy spaces she too has occupied over the years:

The Matron, the sultry, determined partner to the guy with the cute butt.

The Spoiler, a novice in training.

Batwoman, the solo hero at her prime depending on no man.

And Maps, the little girl who dreams of growing up to be a hero.

Barbara is currently none of these things and yet we get to see a little bit of all of them in her current incarnation. Overall, it’s a nice touchpoint for her development to view the contrast, but it’s also just damn nice. It hasn’t been long since Batwoman graced the pages of a monthly comic, but it’s already been TOO LONG. And seeing how naturally Barbara fits into the setting of Gotham Academy just warms my heart to no end.

Stewart and Fletcher’s presentation of Spoiler is a bit of a conundrum, because we haven’t seen too much of Stephanie Brown yet, and it’s always been in much more serious books — Batman Eternal and Catwoman. Whereas Batwoman felt right on target for her brief appearance, Spoiler came off as a little more flippant than I’m used to. Perhaps she’s more like her pre-New 52 attitude, something I’m not sure we’ve seen yet. But on the other hand, that may elicit a lot of strong applause, if I’m right about that. I may not be the best judge here.

The assembly of artists working across these pages is exceptional, with each one bringing something special to one of the characters involved. Bengal’s rendering of Batgirl is fun, dynamic, and always clever-looking, even if his Helena and Dick come off a little under-rendered. Barbara is by far the most expressive of the three, and it would have been nice to see the same level of dynamism in the other two protagonists’ faces. Colors by Bengal help make Barbara stand apart as well — and to be fair, she’s the only one with a brightly colored costume — where the spies (maybe appropriately) sometimes blend into the background.

Fuente and Eltaeb’s pages with Spoiler are cutely illustrated, giving each woman a youthful look that keeps the page funny and light. But hands down, the work by Ming Doyle and Ivan Plascenti on the Batwoman sequence is exactly what that character needs — here and on a monthly basis. Please DC, bring Doyle onto the character full time. We’re dying for more noir crime drama featuring this lovely lady.

And as with the scripting, the art on the final segment by Mingjue Helen Chen is so perfect and personal. It’s the closest to the monthly book we see in structure and style and just overwhelmingly heart-warming. There have been many times I’ve wanted to see Barbara mentoring young women, but never so much as I want to see her take Olive and Maps under her wing.

A fun romp, not just through Gotham, but through the world Barbara’s contemporaries are inhabiting, Batgirl Annual #3 is a must-have for any fans of ANY of the ladies depicted, not the least of which Barbara herself. But more than anything, the combination of today’s Batgirl with Gotham Academy elicits far too many squeees to pass up for any fan of great comics today. More more more, please.