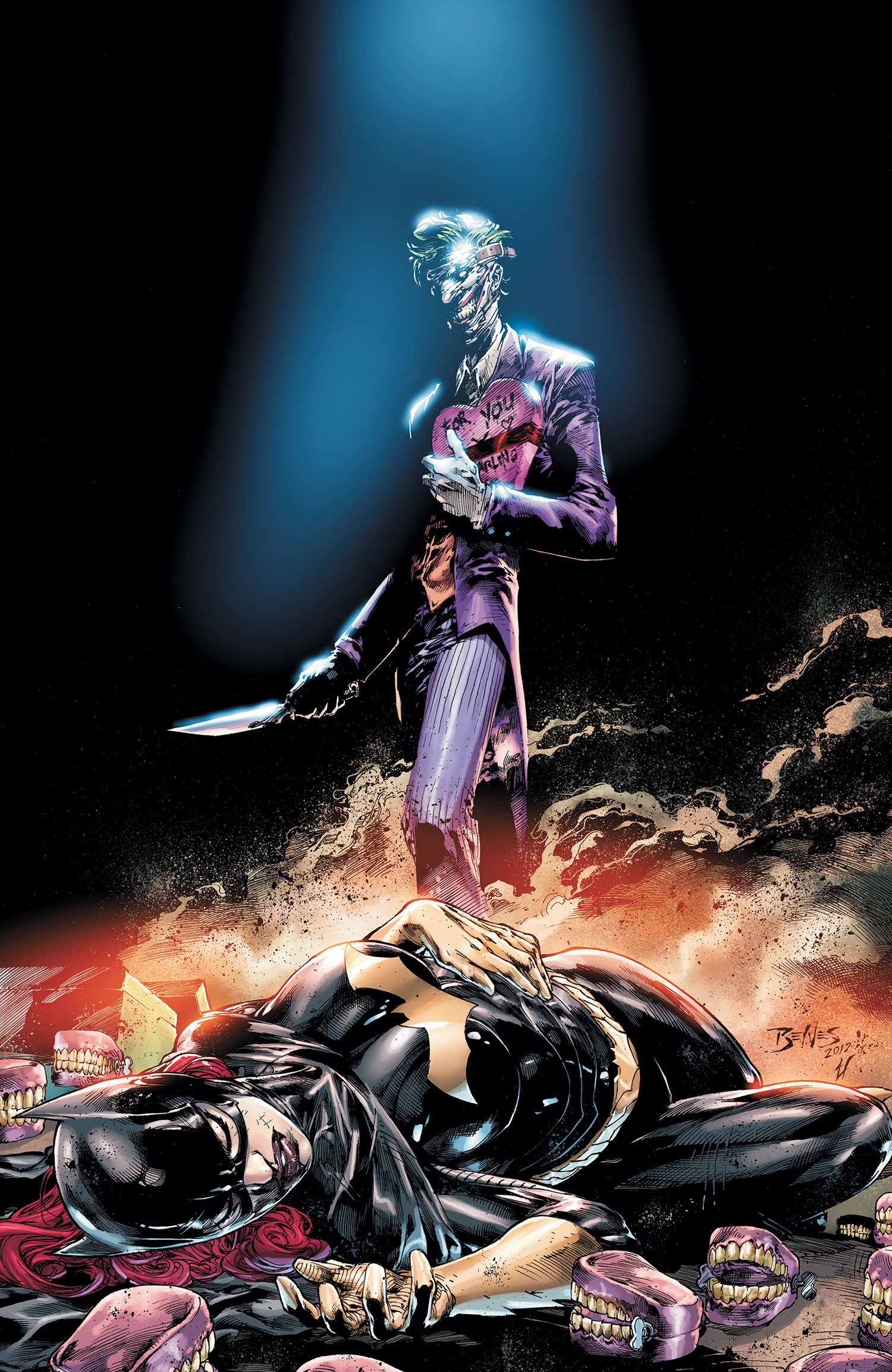 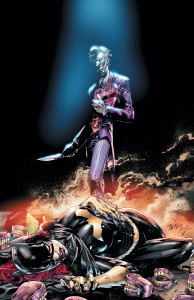 Barbara Gordon has spent the better part of a year working through survivor guilt, post-traumatic stress, and final bouts of physical therapy in an attempt to get back to the woman she was before the Joker shattered her spine. The road to healing has been a long one, taking Batgirl down emotional paths she couldn’t have imagined. But none have been so challenging as having to face the Clown Prince of Crime once more — now transformed into an even more sick and twisted version of himself. And what’s worse, the Joker is not the only psychopath standing between Barbara and the security of her family. James Gordon Jr. has reared his ugly head, and there’s nothing like sibling rivalry to make a mass murderer look like a walk in the park.

Simone once again returns Barbara Gordon to her darkest places, facing villains who not only metaphorically represent her deepest fears (Mirror, Knightfall, Strix), but are actually physical manifestations of them — personalized, real life bogeymen. It’s an interesting trinity of fear that Simone has constructed here, playing one character against another in an attempt to unbalance Barbara and make her face the worst moments of her life all over again, from the shattering of her spine by the Joker to the abandonment by her mother due to James Jr.’s threats and manipulations. To bring all these elements together, including Barbara’s mother and father, is like mixing random chemicals in a drum to see what will happen. It’s exciting and nerve-wracking and crazy all at the same time, and yet these are the conditions that force Batgirl through her trauma and out the other side, finally freed from the fear the Joker left in place of her damaged vertebrae. 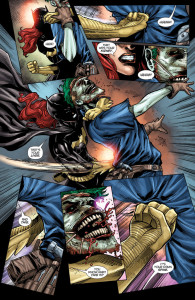 This volume actually features some of the best moments Simone has put to paper since the start of the series, always keeping Barbara’s emotional reactions and sensitivities at the center of any scene. Batgirl’s rage surfacing during the roller rink confrontation with the Joker resonates deeply with any reader who may never have had the chance to confront his or her victimizer, but the real tell of Barbara’s singularity as a heroine comes in a much quieter moment — her reaction to her roommate Alysia’s reality as transgender. Lots of reaction flew when this scene appeared in the monthly comic, and the only thought I still have to this day about it is just how perfect that simple acceptance and profession of love from Babs was. Would that we all could experience the same every time we can muster the bravery Alysia did in that moment amongst our family and friends.

Daniel Sampere illustrates the bulk of this collection to great success, depicting both the Joker and James Gordon Jr. with equal (if not drastically different) creepiness. The Joker, of course, is a unique blend of disgusting rot with comedic genius, a combination so perfectly rendered by Sampere with his outlandish body language throughout the roller rink scene and gorgeously grotesque close-ups on the Joker’s disintegrating face. James Jr. is appropriately cold and plastic, a figure whose emotions are meant to be suppressed, not worn like a circus mask like the Joker’s. And even with that limitation, Sampere manages to create a figure so scary, he convincingly gives his accomplished sister pause. Also, of note are Admira Wijaya’s pencils in the opening story, placed perfectly so as not to interrupt the flow of Sampere’s work, but set a strong tone for the whole of the volume. Her depiction of Strix, the Talon Mary whom Barbara encountered on the Night of the Owls, is as emotional as any other villains’ in this collection, and one I hope to see more of in the future. 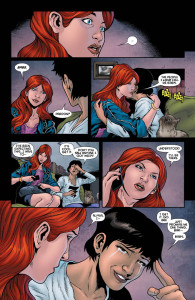 Without question, the stories held within this volume of Batgirl (Annual #1, #14-19, and excerpts from Young Romance #1 and Batman #17) certainly represent the best use of the ‘Death of the Family” banner outside the main Batman title itself. The expectation most readers have when picking up a tie-in issue (the remainder of which are available in last week’s Joker: Death of the Family collection) ranges from barely connected to completely irrelevant, and Simone’s treatment of Barbara’s very personal relationship and confrontation with the Joker vastly exceeds all reasonable prediction. That the story continues on — and weaves Batgirl’s complicated relationship with her psychotic brother, wayward mother, and dutiful father into the overall narrative — is a testament to how powerful the construction of this collection is. So powerful, in fact, that the very title chosen by Scott Snyder and Greg Capullo, “Death of the Family,” is completely co-opted and transformed to represent not the death of the Batman family, but that of the Gordons.

Where this collection unfortunately falters, however, is in its consistency throughout, with the shift in narration occurring not once, but twice in the second half of the book with two additional writers taking over. The inclusion of Batman #17 (which, among other things, includes the reveal of where Barbara was taken by the Joker) may complete those story threads, but it harms the momentum and clarity of the book’s vision as a single story too much to make its presence worthwhile. A chapter without James Jr., and one now told from the point of view of a character that had not appeared in the story as yet, Batman #17’s spot in the book is incredibly disruptive to the narrative. While you won’t find a bigger fan of Greg Capullo’s art than I, its stark contrast to Sampere’s pencils breaks the flow of the story so significantly that it makes it hard to recover. Even Ray Fawkes’ switch in narrator from Barbara to James Jr., and oddly emoted handling of the death of Damian Wayne — while jarring in the monthly read — seems somewhat reasonable by comparison.

A brilliantly planned arc that unfortunately fell short by circumstance and connection to a larger story, Death of the Family nonetheless stands as a momentous leap forward for Barbara Gordon as a character who has overcome one significant trauma, if only to immediately experience a second. With a great emphasis on her compassion, self-awareness, and commitment to family — both blood and chosen — Volume 3 of Batgirl’s ongoing series continues to exhibit everything we’ve come to love and admire about Babs under Simone’s pen. Any structural failures aside, this story will undoubtedly ripple out its effects for months and years to come, and its collection is well worth the time and investment for that sincere progression alone.