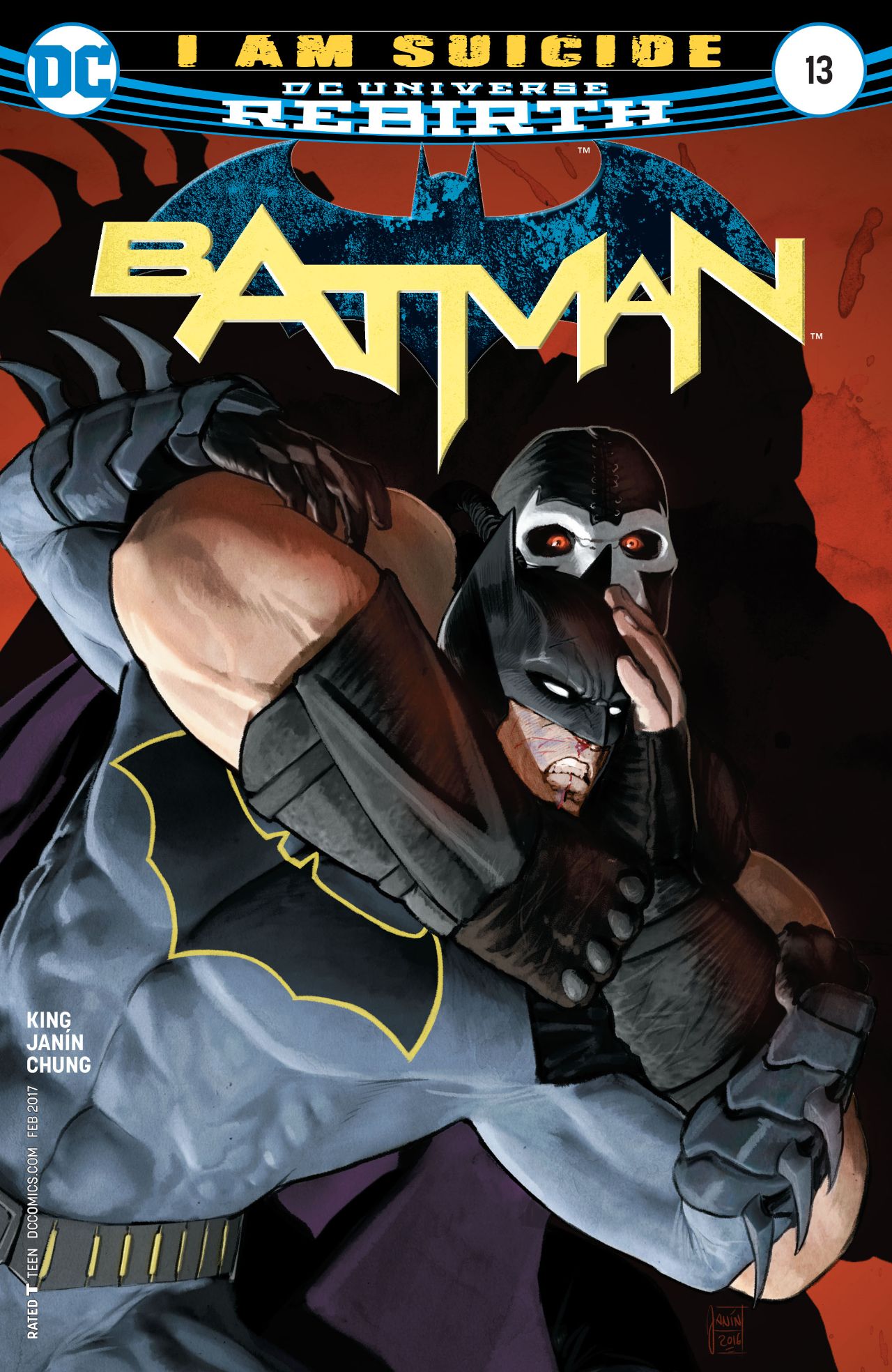 The closing chapter of the arc is all about moving pieces and how the plan can be fully realized even in the face of adversity. While Batman himself still is more about showing than telling under King for the story, the rest of his Suicide Squad finally get time in the spotlight. The opening page details this with stunning accuracy and tight color work. We have four puzzle pieces at play in the form of: The Ventriloquist, Punch and Jewelee, Bronze Tiger, and Batman.

Before their time at Santa Prisca can end, Alfred has a visitor in the Batcave. While the guest makes her conversation short and sweet it will no doubt have repercussions for Bruce’s world and other titles at large. The brief back and forth will make you think just how much “The Wall” knows about Batman’s operations (probably everything) and what this means for their strained relationship as two people who seek to know and control everything in their grasp for the sake of knowing what’s coming next in this weird world of superheroes, God’s, and monsters.

Back on the island prison, the standoff between Batman and Bane reaches a fever pitch, this time with the audience of Selina Kyle and Psycho Pirate. King and Janin work to use all of the space on the pages to weave the four puzzle pieces ever so slowly to their own specific climax. Batman and Bane’s one sided fight takes up most of the space with the other three pieces crawling at their own speed in one square glimpse.

Bane keeps up his changed persona of a man finally at peace and content albeit because of Psycho Pirate’s “therapy” and for a guy that’s been Batman’s physical superior he seems to generally want to help Batman in his own way, one without searching for the monsters that could put an end to him. Batman only continues to utter his one declaration that powered him through past issues of “I Am Suicide” wanting to break his damn back.

In a inversion of Batman’s sequences taking up the space and action, the Suicide Squad comes into full form and gets to work prepping their own specific goals to get out of Santa Prisca. With Batman’s action taking a backseat in the “window panels” we get brief moments of humor and insanity with Punch and Jewelee blowing bubble gum, talking about the simple life back home after the mission is over, and just being madly in love despite going through a furnace in bubblegum armor.

It’s one of the moments of levity in the issue that perfectly capture the pair’s madcap love and willingness to get things done. The other pieces begin to converge in the meantime, in a move that should surprise no one Bane gets knocked down a peg and learns to never trust equally mistrustful individuals.

The Ventriloquist gets a highlight worthy conversation with Psycho Pirate that proves no one can control him but himself. The scene reads like a Battle of the Minds and the moment we’ve been waiting for doubly so. Earlier in the issue, Janin and Chung play with the colors and literal isolation of Wesker. The scenes up to that point were enriched in warm colors, saturating the scene in red’s, oranges, yellows, and browns making for a gritty and vibrant location while The Ventriloquist was kept at bay with contrasting black and whites keeping him away from the action.

Bronze Tiger remarks on the sure absurdity of them accomplishing Batman’s plan. Catwoman replies with a sentiment, people usually have when it comes to the Bat, “It’s not impossible. It’s Batman.” and that’s never been truer for this arc’s closer. Everything about the mission, team, goal, and escape shouldn’t have worked and yet… Batman leaves Bane with some of his own words for thought and casually details his team’s respective fates on the way to the Bat-Sub.

King, Janin, and Chung have gone to some extremes over the course of this issue and with “I Am Suicide” as a whole. Janin’s art excels in rendering facial expressions and big moments complete with the satisfying sound effects and accompanied with Chung mastery over color no matter the occasion or scene and you have a Batman story that’s cleaner than most instances but remains in the dark, realistic, impossible world of Batman.

From the personal look into what motivated Bruce as a child, to Selina Kyle’s analysis into their relationship… the arc had more in store for us than just rescuing Gotham Girl’s state of mind, it brought up renewed examinations inside characters we thought we knew and left just enough for us to wonder what’s next for several characters in the Bat mythos.