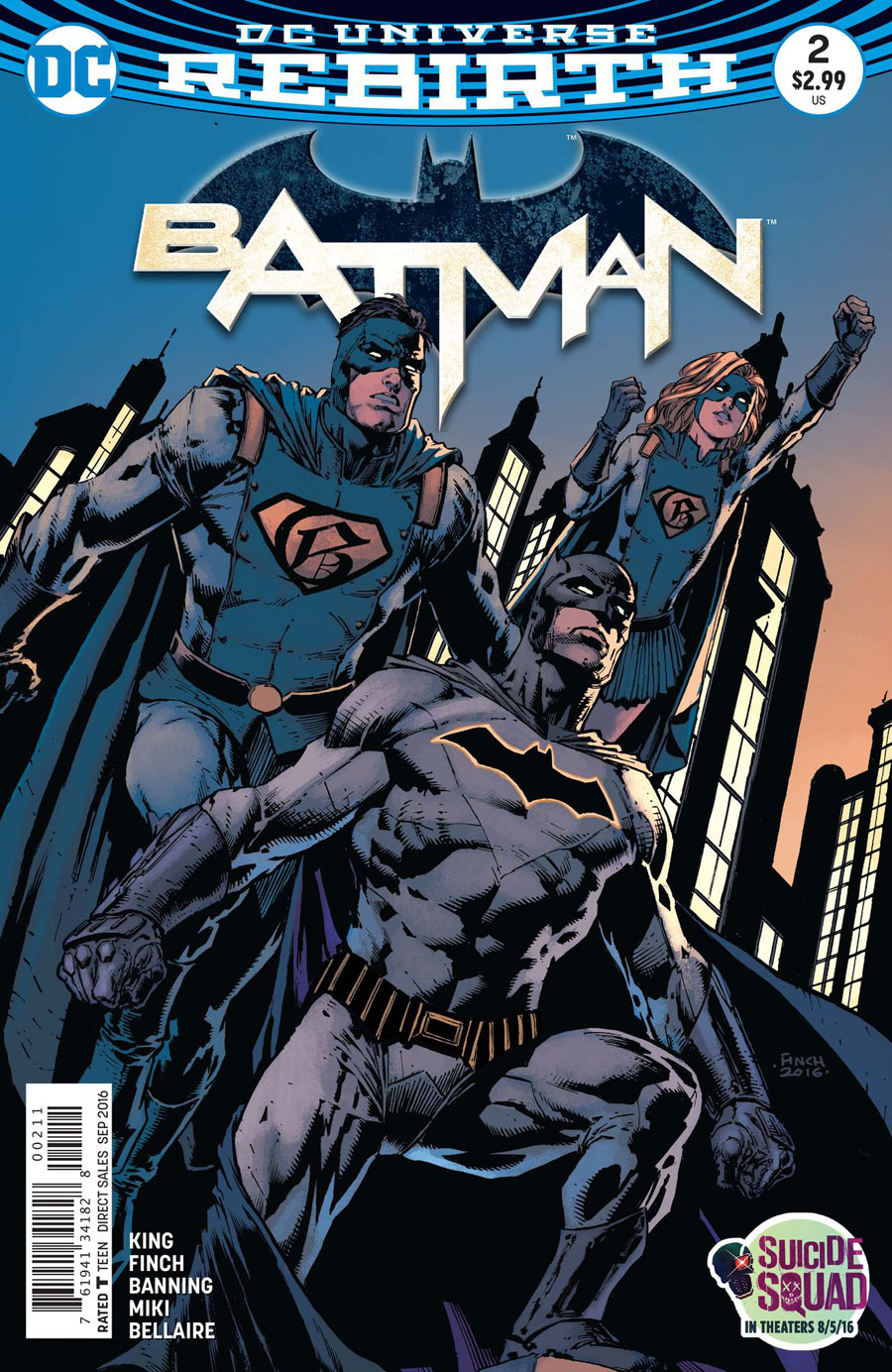 There is always a tentative mixture of excitement and apprehension when a new comic team takes over a major title.

Tom King, a fantastic writer who has already proven his capacity to write for the Gotham setting, transitions from his debut issue into issue #2 with the express interest of letting readers know what they can expect. While issue #1 was a show-stopping (if a tad extreme) example of King asking readers to see Batman handle “Superman” level threats, issue #2 digs straight away into the fallout of how a non-invincible mortal has to deal with survival.

Indeed, survival and legacy seems to be two important words to King and for his story, since Bruce’s concerns over what will happen to Dick after he inevitably passes ties in well to his concerns over Gotham and Gotham Girl. Are they trustworthy? How effective are they? King wants readers, it seems, to be as concerned with Bruce’s well-being as with the well-being of Gotham.

Considering the set-piece style of issue #1, Batman #2 moves quickly into establishing numerous traits for Alfred, Bruce, and Gordon. Alfred is provided some subtle and effective lines which establish his role in the comic as both grounding and also humorous. Bruce’s obsession with Gotham and his Bat-life are shown to interrupt his Wayne Enterprises duties, a fact which paints Bruce as being a little more insensitive than this reviewer can recall.

However, showing Bruce’s concerns as being something which blinds him to those around him is fertile ground for dramatic writing. Finally, Gordon is shown at home behind the desk at GCPD, while he also submerges himself in work. His small moment about putting off calling Barbara is as amusing as it is revealing.

But, what about Gotham and Gotham Girl? Unfortunately, King does not devote much time to their characters outside of showcasing their physical abilities. So far, King seems to be wanting readers to only know about both characters through Bruce and Gordon, so they have not yet been afforded scenes on their own, in or out of costume. Bruce’s reluctant observations on both characters show he trusts them in their intentions, yet he does not believe they are working to their maximum capacity. While there are many ways of conceiving how Bruce could interact with Gotham and Gotham Girl — ones ranging from the paranoid to the antagonistic — his measured sense of trust seems to be a good place for King’s run to start.

Finch’s pencils present a stylized depiction of characters that are extremely textured. From the grizzle on Gordon’s face to the weathered fingers of Arkham inmates and a character names Bob Castro, minute details are intricately presented. The musculature of the Gothams and Solomon Grundy are well done, as is Batman’s one action panel.

While the Gothams are not fleshed out as characters on the same level as Bruce or Gordon, their action panels at the start of issue #2 showcase Finch’s action chops (complete with the destruction of the totally-not-the-Statue-of-Liberty). The pair’s pencils work best with details like hair, stubble, fingers, and other, smaller details. There is a tremendous amount to notice in the faces, clothes, and textures of this Batman series, all of which is complimented tremendously by the colors and inks of Bellaire, Banning, and Miki. The tonal changes between the Batcave and Gordon’s office, from blues or ranges, compliment the comic tremendously.

Ultimately, Batman #2 serves as a good window into the themes and styles that King and Finch can build on for future drama. Considering the elements present in this issue, the series seems to be in good hands.