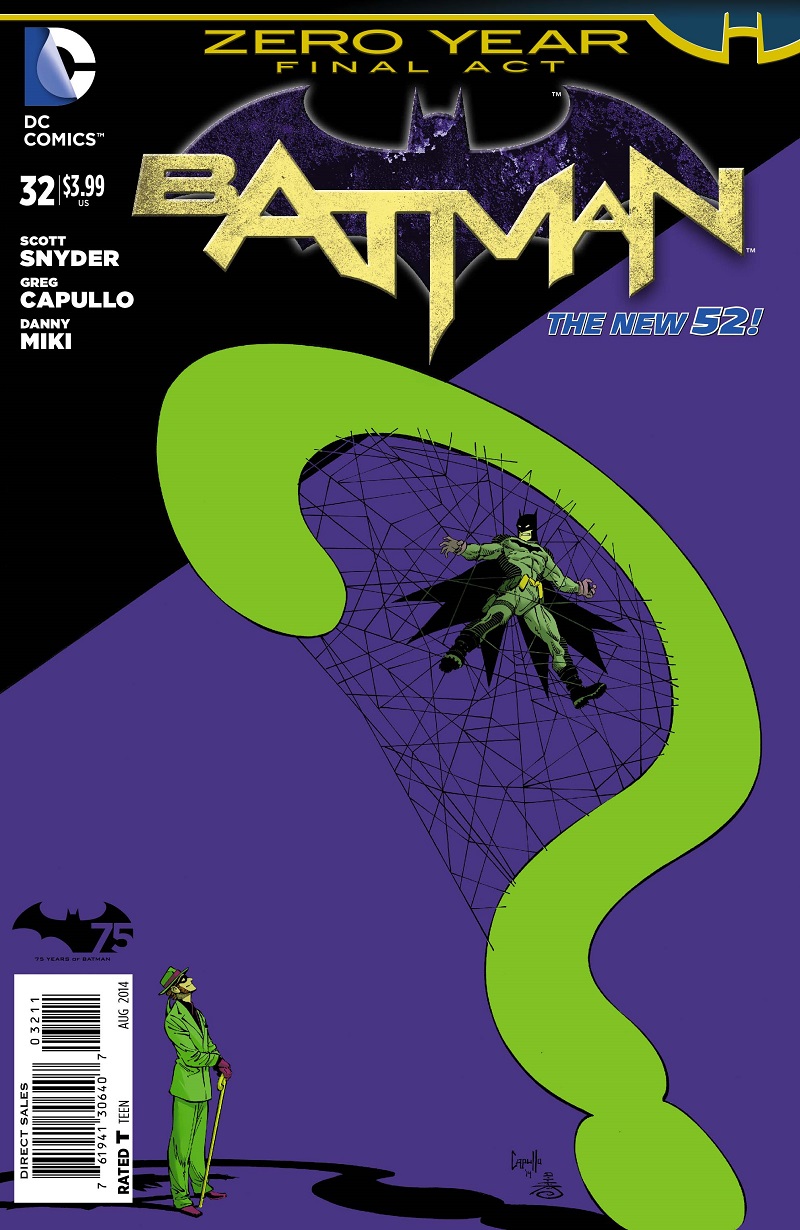 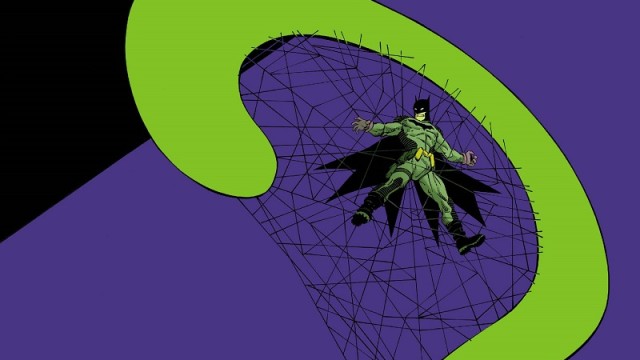 Snyder and Capullo are in top form as they drive Zero Year to a close, with issue #32 priming the epic event for a massive conclusion.

Scott Snyder’s work on Batman has been masterful up to this point and while there were some (including myself) who were skeptical about the duration of Zero Year, as we draw nearer to the conclusion of the storyline it can be said that in Snyder we must trust. Zero Year as a whole has been brilliant, and issue #32 of Batman is yet another fantastic chapter in the series. The Riddler is one of the most intelligent criminals in comics and Snyder has done an excellent job maintaining Nygma’s intellect throughout this story, keeping him one step ahead of Batman, but not by an unreasonable amount. These adversaries are equals, with one having the upper hand so far, but Batman just a fraction of a second behind his scheming. Snyder’s characterization of this young Dark Knight is absolutely fantastic, with his growth as a hero showing in this series. The Riddler is building the Batman we know, and it is incredibly entertaining to see that unfold.

In this issue, Snyder takes the stakes of Zero Year and cranks them up a notch, with Nygma’s master plan (possibly?) revealed. With the Riddler you never fully know, but what is revealed in issue #32 of Batman could be catastrophic for Gotham. The very nature of the situation Nygma has built keeps the tension through the roof in this comic and leads to some great interactions between Batman & Lucius Fox. Snyder manages to create situations so intense that readers can’t help but feel real danger for these characters even though we know they all survive this event. That is no easy feat, to create a story so gripping that readers lose the time frame it is occurring in and for that I applaud Snyder’s strong writing.

As has been the case for so long now, Snyder’s strong writing is complimented by fantastic art from Greg Capullo. His unique style is the perfect fit for this story and his work in this issue is exceptional. Capullo pencils actions sequences very well in this issue, using some brilliant layouts to keep pages visually dynamic. His storytelling skills are unparalleled, the story unfolding with ease and perfect timing. Capullo builds drama better than damn near anyone in the industry and how he and FCO Plascencia keep the tension of this story so high even though it is occurring in broad daylight is fascinating. Capullo uses unique angles and silent panels in this bright atmosphere to highlight Bruce’s frustration and rage, and when the issue heads into a darker locale he uses shadow brilliantly to make it immediately feel like Batman is now “home”, even if he’s not on his own turf. It’s difficult to describe how well Capullo transitions the artwork from the brilliant light to the darkness without heading into spoiler territory, but the tonal shift when the transition occurs is nothing short of brilliant. His work in the final pages of the issue drives home that this is the end, and readers are going to get their final conflict very soon.

Snyder and Capullo have become a team that will be remembered for decades to come and stories like Zero Year are why. Issue #32 is a fantastic single issue built upon a brilliant run of them, driving toward a conclusion that I can’t wait to read. This is as good as comics get, and anyone who has been reading Batman to this point will be very satisfied with this issue. Zero Year is primed to have one hell of a finale, and I can’t wait to get my hands on it.