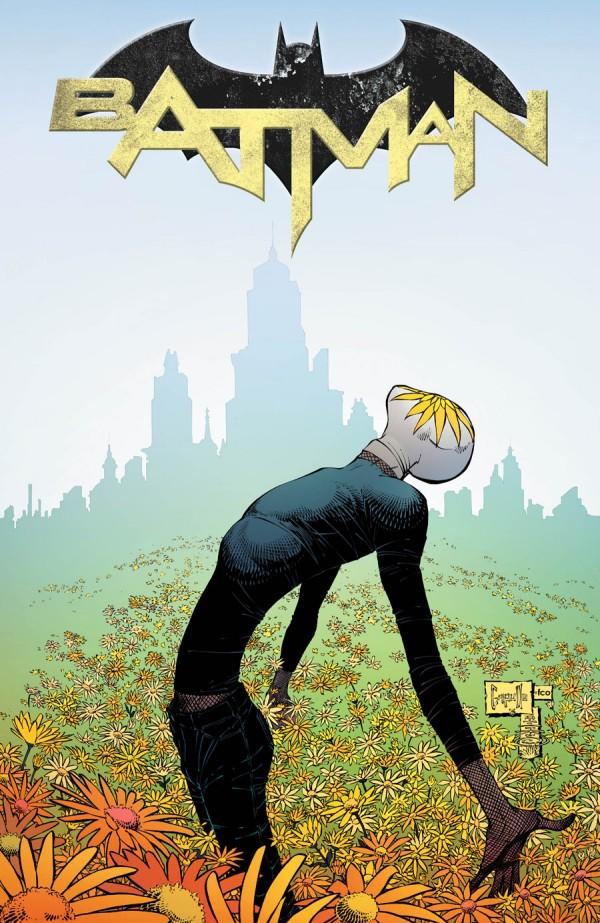 So, I could handle this Gordon-as-Bats thing going on a bit longer, if it’s gonna keep on being this damn good.

Snyder and Capullo change up the pace in this issue, giving readers their long awaited explanation as to how the devil there is a Bruce Wayne alive and kicking and a Jim Gordon Batman. The explanation as to how Bruce survived is not entirely shocking, but the way these storytellers have Alfred deliver the tale is amazing. To shift the narrative away from Jim and have Alfred explain the state of Bruce Wayne was brilliant and the skill with which both Snyder and Capullo deliver that story is amazing. The emotion pouring from Alfred is palpable and really sells the character shift in Bruce Wayne, and makes his situation all that much more dynamic going forward.

These creators are making Jim more likable by the page, as well. Not that Jim has ever been a heel, but he’s changing ever so slightly with each issue and fitting as The Bat more and more. The mannerisms Capullo weaves into the artwork whenever Jim is in the suit are excellent, and Snyder’s dialogue is on point. His voice for these characters is fantastic, and Mr. Bloom is positively creepy. Jim has his first legit threat and, after seeing Bloom in action in this issue, there is no doubting the legitimacy of this threat. This character already has the potential to be the Joker to Gordon’s Batman, and that tension gives this issue a lot of energy.

Capullo’s artwork is amazing, FCO Plascencia’s colour work caps off and compliments the line work. The mood of the book is amplified by Plascencia’s work, the lightness that exists in Bruce’s life now is well represented by the colour palette. This is an art team to be reckoned with, and Batman‘s visuals are as strong as ever.

Batman #43 is a damn fine comic. The saga of Jim Gordon has me hooked and this villain is as dark as we’ve seen in Batman yet. Bruce Wayne has changed, but Gotham has not and I can’t wait to see what is in store for Jim and his team in issue #44.