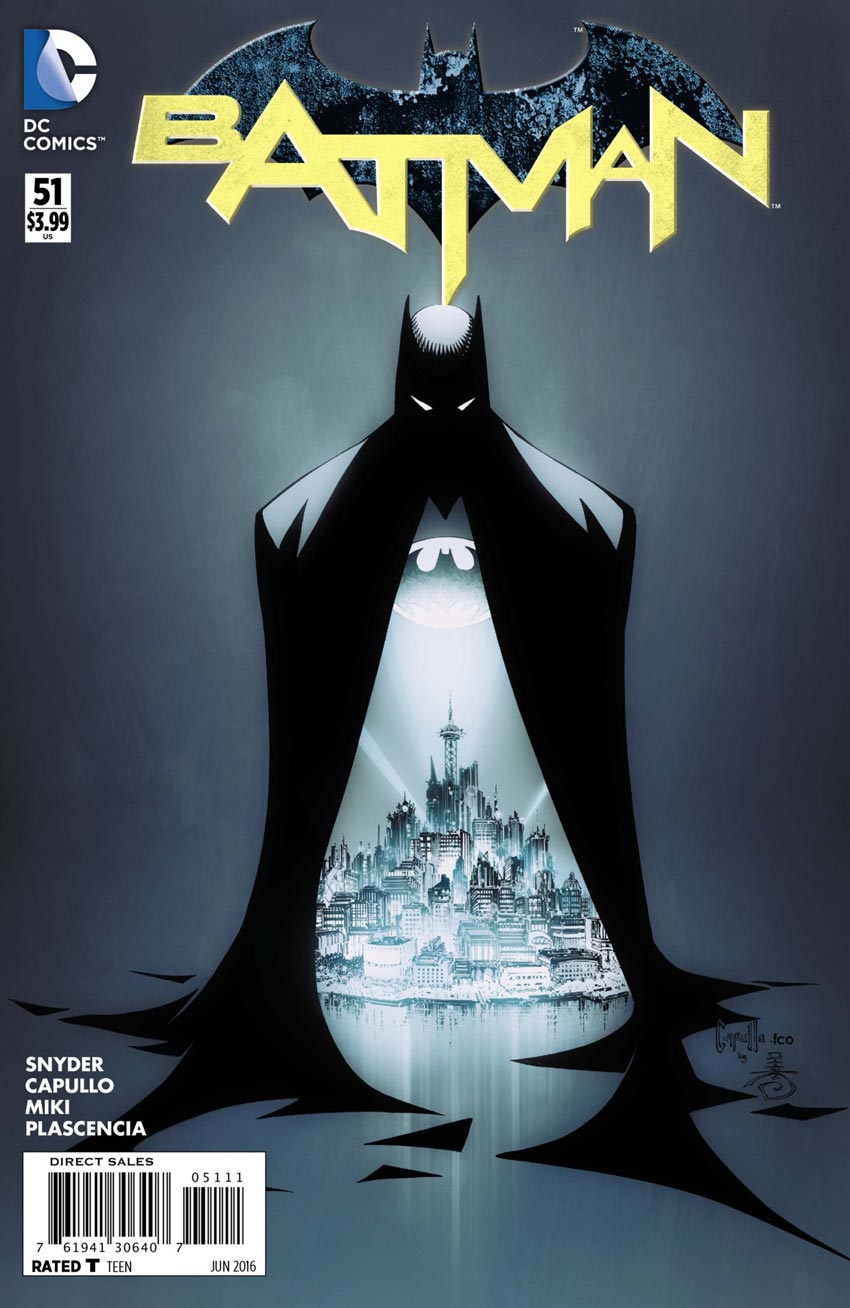 The dream team takes their final stroll together through Gotham, wrapping up their run on Batman by resetting the deck a bit and delivering a nice final statement about the City and it’s protector.

Scott Snyder’s time with Batman isn’t over, but this chapter comes to a close with a reflective trip through Gotham for the Dark Knight. This is a patrol we don’t often see in Batman comics, but it works very well as a send off for this creative team, the longest running of the “New 52” by far. It is a lower-key tale, but that isn’t a bad thing…and when you’ve delivered a volume as well crafted as this, you deserve a victory lap. Snyder’s dialogue and pacing are on point, and his general take on the City and its populace is entertaining to read. Gordon’s banter with Bruce is great, with some nice nods to Superheavy. Their relationship, in the form shown in this issue, is classic Gordon/Batman and it’s just plain nice to read. While I’m happy to see Snyder is continuing to tell tales involving the Bat in Rebirth, this is a well written send off to the greatest volume of Batman I have ever read.

Speaking of victory laps, Greg Capullo takes a nice stroll around the bases here after the grand slam that has been his work on Batman. While this issue isn’t full of high octane ass-kickery, Capullo doesn’t tame the storytelling and phone it in. I’m not sure he’s capable of doing such a thing, and the art in this issue of Batman is as strong as the first issue that kicked off The Court of the Owls storyline. His pencils are sharp, Miki’s inking is great and FCO Plascencia’s colour work is strong. This is the art we’ve come to expect when we open up an issue of Batman, and Capullo et al have certainly set the bar high for the incoming art team.

Batman #51 is a nice read and a solid “goodbye” issue from this departing creative team. Their stamp is firmly planted on this character, the rogues and the city of Gotham, and people are not going to forget the Snyder/Capullo run for a damn long time. Thank you, Greg & Scott (and Danny & FCO), that was one hell of a run.