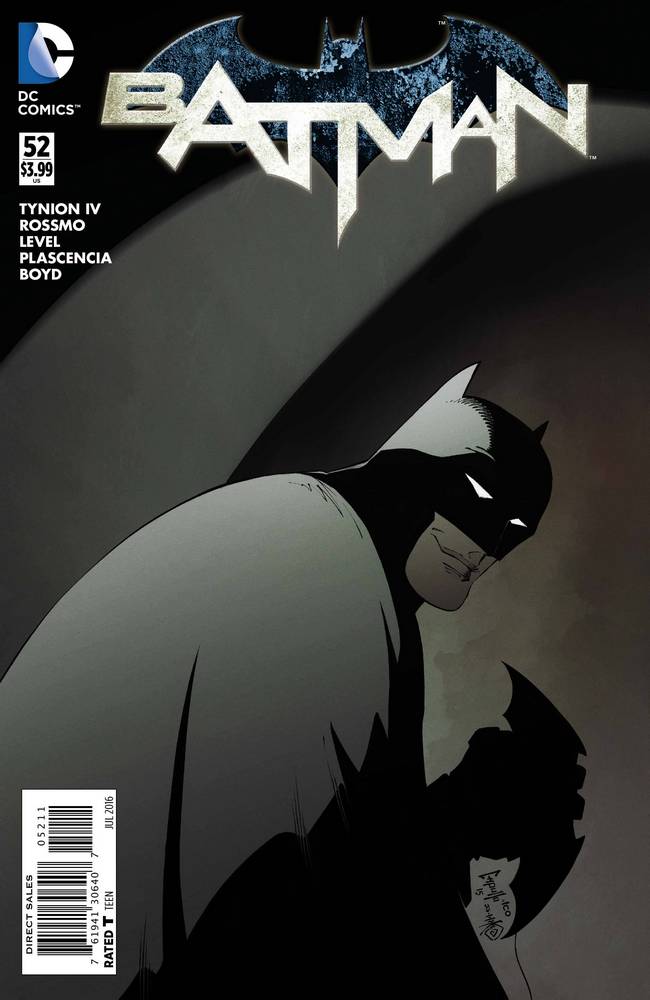 James Tynion IV teams with Riley Rossmo for one last backup tale, closing out this volume of Batman with a story showcasing Bruce & Alfred’s relationship. While the time after Thomas & Martha’s deaths has been heavily mined, Tynion finds a neat spot for a new detail that makes for a nice one shot that book-ends one of the greatest volumes of Batman ever.

Tynion builds this issue well, traversing paths most Batman fans have walked before, but with a little nugget they’ve never seen until now. He traverses Bruce’s past and present well, making readers feel comfortable but curious as to what new information could possibly be waiting to be exposed. He gives readers some good Bruce/Alfred moments, and writes young Bruce well. There is a lot said when there is no dialogue in this issue, to both the credit of Tynion and Rossmo, and in the quiet readers are given some quintessential Batman moments.

Riley Rossmo’s distinct style brings an edgy element to this issue, giving the well-treaded aspects of the story a new feel. I was impressed by Rossmo’s ability to capture the softer moments between Bruce & Alfred, which juxtapose the harsh lines of The Dark Knight very well. Rossmo is a horror master and I like the edginess he brings to Gotham. The silhouette of Batman by his hand is a menacing thing and his style gives this issue a lot of visual impact. Ivan Plascencia & Jordan Boyd’s colours take Rossmo’s lines and give them an added punch, leading to a total art package that is aces.

Batman #52 is a solid issue to cap off this volume, a fitting final “backup” story from Tynion. He and Rossmo work well together, and I’d happily read these two dig into a story involving Arkham in any way, shape or form. With this issue, I bid this volume of Batman adieu…it’s been one hell of a ride. Onward to Tynion’s Detective and much more.