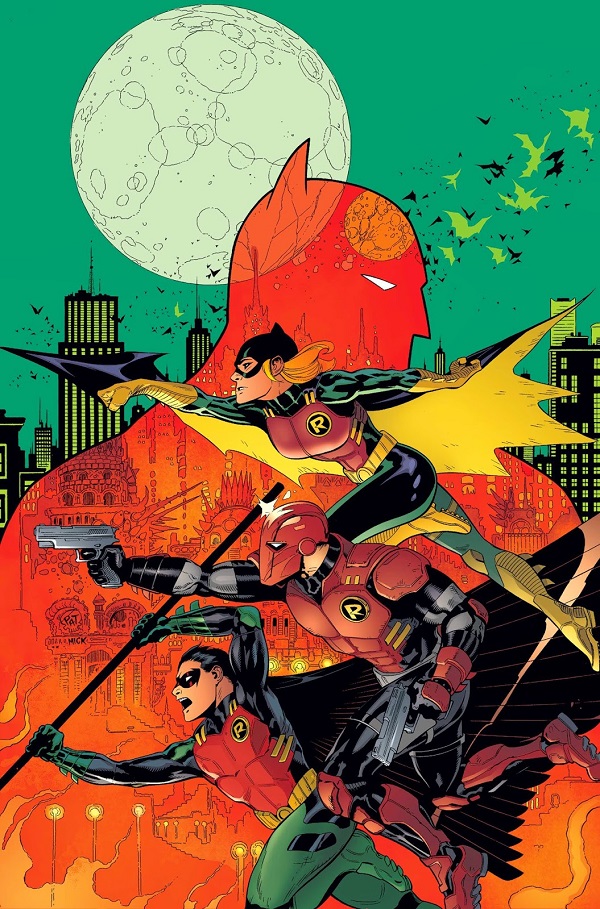 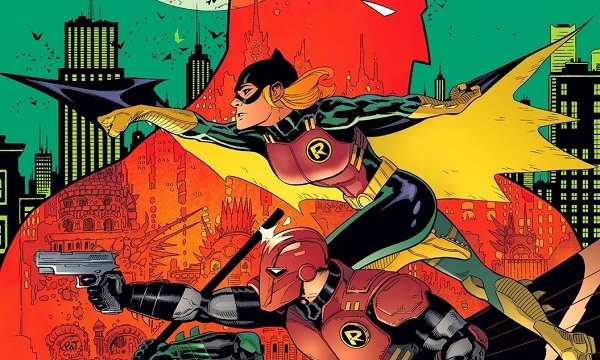 The Bat-family (and Cyborg) voyage deeper into the world of Apokolips as Batman takes his war to get Damian back escalates.

This issue is titled “Chaos” and boy oh boy, does Tomasi ever give readers chaos. Tomasi is throwing down on of the most unique Batman storylines in a long time, showing off a Bruce Wayne who is hellbent on vengeance and getting Damian’s body back. This is not the calm, calculated man with a plan that we’re used to…this is a wild Batman with one hell of a kickass suit and he’s, well, kicking a lot of ass. The bulk of this issue is the Bat-crew kicking a ton of ass and no matter what, that’s entertaining. Tomasi ties the insane action together with some solid dialogue and builds everything to a great cliffhanger that has me craving the next issue. With each arc of this series I’ve quietly thought to myself “He’s going there? In a Batman book? Really?” and Tomasi does go there…and it works. This is another great example of this, as I never thought I’d be entertained by the Bat-clan fighting through Parademons on Apokolips, but I am. Tomasi sells it in a way that fits for this series and these characters, and continues to build them all in a very strong way. He’s in the zone, and it shows in this comic.

Batman And Robin has featured fantastic artwork since the first issue and Patrick Gleason is still on the mark. This issue is a lot more chaotic than typical, and Gleason uses that to his advantage in some wild action scenes. He uses silhouettes brilliantly in this issue to give readers a different angle of some action packed moments and the layouts he uses throughout the issue are fantastic. Through that kickass suit I mentioned earlier, Gleason manages to show where Bruce is at in his mind and this Batman has never been more determined or focused. He dishes out some serious violence in this one and, through Gleason’s strong work, I buy it. I buy that this human being can unleash this much devastation on Apokolips because Gleason sells it. He and Tomasi are in such sync that there is no disconnect between script and visuals, and we, as readers, get to reap the reward of that. The colour work by John Kalisz gives Apokolips a great look and feel, giving Gleason’s work an extra punch that makes it hard to put this one down.

Tomasi and Gleason kick as much ass with this issue of Batman And Robin as the big guy does in that slick new suit. Action packed, great character work and a creative team that is on fire, this is a Bat-book that isn’t to be missed. That last page alone is worth the price of admission and it’s time for a showdown that is going to (hopefully) be nuts.