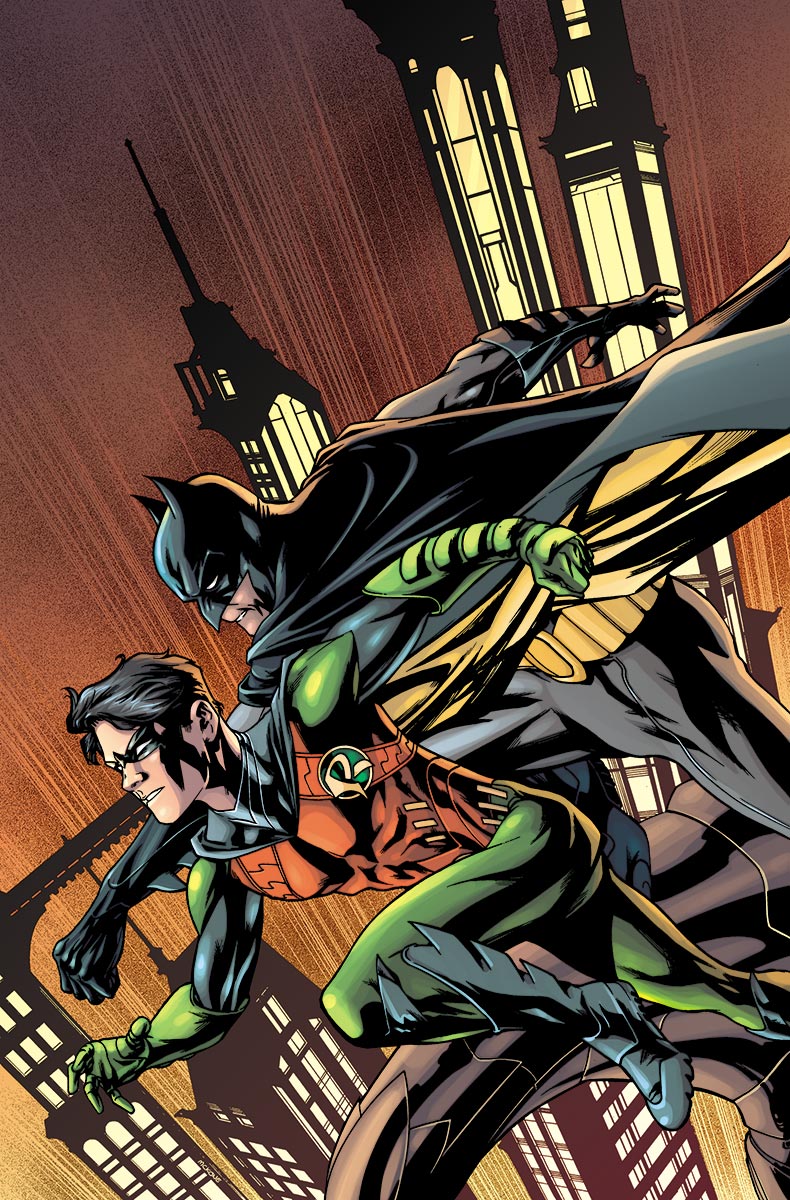 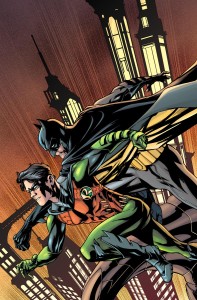 Peter J. Tomasi and Doug Mahnke take a look at Dick Grayson’s time as Robin in this retrospective Batman And Robin annual.

As has become the monthly norm with this title, Peter J. Tomasi writes characters with strong voices. He does an excellent job in this comic of giving Nightwing a consistent voice while he is a headstrong youth and the more experienced veteran looking back on his first days as a superhero. The story itself is rather straightforward, but what jumped out at me was the overall vibe of this comic: optimism. Bruce & the Bat family have been mourning the passing of Damian for nearly a year and this comic actually gave me the sense that we may be seeing this family progress to another stage of grieving. The Bat titles, as a line, have been quite dark (as is their nature) but there was a substantial amount of hope (and, dare I say, happiness) running through the pages of this book. In a way this comic felt like a bookend to the year of Requiem, and Tomasi does an excellent job of letting that undertone simmer below the primary story and let the actions of the characters speak of being in a different place than they were a little less than a year ago. This series has always focused on the relationships between Batman and his Robins and this second annual continues that theme with strong character work from a writer who is at the top of his game.

Readers have grown very comfortable with Pete Tomasi working with Patrick Gleason (who does provide some pencils in this issue as well), but they won’t be disappointed at all by the work of primary artist Doug Mahnke. While Gleason’s facial work may be stronger, Mahnke absolutely kills several splash pages throughout, giving fans the shots they are wanting from a $4.99 book. His art is worth the price of admission, and takes this somewhat straightforward script to a higher level. With inferior art this comic could be a flop, but Mahnke hits all his beats and delivers strong work from start to finish. The detail in his work is astonishing, even with a small army of inkers, and this high quality work shows he is one of the top artists in the DC stable. The colour work by Tony Avina is strong and is a primary piece of the overall optimistic feeling of the issue. His work makes Robin leap from the page and steal the visual-show with his energetic look on the page.

Batman And Robin Annual #2 is a must-read for anyone who has been following the Batman And Robin series, or anyone looking for a trip down memory lane to see Dick as a Robin. Doug Mahnke brings his A-game to the art half of the equation, and Peter J. Tomasi continues his fantastic writing of these characters. The done in one story doesn’t take readers for a lot of twists or turns, but does provide a glimpse at the emotional state of the Bat-family, with some moments that will definitely be appreciated by Batman And Robin fans.