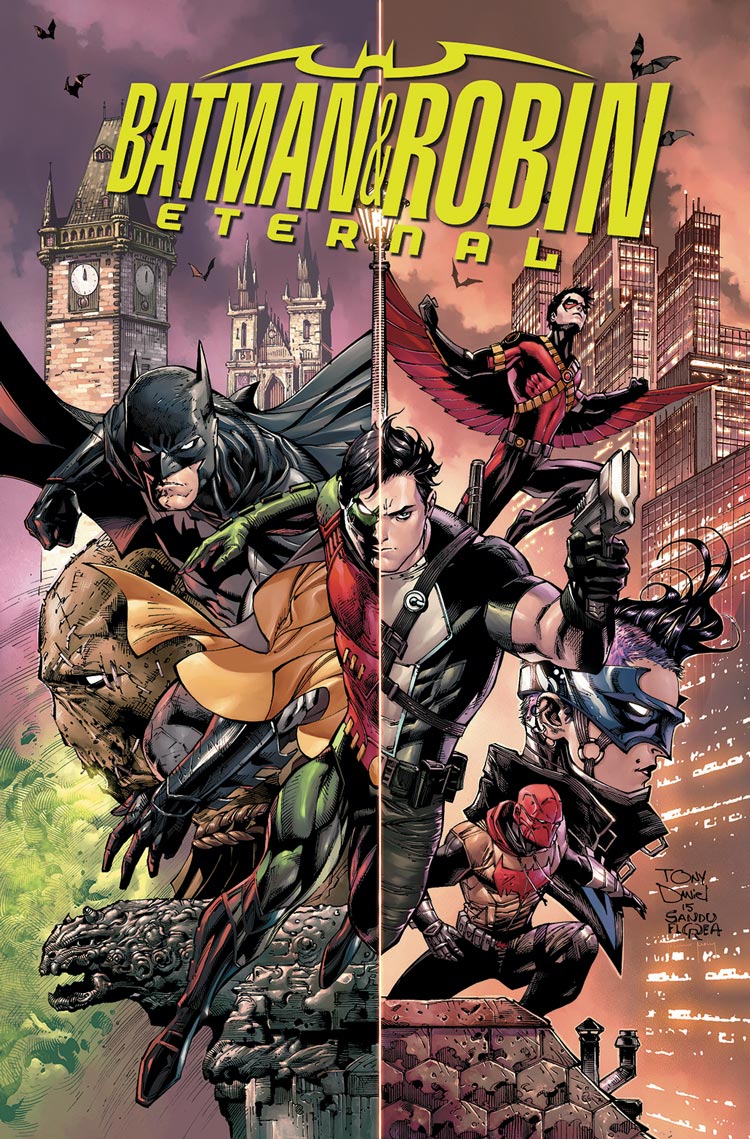 Shades of a past case are coming back to haunt Batman and Robin. The only problem? Batman is gone and Robin — all the Robins — has no clue who or what the threat is. An electronic confession reveals a secret long held, one that points to a conspiracy with Batman himself at its center. Who is Mother, and why is she now targeting Dick Grayson, Jason Todd, Tim Drake, Harper Row, and… Casssandra Cain?

No matter how many times readers hear from Batman that he works better alone, the reality is this: there is no family in comics like the Batman Family. Batman was one of the earliest super-heroes to take on a kid sidekick in Robin, now 75 years ago. And he never quite stopped accumulating children, adopting some and simply pulling others under his wings.

But what happens to that family when daddy has a secret? And what if that secret is about how the family came to be in the first place? And also, daddy’s not around anymore to explain when it looks like this family was brought together for something really, really sinister. Welcome to the new season of Eternal.

Tynion has launched a series that already provides heart-pounding thrills, heart-warming moments, and heart-wrenching reveals from its very first issue. In some ways, you’d think that Bruce’s absence would cast a pall on the connectedness of the characters, but what it has actually done is draw them much more firmly together — like you would hope for in any family. Even those outliers, like Bluebird and her brother Cullen, feel very much like they belong at the root of this tale from its very first pages. And that, honestly, is a striking difference already between this season of Eternal and last.

Throughout last year’s series, I got the sense that everyone and everything was in disarray — and to be fair, that clearly was part of the point. Multiple genres, multiple villain possibilities, multiple adventures — all taking place simultaneously for maximum chaos. Where Robin Eternal (which is totally what I want to refer to this book as) is a tapestry of different characters and threads from the start, Batman Eternal was a tangle of Christmas lights (although a really festive one). And that’s why this first 30 page issue feels so strong to me. Every character motivation and step across the pages is another clue in a conspiracy, woven together like a single picture, not fraying apart and sparking at its edges.

Tynion has launched the series with an explosive final page, but it’s the build-up that is so enjoyable. I really get that Dick, Jason, and Tim are brothers here, and that’s not always the case for me with other writers. I really get Harper’s smarts, and in her first few moments, I totally recognize the woman who is Cassandra Cain as the character I have loved for years.

Daniel knocks Cassandra’s reintroduction out of the park, not only with a stellar redesign of Cassandra’s look (that feels so right and recognizable without actually being a Batgirl costume at all), but also in depicting Cassie’s trademark skills. The pinpoints Daniel highlights on Grayson as he and Cassandra tussle, marking the weak spots she instantly exploits, are perfect ways to get at the heart of how she sees and feels the world. But above all, Cassandra is confident in her posture, standing strong against Batman’s (maybe) first protégé. This is Cass in her prime, and I am so happy to see it.

The issue is otherwise well split between opening action sequences with the three boys and more intriguing character moments. Daniel’s Batman, even though he has relatively few moments in the issue, is simply stunning and classic in its rendering. But what surprised me most is how perfect his Dick Grayson as Robin was too. I know there’s been some mixed feelings on the New 52 version of Robin’s first costume (mimicking Tim Drake’s 1980s debut costume most), but here it fits in with Batman’s like a glove. Every scene of them together so far makes me grateful that we’re going to see this in flashback in the months to come. Because these are visual stories I want to experience.

Special note needs to be made of Morey’s color work throughout this first issue, as the scenes shift from warm at its onset to cool as revelations about Batman’s questionable accumulation of children presents itself to Dick. The interplay between warm and cool in scenes does help ground each scene’s setting, but it really gives an extra layer of visceral excitement to the pacing of the story. Just when you think you’ve heard the confession — Wham. There’s something much hotter waiting for you. It’s a marvelous plan, and takes Daniel and Flores’ sharp and precise linework to an even greater level of enjoyment for me.

Batman and Robin Eternal has started off with a literal bang, but that’s not all that impresses me about this issue (although I do admit to flailing my arms like Kermit the Frog after reading that last page). The care Tynion and Daniel have for each character and their relationships — both physical and emotional — to the others is clearly manifest on the page. If every issue of the 26 part story is this compelling, we’re in for the biggest romp of the year. What an awesome way to celebrate Dick Grayson’s — and the Batman Family’s — seventy-five incredible years. 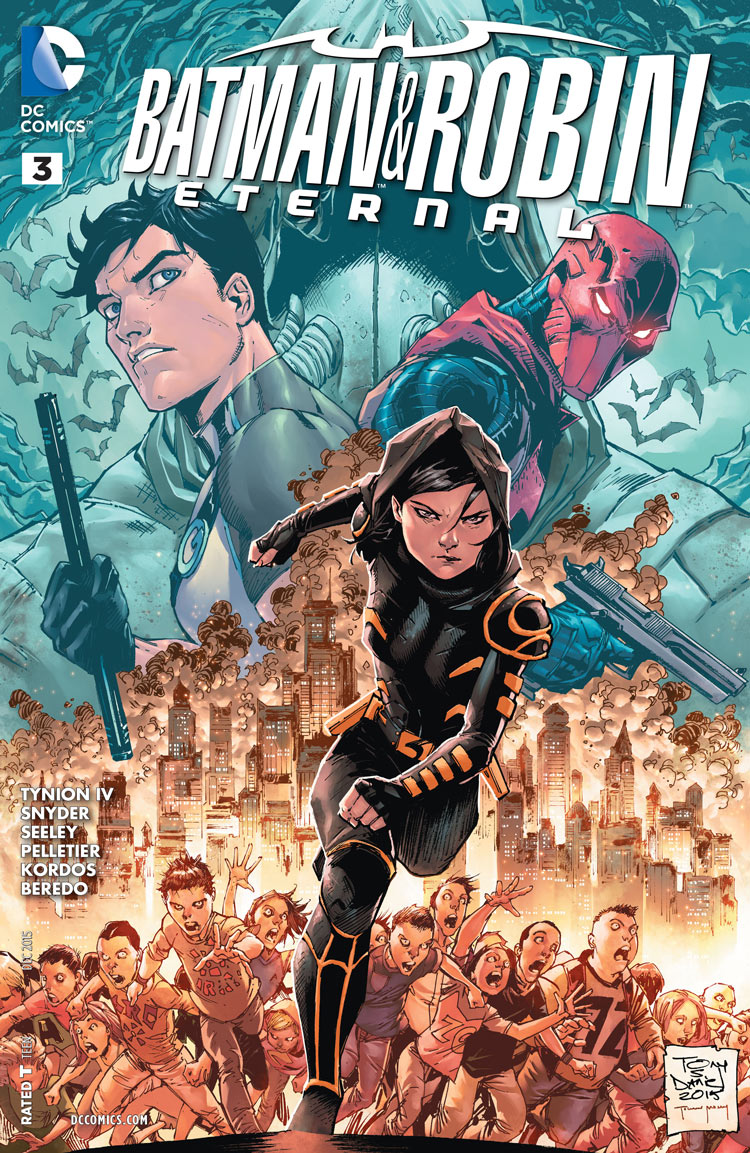