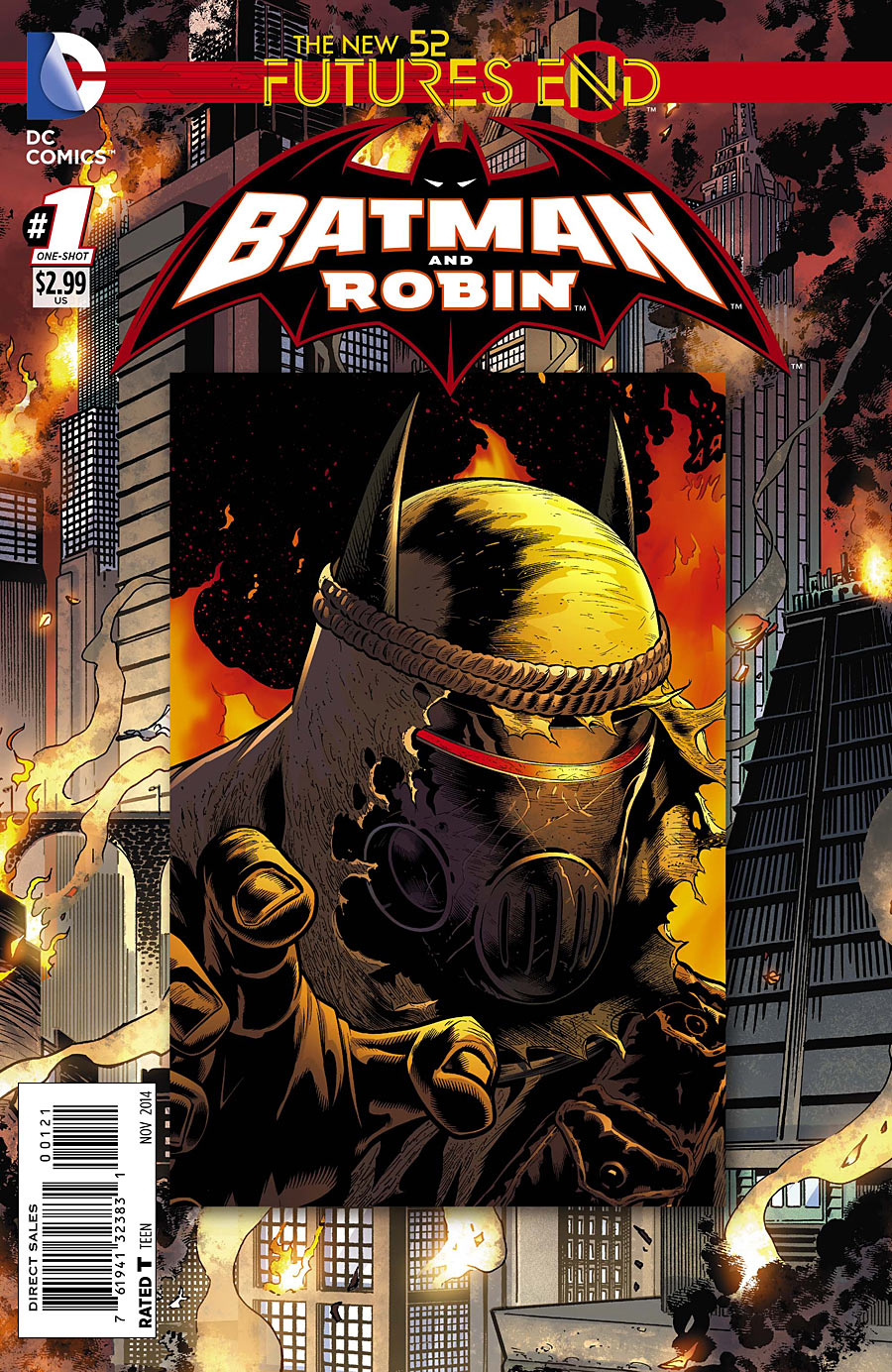 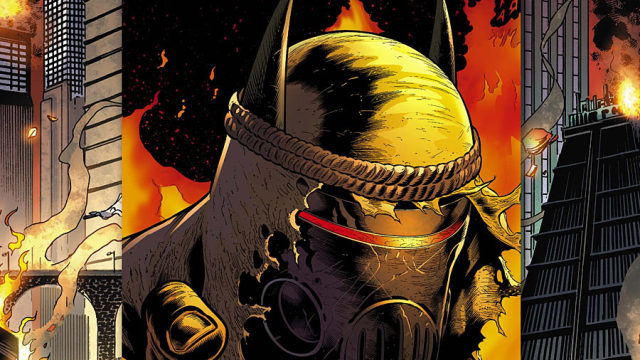 Ray Fawkes and Dustin Nguyen bring the saga of Batman and Robin five years into the future in this break from Robin Rises that, while it may not change the Batman universe forever more, brings a dynamic character into the fold in an entertaining story.

This creative team helps keep this one shot feel very grounded in the current Batman continuity from their work on Batman Eternal, and bringing up the old demons of the night Damian died certainly ties heavily into the past couple years of Batman And Robin stories. The majority of the issue is a single battle, but where this comic gets really interesting is the interactions of a new Robin with both Batman and Alfred. The new Robin, who Fawkes ties back into Zero Year very deftly, is an energetic and exciting character and he absolutely steals the show in this issue. This is a character readers are going to want more of, right now, and in that sense when I closed the issue I was actually sad this was a one-shot. Here’s hoping he makes it into the weekly series in some capacity, because this Robin needs to be in more comics.

As seen in Batman: Futures End last week, Bruce is in failing health. Fawkes (who also wrote the aforementioned issue) writes the banter between the broken Batman and overly cautious Alfred very well, showcasing how their relationship isn’t all that different five years later, even if they are both older and more weary. While the villain in this story doesn’t bring much in the way of actual interaction with Bruce, his very existence is enough to bring emotion into this story and show that just five years down the line Batman is not the man he once was, and is still haunted (and always will be) by that fateful night when Damian fell. Fawkes makes a wise choice of letting silence tell the story at the right times, and his artist backs him up well in that decision. Ray Fawkes is becoming a solid Bat-family writer and if this quality keeps up fans should be in for a treat with Gotham By Midnight.

Dustin Nguyen provides solid art from start to finish in this one, his style suiting the heavy amount of action in this comic well. The new Robin leaps from the page and he does a great job of giving this character an extreme amount of personality. The conflict between Batman and The Heretic is raw and brutal, the power of the character front and center at all times. Nguyen shows Batman’s stress and physical weakness well, though Batman does resemble Wolverine in stature at times which threw me a bit. I’m not sure if this is just style or if Bruce is physically undergoing some change, but either way it certainly doesn’t break the issue. Nguyen hits all the right beats in this one and he and Fawkes combine to deliver one of the strongest Futures End issues so far.

Ray Fawkes and Dustin Nguyen give readers a solid one-and-done with Batman And Robin: Futures End #1. They capture what the event is going for well, giving readers a glimpse of the future and, more so than many other issues, I want to read more of this book set in this time line. The sooner I can see more of this Robin, the better, and broken Batman is an intriguing notion. Hopefully the highlights of this issue make their way into the weekly series because there are some great plot lines to explore from Batman And Robin: Futures End #1.