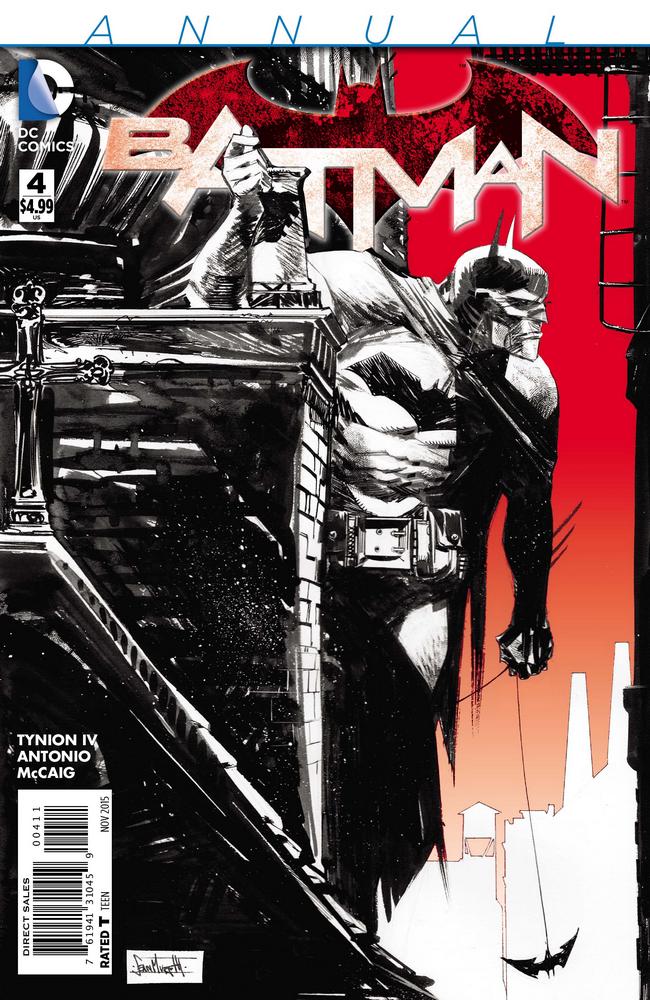 This conflict was inevitable, and I’m damn glad these storytellers told it with this issue.

James Tynion IV and Roge Antonio bring readers the tale I’ve been wondering about since it was revealed that Bruce is alive: what’s going to happen when he faces an old foe? Will muscle memory kick in? Is he as observant and quick witted by nature, or was that the old Bruce? Would he simply be crushed by them? Luckily, Tynion and Antonio have the answers for me, and they were very entertaining.

Thus far, the only writer to handle Bruce’s new “situation” has been Scott Snyder and DC was very smart to tap the capable James Tynion to be the next in line. If written poorly, this newly reborn Bruce Wayne could be unbearable to read, but Tynion has the same gift with him that Snyder does, giving him multiple layers and a sense of intrigue despite not being the character we’ve all known for so long. Tynion does a great job keeping us wondering what Bruce is capable of, but showing the character to be a capable and intelligent person even if he isn’t Batman anymore. His dialogue is clever, and the way Tynion handles the…rest of the cast, shall we say, brings out some interesting sides of New-Bruce. They act as brilliant foils to the current Bruce, and set up some intriguing plotlines for the character going forward. The events of this issue are not to be overlooked, as Tynion plants seeds for some very big things down the road, and his strong writing really makes this issue worth the cover price.

Roge Antonio’s artwork is solid, especially where layouts are concerned. There are some pages in here that are really interesting and his facial work with the cast is quite strong. He sells the confusion in Bruce and the madness in his foes well, and the depth of Tynion’s dialogue is sold in the eyes of these characters. While his style is a little rough around the edges, I found it fit the darkness of this script nicely. There is an ominous tone to the issue from the outset that Antonio captures nicely and I found his work with shadows masked some inconsistencies well. His style captured the emotion better than anything and that was what he really needed to sell.

Batman Annual #4 is a well crafted story that plants a lot of seeds for the Bruce Wayne 2.0 character. With this single issue he is no longer a blank canvas with no personality, and I’m very intrigued to see where the story goes from here. I highly recommend this Annual as a compliment to the ongoing Batman series.