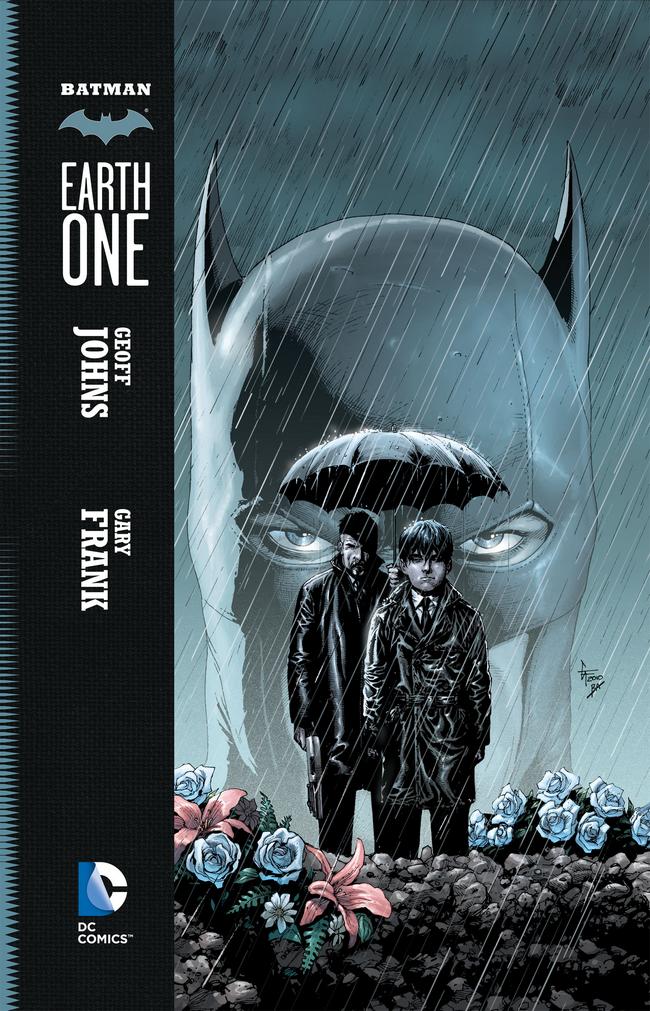 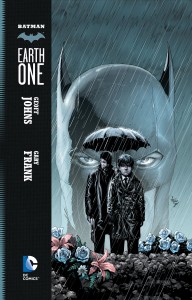 There are eight million stories in Gotham City; this is just one of them.

Batman is easily the most adaptable character at DC Comics, if not in all of superhero comics. He’s been a vampire, hunted Jack the Ripper, traveled through time, fought alongside the Justice League in space, and even become a Green Lantern. You would think after almost 75 years, there wouldn’t be a lot of dark corners or combinations to explore in his character. Batman: Earth One proves that wrong.

In this “out of continuity” graphic novel, Bruce Wayne is just starting out in a way we rarely see him: inexperienced, angry, running on the need for vengeance rather than justice. His parents’ deaths are still raw in his psyche and his nocturnal activities seem more about lashing out than protecting the innocent. In fact, more than any other Batman tale I’ve read to date, this one seems to rotate most around Thomas and Martha Wayne —and not simply for Bruce. I won’t spoil which key Gothamites pop in, except to say that the reader experiences all of them much more through the lens of the Waynes than through the Batman himself.

Alfred Pennyworth, in particular, plays a large, much-publicized role and he is every bit the badass Johns claimed he would be. A former military man and the Waynes’ chief security, Alfred is no gentile butler. Think Sean Connery ten years post-Bond and you’ll instantly envision what Frank has put to paper.  Alfred is an exceedingly compelling character, and he’s not alone on that front in this cast.

The one hesitation I have about the book is I’m not sure what I would have thought of this graphic novel had it been my first Batman book ever. Johns plays fast and loose with the origin, giving us familiar heroes, villains and supporting cast in roles new to them, almost to the point of eliminating any randomness in their creation. Everyone is connected, which is fascinating by comparison if you know Batman’s in-continuity history, but could potentially seem pat if this was your first encounter. That said, Batman: Earth One is a beautifully rendered book and the plotlines introduced in the last 10 pages alone make me super eager for the next volume. Next year can’t come soon enough.