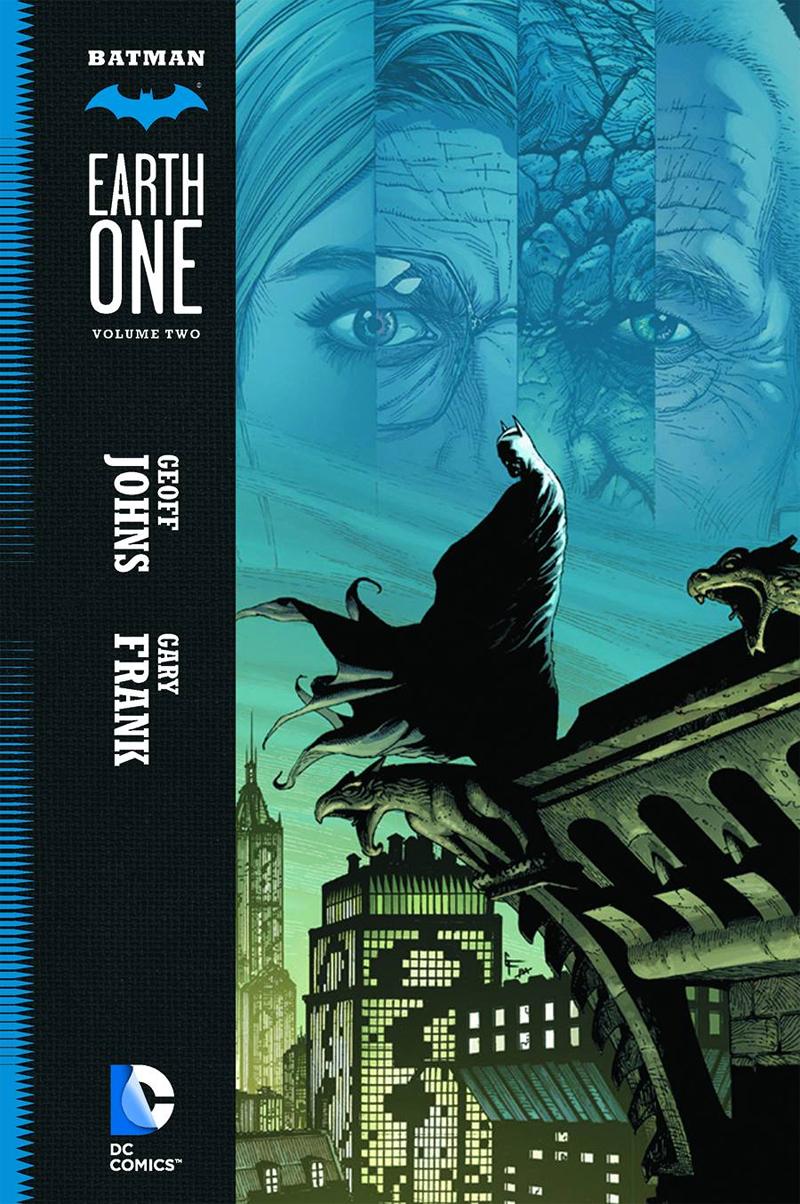 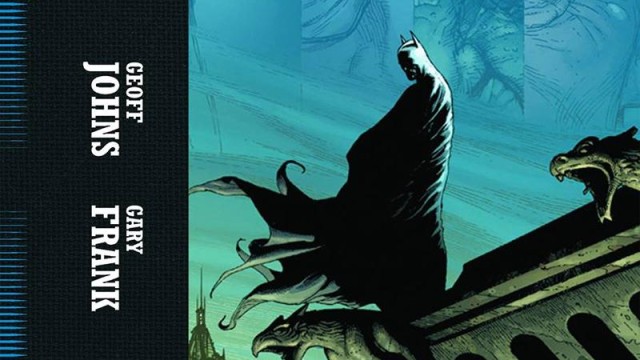 The Batman has established himself in Gotham City in the wake of Mayor Cobblepot’s death at the hands of his butler… I mean, bodyguard. And with Detective Gordon and the Dark Knight working more closely together than ever, the city has got to be cleaner than ever, no? Not quite. As Harvey and Jessica Dent, the Riddler, and a Killer Croc have Gotham turned upside down and inside out, it’s time for the Bruce Wayne to get serious about his mission and decide — can he be more than just the Batman?

Like Volume 1 of this series, Volume 2 of Batman: Earth One takes a lot of the familiar names and motivations behind characters that have spent over 7 decades in the public eye and turn them completely on their heads. It’s refreshing in one sense, because getting a new take on Two-Face or Killer Croc bolsters their mythology in a way that Batman himself enjoys already. You can have 1000 versions of Batman and they all feel intrinsically… Batman. For some of these other characters, we haven’t seen that opportunity present itself.

But at the same time, I’m not sure all the revisions work, but it isn’t for lack of trying on the part of the creative team. Geoff Johns has infused these pages with genuine motivation and personality for nearly every character in a way that I’ve only seen on either very long runs of Batman comics or the silver screen. And he’s done it in about 160 pages or less. That’s a pretty mean feat.

Alfred continues to be a standout character, although slightly more in the background to Bruce and Jim Gordon’s relationship this time around. Jessica Dent feels a little less empowered than I’d like in this volume (especially by comparison to the almost transcendental development of Lisa LaSalle over in Superman: Earth One Volume 3), but I have a feeling we’ve only seen the set-up here for a much more interesting third act to come.

The absolute star character Johns gives us, perhaps even overshadowing the Batman to a slight degree, is — believe it or not — Waylon Jones, the Killer Croc. I don’t know what it is about this character that is so in the zeitgeist the last two or three years, but MAN, this is an incredible portrayal of a desperately sad character who quite honestly, might just be the most sensible guy in the bunch. I won’t spoil his portrayal completely, but the scenes between him and the Batman are the most credible and touching in the entire volume. This is what Geoff Johns does best. 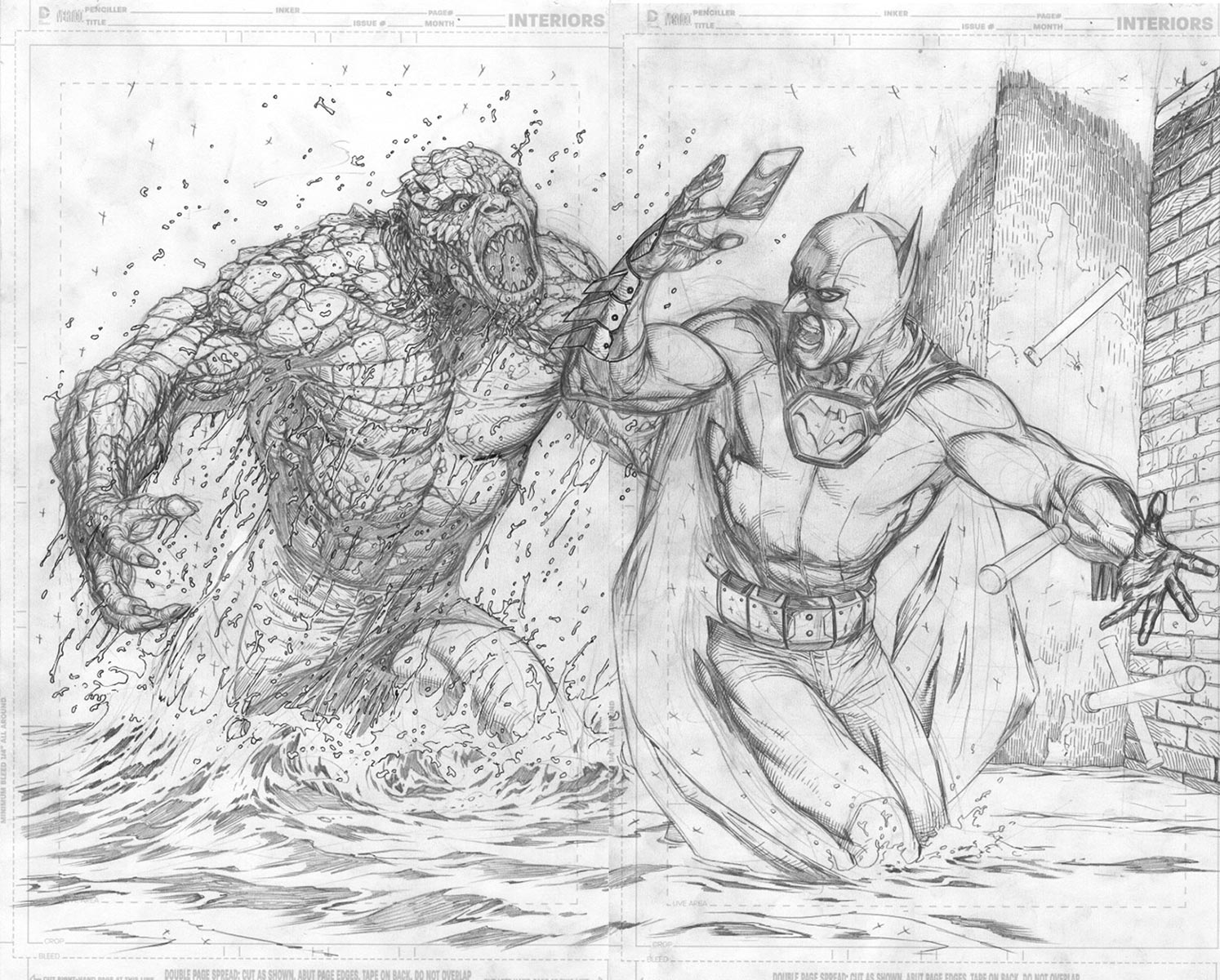 And Gary Frank’s handling of those moments, too, are part of what makes the volume so well put together. Frank has an innate ability to get to the realism of his figures. I believe there could be a man in the sewers with this skin condition. I believe in the construction of Bruce’s mask as if I were holding it — much more even than what we see in the movies and on TV. I believe a man could jump off a roof and maybe hurt himself a little landing. Frank’s work does its job of not making these action moves feel easy or painless. He imbues all his characters with their proper mass, somehow, and you feel their pain. And for a young Batman who still hasn’t got pretty much anything figured out, that’s really important.

As a result, Frank’s ability to keep the action moving across the page at amazing speed, never losing a detail of facial expression or figure, is even more substantial. This is what you want out of a graphic novel. The time put in and the care to ensure that every single page is perfect. We rarely get that in monthly comics, and it’s no surprise why, but when there’s an opportunity to see that, it does elevate your experience. And Gary Frank has done just that once again.

The only drawback in character design or construction is really the central antagonist, the Riddler, whose motivation seems lacking by comparison to every other figure in Gotham, which is odd quite frankly. Gotham City is never lacking in motivation. It oozes out of its pores into the writers’ pens like ink staining your hands. But here, we never approach the Riddler from anywhere but a distance, and there’s seemingly nothing personal at stake. And that leaves the narrative a little hollow for me in parts.

Another great addition to the Earth One universe, establishing the youth and inexperience of these heroes in a way we haven’t seen on the comic page in decades, Batman: Earth One Volume 2 is a definite buy for any fan of the Dark Knight, but particularly a good one for the uninitiated when paired with Volume 1. He may not represent the monolith that we know him to be today, but this Batman is aggressively human, and is a great place to start if you want to see a Dark Knight built from the ground up.