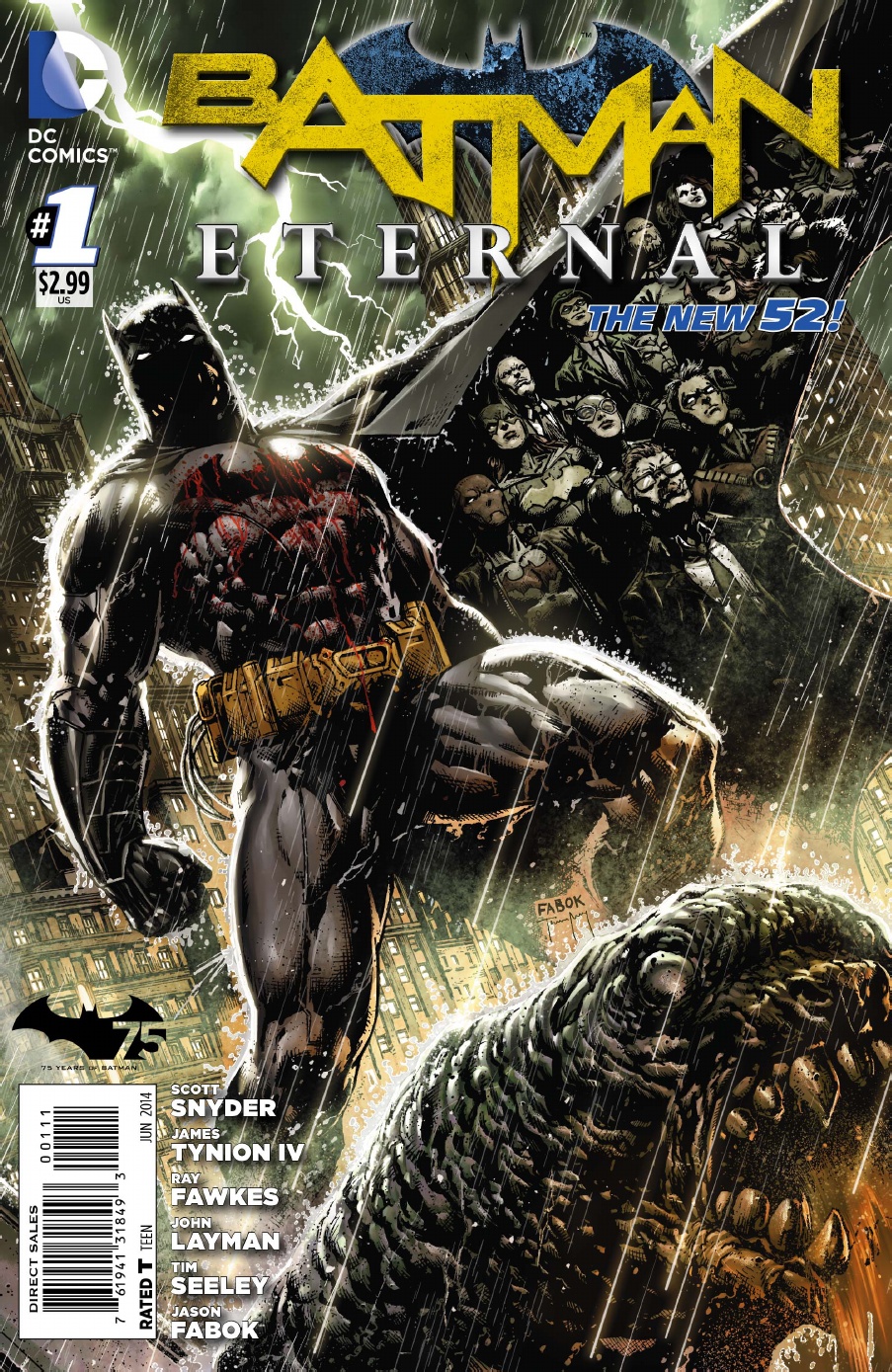 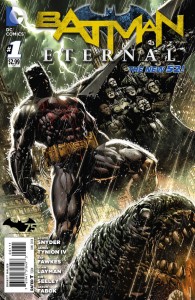 The yearlong adventure through the darkest corners of Gotham City begins today… just don’t call it a Batman story!

Something is haunting the Dark Knight’s closest colleagues — starting with his best friend and colleague James Gordon — and its going to take a full year to get to the root of Gotham City’s inevitable (it seems) destruction. And when the first tragedy strikes, there’s nothing Batman can do to stop the Commissioner from becoming the latest inhabitant of Blackgate Prison.

Snyder and Tynion (in consultation with other series writers Ray Fawkes, John Layman, and Tim Seeley) kick off this weekly series with a literal ka-boom, as a great disaster befalls the citizens of Gotham — seemingly the fault of Gordon. The set-up is very well done, giving us a picture of Jim Gordon in action and not simply standing on a rooftop waiting for Batman to arrive and depart. The writers do an excellent job of expressing just how much of an equal Gordon is to the Batman, and how devastating a slip-up or misperception can be to a man of this moral quality.

I get the sense that a lot of the creators involved have a great love for the Gotham PD from this issue, perhaps even a fondness for the now-classic Gotham Central series of last decade. There’s no sense of homage, though, so to see another take on these characters, their internal conflict, and their relationship with the Bat is both refreshing and welcome. The re-introduction of a classic Bat-supporting cast member as the fresh eyes through which the audience can see is inspired, and opens up all sorts of connections I’d hope to see develop — one in particular, given Gordon’s newly forced absence from the department.

Fabok’s sharp and clean pencils and inks lend themselves perfectly to an issue that focuses on characterization and quickly changing emotion like Eternal #1. His Batman is big, beefy, and towering, but still maintains a humanity about himself, particularly in conversation with Gordon. The action is fierce and flows through the pages in rapid-fire progression, giving the entire build-up to the ultimate disaster a real sense of panic. I already pretty much hate Major Forbes, based on Fabok’s close-up of his face alone, and the care he’s given to every facial expression and personality is honorable, particularly for a series that is going to rely less on masks and more on regular human beings.

If this first issue is any indication, Batman: Eternal is clearly going to be a series that functions in spite of Batman, not because of him, and I for one am pleased to see that opportunity develop for this cast. It’s been a long time since Gordon, Bullock, Sawyer, and many others have had their time in the limelight, and a mystery of their own to solve. Best begin here, and stick around for the bumpy ride to come!