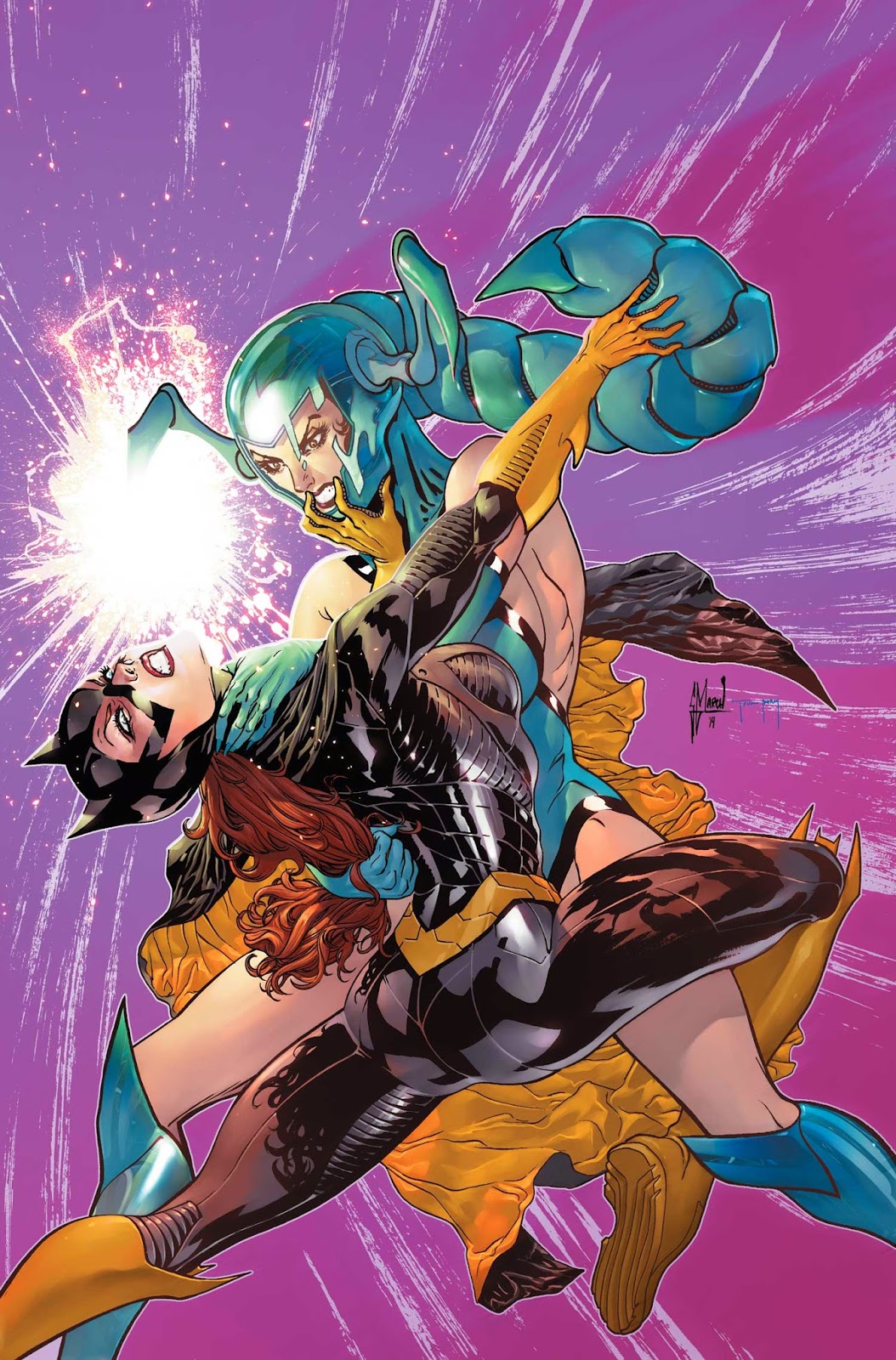 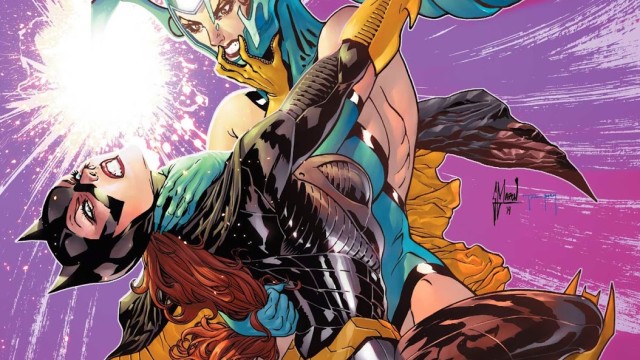 It’s a tale of four fathers and their daughters, as the Bat-family takes a quick intermission from the action in Gotham to check in on what made the heroines of our tale so driven. As Batgirl chases down a clue to the Commissioner’s frame job in Brazil, Stephanie Brown inches closer to her destiny as the Spoiler to the Cluemaster, and Julia Pennyworth shares a bit about her feelings in regard to having a butler for a dad. And that last daughter? Well, that one is a doozy.

Tim Seeley takes the reins for scripting this chapter of the ongoing weekly series, and brings with him a fresh feel for pacing and a genuinely interesting weave of characterization. The realization that so many of the female characters at the root of this story (and there are a lot, thankfully) have very particular relationships with their parents is a strong throughline. But it’s not handled in the way in which one might think “daddy issues” being laid out would result: these are driven, determined women who crafted their own destinies, in some part by leaving their fathers behind.

And it helps make this story about so much more than Batman, who is neither a major part of the narrative nor the surrogate father for any of these women — quite pointedly, in fact. In that sense, we get to understand the women of Gotham as being quite different than that the Robins that have worked alongside the Dark Knight over the years. Barbara Gordon is not a child of the Bat anymore than Stephanie Brown is, although the latter is given an interesting twist to her origin that connects the two very (very) loosely.

Julia’s place in the issue is probably the most interesting of all, given how little she truly knows about Alfred’s true responsibilities and accomplishments since her childhood. As a fascinating counterpoint to Stephanie’s revelations about her father, the Cluemaster, Julia is fleshed out by Seeley as quite angry, and one can only hope her education will bring her closer to the man who raised her, rather than the other way around with the Spoiler.

What brings these otherwise disconnected threads together in the strongest way possible, however, is the magnificent artwork by Ian Bertram. This is going to be a total love it or hate it situation, folks, but I am here to tell you — I’m firmly in the love it category. Stylized renderings of every character come across quirky and energetic, even with an obscene amount of pencil detail on every body, hand, face, and environs. Alfred’s hands are so aged next to his daughter’s wounded side, and frenetic personality just streams out of every last figure on the page.

I liken Bertram’s work to an underground comics version of Frank Quitely, and while it is a bit unfair to make comparisons, I think that should give the uninitiated a fair idea of what’s in store. This is not a conventional super-hero artist, but man, what I wouldn’t give for Bertram’s work — as is — to be considered such. Some of the best work of the past five years in super-hero comics has been by artists who work outside the box to bring a very different, emotional flavor to their work. And Bertram does that in spades.

Whether it’s Scorpiana practically leaping off the page, the crazy eyes of characters being chased across Rio, or the Edward Gorey-esque scene graveside with Batman and that final daughter figure that I just can’t bring myself to spoil (I think this is going to be important, folks), this issue is a work of pure and unbridled beauty. A narrative so perfectly entwined with art that makes you want to savor every page, Batman: Eternal #11 is by far the best issue of the series to date, and my absolute favorite of the week.