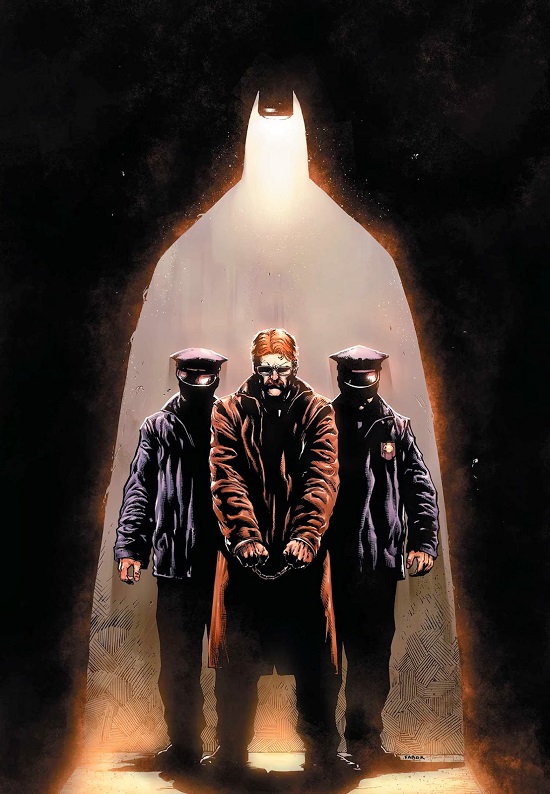 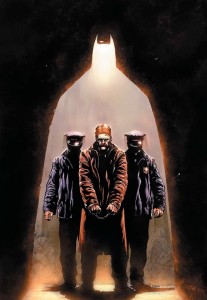 Batman Eternal erupted from the gate just last week and, I am damn happy it only took a week for #2 to hit my hands because this comic is on fire.

Scott Snyder, James Tynion IV and the rest of the gang (Fawkes, Layman & Seeley) are cooking up a Batman series that is grand in scale and the very definition of must-read. This is only the second week, but this series is full of energy and suspense already, with the stakes (and threats) seemingly rising by the page. The writers are bringing their A-game and I applaud this team for setting up this series so well, so quickly. Batman Eternal feels like an season of 24 set in Gotham, with Batman putting pieces together about the Gordon setup in a manner that cranks the tension dial to 11 and has readers on the edge of their seat the entire time. Snyder has stated that Tynion has done much of the heavy lifting on this particular arc of the series, and boy can this guy power-lift. This comic is paced perfectly: not a single panel wastes a precious second of time and mysteries being set up and reveals being timed perfectly. Tynion does a great job of evoking the frantic nature of this period of time, considering the events of the first issue, and the Bat-family is scrambling to get into gear. In this issue we learn the identity of the shadowed man pulling the strings of this event, and it is a fantastic reveal for long time Bat-fans. The danger and dread associated with this particular foe is evident in the final pages of this comic and Tynion does a fantastic job of evoking the feeling that, for at least a moment, the Bat is rattled. Issue #2 solidifies that the stakes in this series are going to be huge, large enough to support the large cast, and Tynion balances introducing the players in this game into the series while also driving the story forward. This comic has a ton of momentum and never feels like it is lagging for a second. It feels like we are learning with Batman in real-time as events are unfolding, which gives this weekly title a really unique feel. These skilled writers have paced this story to fit the publishing schedule perfectly and, when the writing is this good, I’m more than willing to pick up a weekly book.

The art duties are handled by Jason Fabok and he, quite simply, kills it. There is no disputing that Fabok pencils a damn fine Batman, and he continues his stellar work with the character in this issue. His pencils are sharp, with crisp inking and well defined lines that are never, at any point, sloppy at all. His facial work is fantastic in this comic, with subtle eyebrow changes adding a lot of life to these well known characters and really allowing their personalities to shine through. Fabok never falters, not for a single panel throughout the entire issue, and I find myself already worrying for whomever has the unenviable task of following him up in the series. Their work is cut out for them. The colour work by Brad Anderson is strong and suits Fabok’s style, and the tone of the series very well. His work adds to the rich landscape of Gotham and elevates these exceptionally strong pencils to drop-dead-fantastic pieces of art.

Batman Eternal #2 is an excellent comic that proves the strong first issue was no fluke. This series has immediately solidified itself as one of the best coming out of DC Comics, and a must-read for any Batman fans. There have never been this many strong Batman titles that each have their own unique voice, and Eternal really does bring a unique feel to the character. Fabok’s art alone is worth the price of admission, and Tynion will hook you by the second page and have you clamoring for more. You know a comic is good when you can’t wait a week for the next issue, let alone a month, and I want #3 now. Dive into Eternal now while it is easy, because this is going to be one hell of a ride.