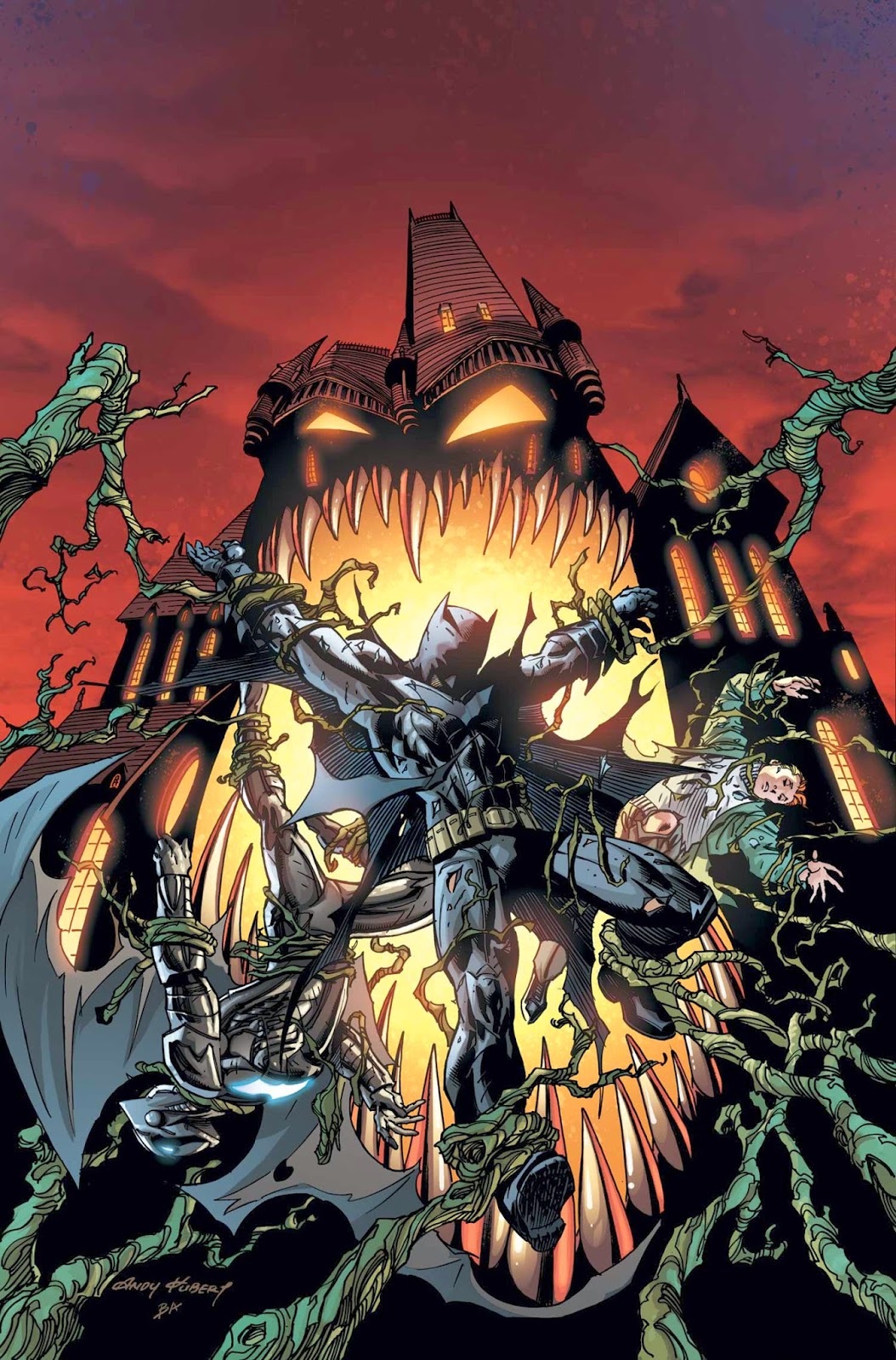 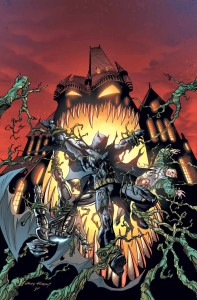 As a gang war looms in Gotham City, focus shifts to the macabre as Jim Corrigan, host to the deadly Spectre, arrives at Wayne Manor. Will Batman and Batwing be willing to follow where the grim ghost leads? And if so, will they be prepared for the next assault by the deadly Doctor Phosphorus?

There are distinct pluses and minuses to a weekly comic book. For sure, keeping fans coming back to the comic shop every Wednesday for a new chapter is a huge advantage for keeping your readers interested. The only dilemma is, you have to keep building on the prior week’s adventure, or else you’ve wasted the advantage of strong short-term memory on the part of your audience. Batman: Eternal #6 may not be taking full advantage in this case.

By itself, the issue is an engaging story. Fawkes begins his micro-plot involving the more supernatural elements of Gotham’s new “worst year ever” with not one, but two supernatural beings to bounce off of the ultimate techno-geek Batwing. To Fawkes’ credit, this is the most integrated I have seen Batwing in Batman’s world, and both his personality and role in the universe is seamlessly brought into the story.

We are also treated to the first significant introduction to Jim Corrigan’s personality and motivation in the New 52, and I’m pleasantly surprised at how charming he actually is. No grim and dour weight on this detective’s shoulders, which is a complete 180 from how those possessed by a larger entity in DC history tend to react. I get the feeling we’ll have as much to learn about Jim as about the Spectre in months to come.

Where I take issue with this chapter in the yearlong saga, however, is that it still feels like we’re solely engaging in set-up — which makes sense if you look at the whole 52 issue arc, but feels problematic six real-time weeks in. Maybe it’s the downside to the structure of the writing duties, where, unlike with Futures End or the classic 52, writers take arcs to tell their stories individually. Or maybe its because the series is planned from a 20,000 foot view of 52 chapters, so slow introduction still happening in #6 makes sense. But it doesn’t feel that way on the ground, and that’s working against the title in my opinion.

Trevor McCarthy handles art duties for the first time in the series run, giving us some fantastically creepy and beautiful scenes, particularly with Doctor Phosphorus and the Joker’s Daughter. His layouts are not nearly as creative as those we saw in Batwoman last year, but his attention to detail balancing with a strong, heavy inkline make for a really perfect graphic approach.

Particularly in regard to the supernatural elements Fawkes looks to be playing with in his storyline, McCarthy is indeed the perfect choice. Strong silhouettes and an interesting interplay between bright characters in very dark scenes make for an exceptionally moody tone. The only wish I had is that this tone carries over to the intermittent talking heads scenes, where unfortunately that feeling breaks every time back down into standard comic book flatness.

As a series, I’m very much enjoying Batman: Eternal, and even as an individual issue, #6 has a lot to love. But, the combination of the two — at this point in the ongoing — leaves me a little wanting. If every additional writer to come (Layman, Seeley, Higgins) have this sort of stop and start motion, it’s going to slow the momentum of excitement down to a crawl. And I want to have that rip-roaring adventure every week that we got in the first few issues. A weekly book really needs that to fulfill its mission.