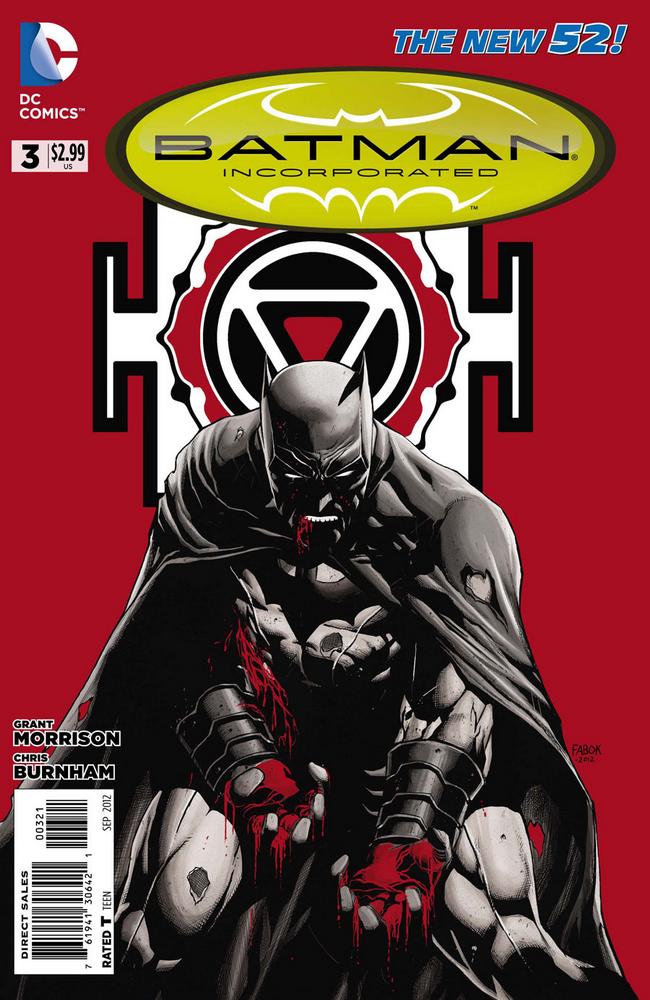 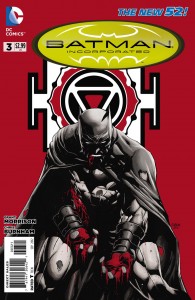 I’m genuinely torn as to whether Batman Incorporated is the sort of series I can actually recommend to anyone not reading it already. Don’t be misled by that number three on the cover, dear reader. While a somewhat late addition to DC’s New 52, Batman Incorporated is not a title in its early stages. In fact, all indications are that Grant Morrison is wrapping up (more or less) a story he started back in the pages of Batman #655. In 2006. (Just to provide context, Batman #655 was the first Batman story to follow the One Year Later event which acted as a soft relaunch of the DC universe after Infinite Crisis. That’s right, Morrison has been telling this story since the LAST reboot.)

So why should you take the plunge into Batman Incorporated #3 (or, even better, pick up Batman and Son, The Black Glove, Batman R.I.P., and the handful of Batman and Robin and pre-New-52 Batman Incorporated trades)? Because there are many dark pleasures within. Batman Incorporated #3 includes the return of Matches Malone, a classic but recently neglected piece of the Batman mythos. There’s also a noir-worthy ingenue whose alliterative first and last names are a syllabic rhyme for a (somewhat) recently dispatched love interest of Bruce Wayne’s. This is itself, of course, a clue as to what lies ahead — murder, betrayal, and enemies and allies alike assuming new masks and new identities. All of these elements are echoes of earlier events, a fact that active readers may find endlessly engaging, but that a casual reader might find inscrutable or simply odd. So how to prepare a new reader? How to entice an initiate to enter the fold?

Over the past six years, the conflict between Bruce Wayne and Talia al Ghul has allowed Grant Morrison to create what might be the perfect hermetic universe. Every action is a signal, every plot a performance, every gesture not only a ruse, but a feint that has always already been discovered and is intended only to conceal the next plan already set in motion. It’s brilliant, and maddening, and may or may not make sense if you go back to the beginning. (There may actually be no beginning, only a snake swallowing its own tail, another image repeated across these pages.)

If you’re a Grant Morrison fan, which I think I’ve made clear I am, you owe it to yourself to be reading this title. (Although chances are that you already are.) If you’re not a Morrison fan, then let me invite you to just dip your toe. Come in for the art — Damien’s scowl, Bruce’s powder-blue eyes, the way that Batman’s silhouette dances across Matches Mallone’s shades. The patterns are everywhere, but don’t be afraid if you don’t see them just yet. Stay just a bit longer. Turn the page. The answers are there, just out of reach.