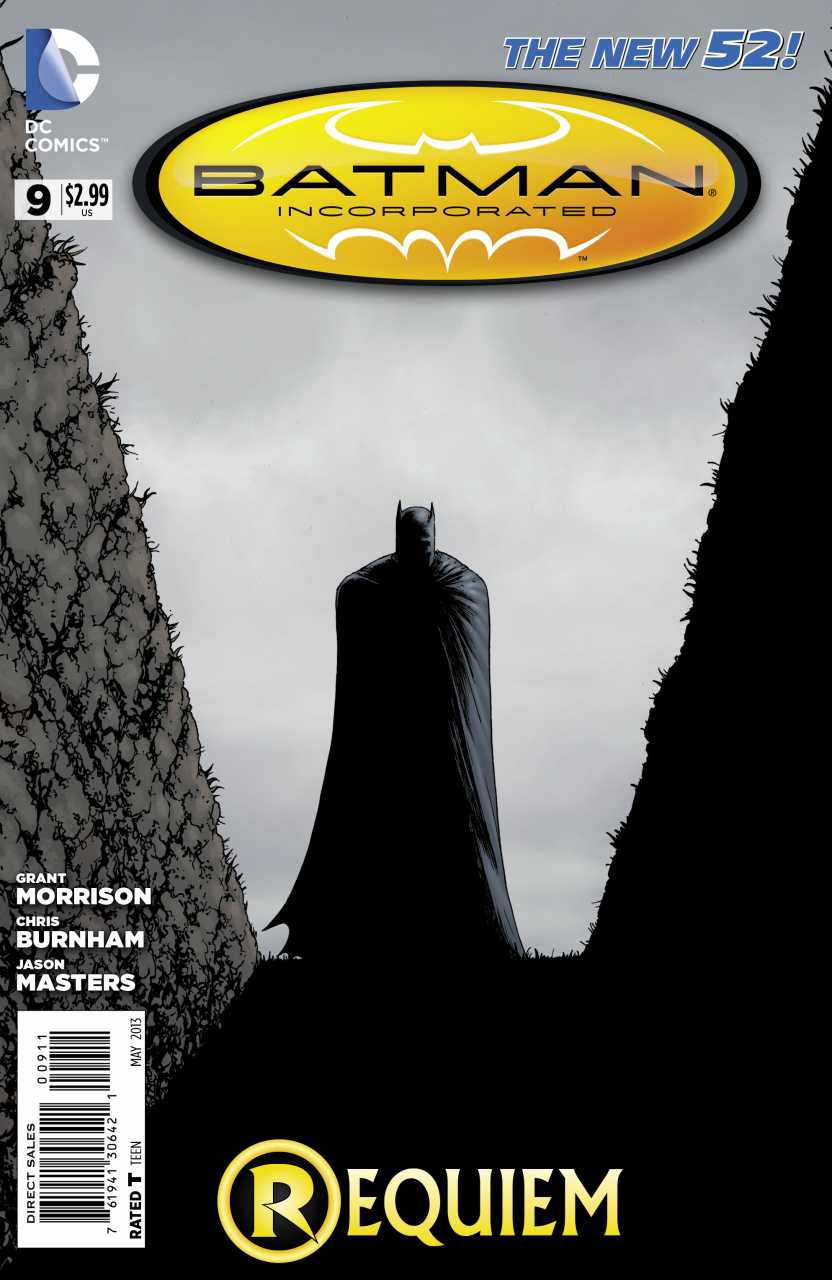 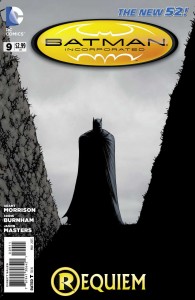 It’s the final Requiem story for the month, and we’re right back where we started — Robin dead at the hands of his cloned brother The Heretic, agent of Leviathan, and Batman in various states of mourning for his son. And as Batman Incorporated (and Grant Morrison) begins its final act, we see the preparations for the final battle to come on all sides.

Morrison has dealt significantly with death before, in both his early work Animal Man and the relatively more recent All-Star Superman. But what those narratives seemed to develop out of their respective looks at death — both familial and one self’s — was an introspective and wizened sadness that is completely missing here, replaced by a blinding rage that isn’t nearly as compelling. Batman naturally fights hard, although unsuccessfully, in the immediate moments of Damian’s death against the killer, but I get the sense that the fight continues in the Dark Knight’s head even at the funeral and in every moment that seems meant to reflect grief in a more quiet way. Sure, there are scenes of wordlessness (in a significantly less effective manner than the brilliant Pete Tomasi-written Requiem issue of Batman and Robin earlier in the month), but overall they come off as cold and hard, the playacting of a man who lost someone he only thinks he should feel bad about losing — and that’s not how I want to remember Bruce’s relationship with his son. 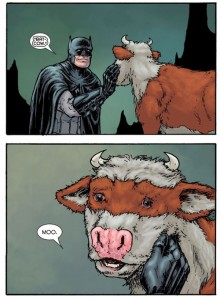 The one significant exception to this feeling is the two panel interaction between Batman and his son’s pet Bat-Cow, a gag that could come off as utterly (no pun intended) silly, but was so heartfelt and resonated so significantly for me, it almost made every other scene inconsequential.

Burnham’s art is perfect for depicting Batman as the psychedelic James Bond of the super-hero set, with clean line, impressively hulking figures, and an action scene between Batman and the Heretic that, while short, was choreographed better than any fight I’ve seen in comics in years. While Burnham (or the briefly interspersed Jason Masters) may not be the best choice for more emotional scenes that require vulnerability and softness — two characteristics that just don’t seem to translate in Bruce, Dick or Alfred, even in the funeral scene — I do greatly appreciate the consistency of vision this book has maintained. I have no doubt that upcoming months in the final battle between Bruce and Talia will appear nothing short of spectacular.

Had DC not taken the entire month as an opportunity to expound of the events of Batman Incorporated #8, perhaps the events of this issue would have a stronger effect, but as it stands, many of us feel as cold to the death of the boy we cried for weeks ago as his warring parents appear here. Here’s hoping the compilation will ultimately redeem this chapter more than its read as a single issue has.