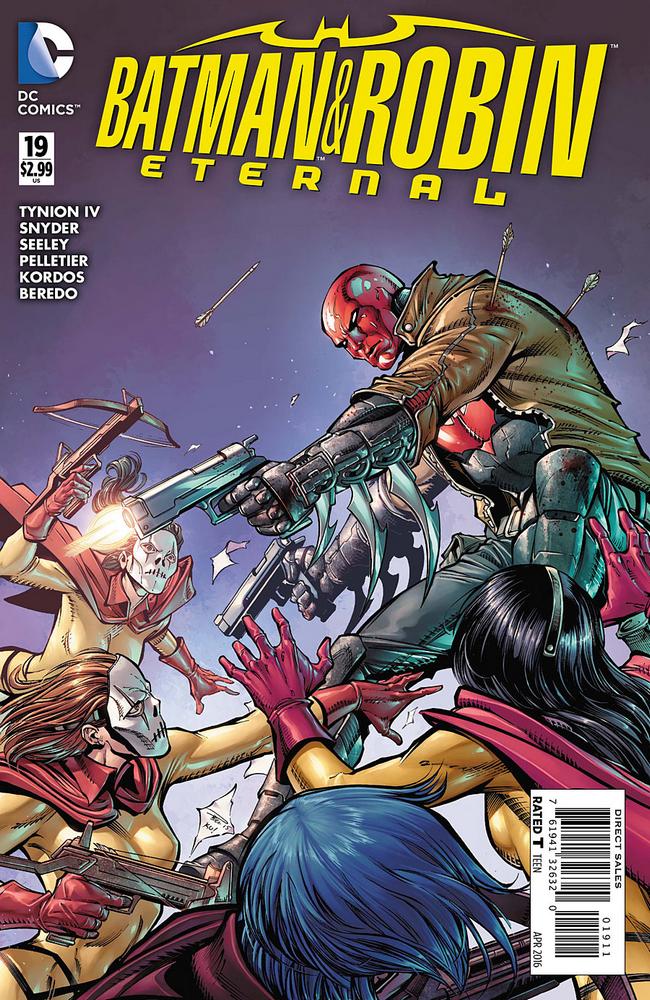 The kids aren’t alright, y’all. Mother’s master plan is underway and all hell is breaking loose…sounds like fun, right?

There are aspects to this issue that are fun, though on the whole it feels rushed. The artwork, which I’ll get to in a bit, is a huge part of that, but even the script reads at an uneven pace that takes quite awhile to develop a fairly limited amount of story progression. The pacing of a weekly comic is a nightmare compared to the flow of monthly issues or OGNs, and B&R Eternal has been good for the most part, but this issue feels like it is stretching out a fairly basic concept to fill up some pages. The story feels erratic at points, and not because the characters are exactly off balance. They are at once concerned with the events of the issue and joking, and with the rushed artwork some beats come across as being off-time and off-tone.

At points the story feels quite thin, and while the dialogue isn’t poorly executed, there are pages that feel like they are reiterating plot points or simply stating foregone conclusions. The events of the issue are not unexpected based on the lead up to this point, but this is one of the thinner issues of the series so far, as far as plot depth is concerned. With huge revelations for this story coming in the past couple weeks, this issue feels so straightforward that it borders on boring.

It saddens me to say this, but Paul Pelletier’s art is some of the weakest work I’ve seen from him during his tenure at DC Comics. The pencil work is very inconsistent from page to page, specifically where facial expressions are concerned. Several characters are almost indistinguishable from one other save for costume and colouring, and while many in the Bat-family have similar physical characteristics, this is due to unfinished artwork as much as anything. The artwork detracts from the story at points, due to some awkward anatomy and character poses and this is just generic work at best.

Batman & Robin Eternal #19 is a disappointing chapter in a weekly series that I have enjoyed on the whole. Weaker chapters are to be expected throughout this journey, and #19 suffered from some seemingly rushed artwork and a story that was very straightforward. Here’s hoping there’s some stronger visuals in store next week.