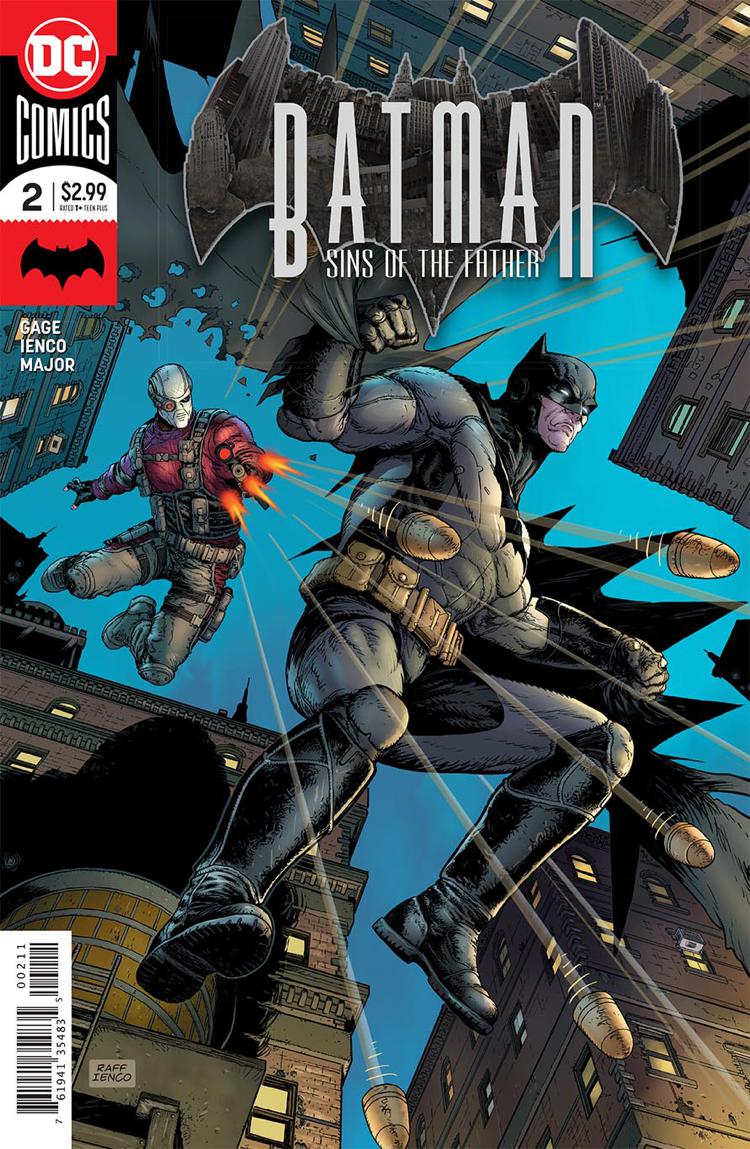 The second chapter to the bridging series for the popular Batman Telltale video game doesn’t disappoint. Gage and Ienco are a dynamic duo creative team, bringing to the table both an intriguing detective story filled with panels upon panels of action.

After Batman’s surprising encounter with a new but impressive assassin, the Dark Knight faces who he deems as a “deadshot”, going head to head with two skilled villains and his guilty conscious. Christos Gage continues penning Bruce Wayne’s struggle with accepting his father, Thomas Wayne’s criminal past and the innocent families ruined by his actions and how it intertwines with his role as the Caped Crusader. Perhaps one of the best sequences involves a talk between Bruce and his surrogate father, Alfred Pennyworth, that beautifully defines their relationship and the Batman’s mission. Between sweet moments with Alfred, a detailed look into Bruce’s detective work and Batman’s second encounter with Deadshot, Gage writes another thrilling chapter in this limited series.

A Celebration of 8 Decades

Raffaele Ienco continues to draw classic environments, such as the illustrious Batcave and the insane walls of Arkham Asylum, and classic characters such as Deadshot, Black Spider and Alfred Pennyworth, with beautiful ease that can be enjoyed by any Bat fan. Ienco’s art mixed with Gage’s story results in a classic case for the Dark Detective and a refreshing embrace to the 79 year old mythos.

Tell of the Telltale

After reading Part Two of Gage’s story, I still highly recommend “Sins of the Father” to both huge fans of the video game series and if you love a good detective story with a punch (or two…or three…). I’m very excited to read Part Three and both the physical and emotional journey it will take the Dark Knight.