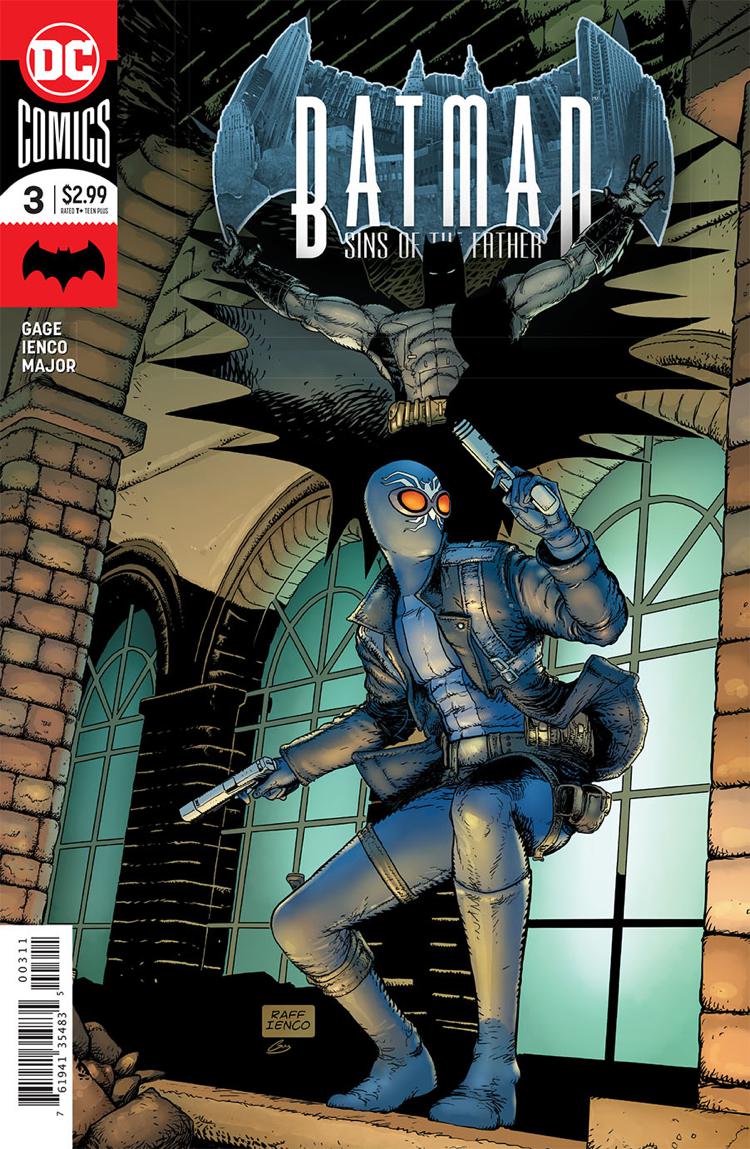 One of the best signs of a fantastic Batman story is when the Dark Knight sees himself in what he believes to be the villain, truly showing his evolving character. Gage and Ienco continue this limited series with somehow both the swagger and action of a classic James Bond flick, fitting well within this exciting video game universe.

The Man in the Mirror

Batman breaks into Arkham Asylum, despite having a recently troubling experience inside the padded walls, to receive more information about the assassin Deadshot. What the Caped Crusader discovers is a past eerily close to his own in deceit and tragedy that can possibly be rectified without the use of the cape and cowl. Gage constantly draws me in to how much Bruce evaluated himself within the eyes of not just his father’s terrible acts but also the mission that lies ahead of him. As Batman’s he proves to be as ready as ever in his perfected prowess as Gotham’s protector but still remains forever vulnerable when dealing with a subject matter literally close to home. Gage approaches Bruce’s complexities with ease in this limited run while creators continue to crack this Bat code for decades.

The Classics of The Dark Avenger

Raffaele Ienco’s entire issue is stunning, but the first few pages involving Batman communicating with Alfred each step into successfully infiltrating Arkham is nothing less than masterful. From the Batarangs to the paneled fight with Black Spider, Ienco’s art continues to flow with how the Dark Knight operates, making each page a true turner.

The Wellness of Wayne

It’s almost a shame this limited run is half way over but I’m over the moon excited to see what issue four has in store, especially after that final introduction. I’m always open to new ways of diving into the psyche of Bruce Wayne and “Sins of the Father” truly doesn’t disappoint.