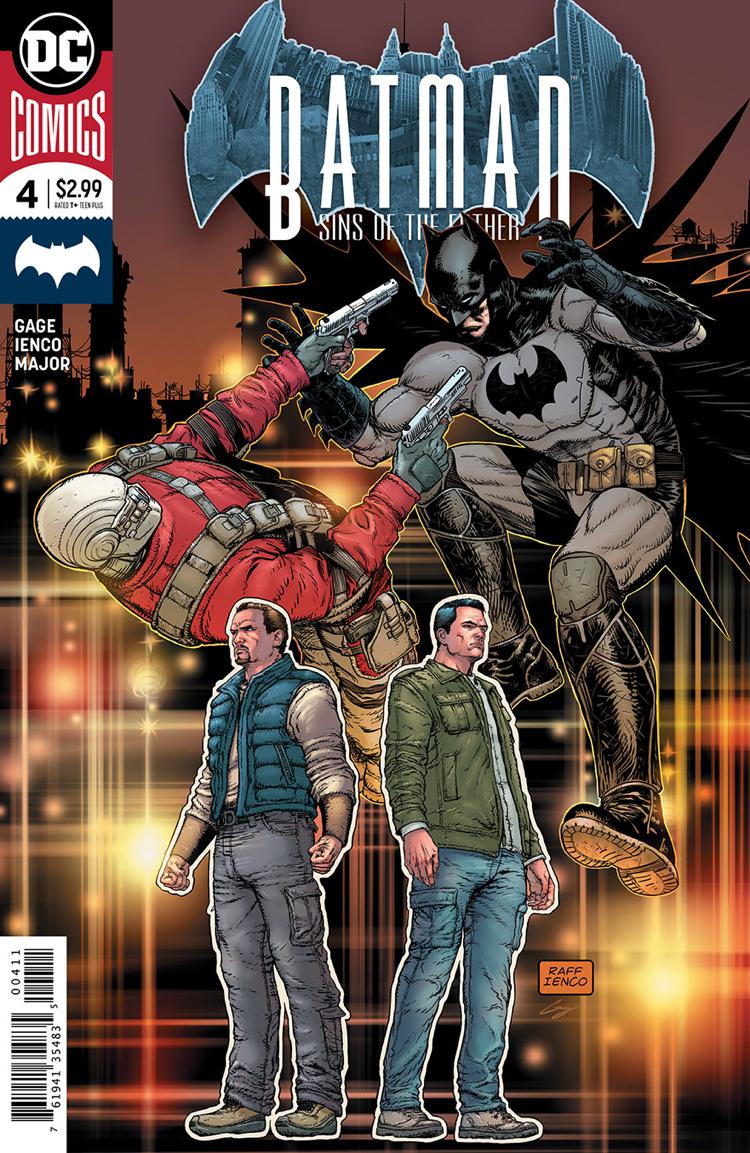 The Man Behind The Cowl

I’ve always loved a Batman story where Bruce Wayne is actually the focal point, with the surrounding comic centering around his billionaire playboy persona. But what’s an even BETTER Batman story with Bruce is utilizing his instincts as The Dark Knight in a tailored suit instead of the Batsuit. This is what Christos Gage presented in part four of this so far thrilling mini series.

Batman tried to get to the bottom of assassin Deadshot’s motives in hunting his victims. The best way he believes how is to go as Bruce Wayne and speak with Floyd Lawton, another billionaire with a stately manor and, a huge bonus, an award winning shot. Bruce’s visit goes from friendly to frightening when he learns about Lawton’s troubling childhood, from his abusive parents to the tragic tale of his older brother, making Wayne and the ones closer to him Floyd’s next targets. Comparing one tragic childhood to another, writer Christos Gage gives the reader deeper insight into what made Deadshot perhaps the universe’s greatest marksman. The dialogue continually aligns Lawton’s rogue status with how tragedy formed Bruce Wayne into the Batman, fighting for justice in more heroic fashion. Gage’s intense writing was matched well with Ienco’s illustrations, making it another fantastic Bruce Wayne, rather than Batman, story.

With each review of this Tell Tale Games tie in series. I always say Raffaele Ienco draws the Caped Crusader seemingly with ease, implementing Batman’s classic iconography and movement that is built within the foundation of this 79 year mythos. For this issue I also applaud Ienco’s depiction of Bruce Wayne, in particular since his confrontation with Lawton is the focal point. Ienco champions facial expressions, ranging from close up to both angry and saddened eyes to capturing the full emotion of both Bruce and Floyd, both the artist and Gage conquered such sensitive subjects for the two main characters in this comic; Bruce slowly coming to terms with the monster his father, Thomas, was to those he placed within Arkham Asylum, the repercussions of Thomas’ actions and the horrible past that haunts Floyd Lawton and his entire family history. The emotional engagement within this issue makes it another win within this short saga.

Their Paths Chosen by Pain

While I can’t turn down a big action packed issue, Part four of “Sins of the Father” was driven by the pain of the men behind the mask and the cowl, adding more dimensions to their heroic and villainous characters. I can’t wait to see how Batman will move forward after how he left things with Lawton and what Deadshot has in store for himself and the ones he loves.