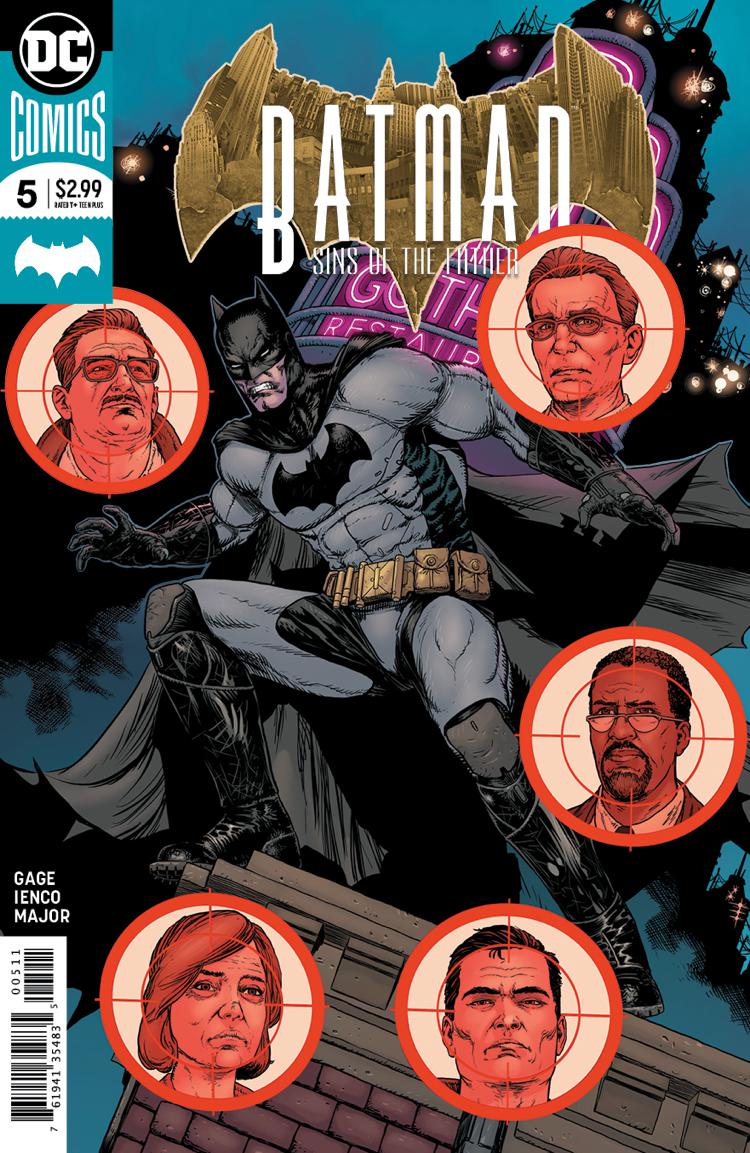 The Guilt of Bruce Wayne

Part five of this six issue series brings Bruce Wayne’s guilt and sorrow of his father’s past heinous crimes to the forefront all while shining a light how this plays into making him a better Batman. Christos Gage and Raffaele Ienco’s bridging Tell Tale saga hits a climactic point in a thrilling and personally charged chapter that puts everything that the Batman cares for in jeopardy.

After Bruce Wayne goes head to head with Floyd Lawton, as the Batman he has to assure to watch out for his close allies and loved ones from Deadshot’s perfect aim. Writer Christos Gage pens one of the most heart wrenching pages in this entire mini series: Bruce confronts both Lucious Fox and Alfred Pennyworth, acknowledging how much they have helped and shaped him into the man he has become. “Part Five” is the most personally charged in the arc and still includes perfect moments that define the brilliant detective work of the Dark Knight.

The Eyes of Thankfulness

This issue gives a great balance between emotional moments and thrilling action and Raffaele Ienco continues to beautifully execute both. Whether it be Bruce quickly changing into the Batsuit, racing in Batmobiles in the dark streets of Gotham to the Batsignal shining from the roof in the night sky as Batman meets with Commissioner Gordon, each panel represents the character’s celebrated iconography all while staying true to the Tell Tale video game universe. Whether or not Ienco illustrates the fast motion of the DC icon racing against time or the still moments caught in the blue teary-eyed Bruce Wayne, the art doesn’t disappoint and is still wonderfully paired with Christos Gage’s storyline.

New Legends of the Dark Knight

Part five of “Sins of the Father” is definitely my favorite in this short series and it makes me anticipate the conclusion. Although this saga isn’t part of the regular continuity, I continually recommend this Batman series to any fans of the character; it reads like many classic stories with a refreshing twist on character developments and evolution.