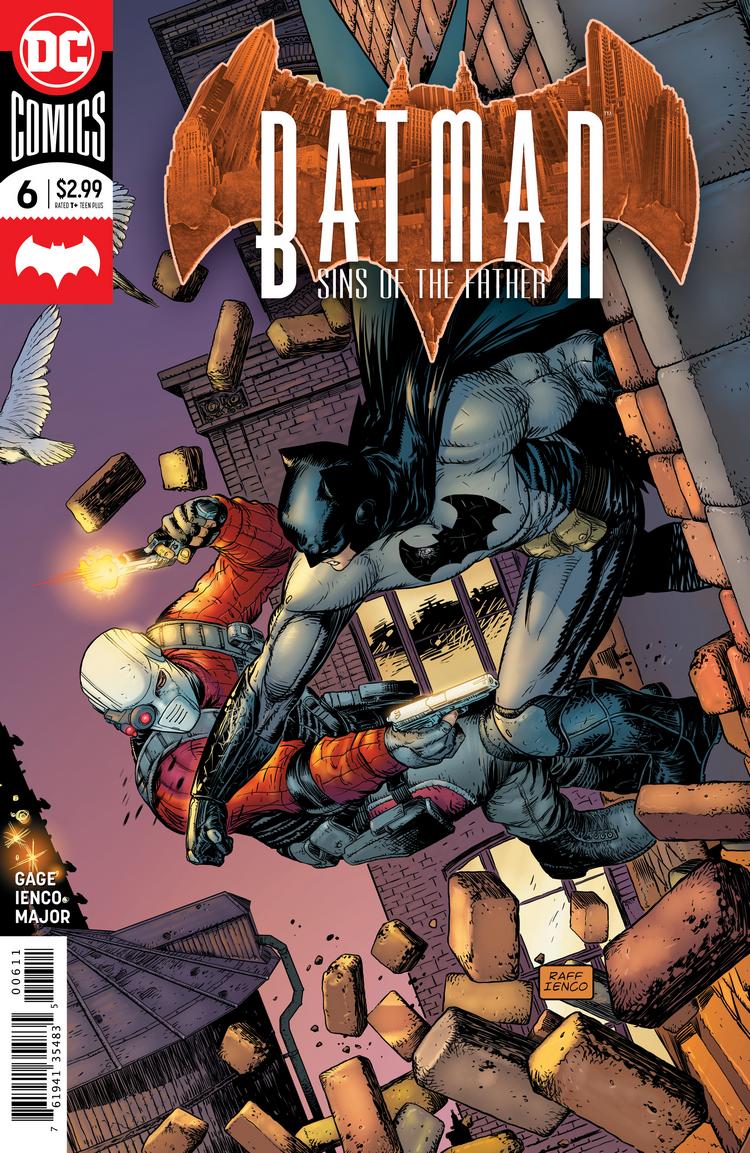 The Man In The Mirror

This six issue arc highlights Bruce Wayne more than Batman and I personally appreciate stories that reflect the man behind the cowl. Christos Gage and Raffaele Ienco’s “Sins of the Father” in its final chapter reveals both a classic Batman tale and solid look at Bruce’s mind and soul that truly defines his heroic persona.

In order to save Alfred Pennyworth and other hostages from the assassin’s bullet, Batman has to go up against Deadshot and his personal fears. Gage’s dialogue between Bruce Wayne’s Batman and Floyd Lawton’s Deadshot illustrate the hurt that both hero and villain still hold in their hearts thanks to their tragic childhood. However, as many well written Bat stories will tell us, Batman channels that tragic past into helping and protecting Gothamites, not resorting to an evil agenda.

Another commendable aspect of Gage’s Batman fantastically seen throughout this arc is the Dark Knight’s incredible skill with knowing his enemy, even surprising the foe he goes up against. As Bruce Wayne comes to terms with his father’s horrific crimes and learns not to take on those burdens, Batman also evolves into a better hero because of this newfound acceptance of his family’s past.

The art is quite excellent in this and all six issues of “Sins of the Father”. Ienco’s pencils and paneling for the final chapter brought both the gritty aesthetic of a Gotham City skyline and the bleak wonderment of the Batcave. At the same time, Ienco still captures the expressions from every character, from Lawton’s astonishment of Batman’s skills with guns to Alfred’s love for his surrogate son. The art in this short series matched with Gage’s story and brought the art of the video game to the comic pages.

The Man And The Bat

“Batman: Sins of the Father” was one of the most enjoyable Batman limited series I’ve read in some time. An added bonus was that this story is based on a game that I thoroughly enjoy as well. Even though it’s not a mainstream tale, this is an arc to check out if you’re into the current line of King and Tynion; both Bruce and Batman are given focus, bringing more depth to this DC icon.